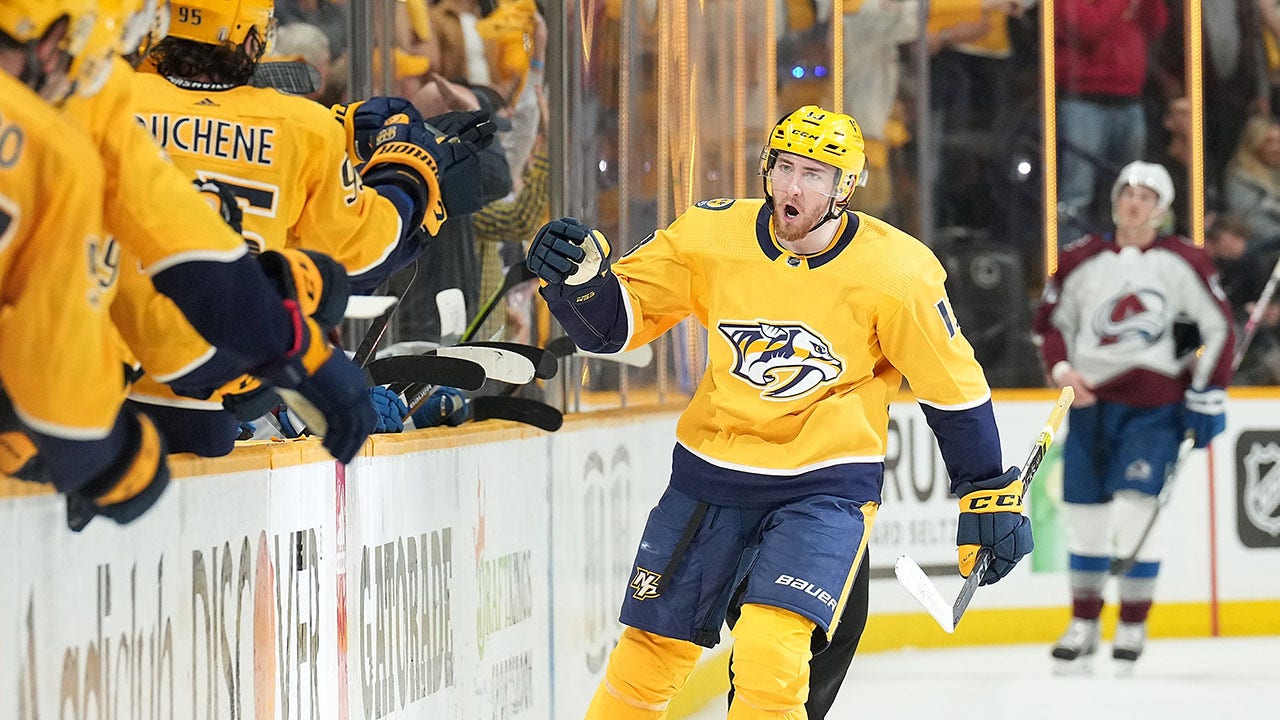 The Czech Republic announced this week that it will not issue visas to Russian-born players ahead of the NHL’s Global Series, which kicks off next month with a game in Prague between the Nashville Predators and the San Jose Sharks.

Deputy Foreign Minister Martin Smolek said in a statement that the government sent a letter to the NHL informing them of their decision, citing its stance on Russia’s invasion of Ukraine in February and continued aggression since.

The NHL logo on April 24, 2022 at the Prudential Center in Newark, New Jersey.
(Rich Graessle/Getty Images)

“We can confirm that the Czech Foreign Ministry has sent a letter to the NHL to point out that, at this moment, the Czech Republic or any other state in the (visa free) Schengen zone should not issue visas to the Russian players to enter our territory,” the statement read.

The ministry added it informed the league “about ongoing negotiations about banning entry for those citizens of the Russian Federation who already had received valid visas before.”

The NHL announced in February that international games were returning for the first time since 2019 with matchups between the Predators and Sharks and the Colorado Avalanche and Columbus Blue Jackets – the latter is set to be played in Tampere, Finland, in November.

Yakov Trenin of the Predators celebrates his goal against the Colorado Avalanche during the Stanley Cup playoffs at Bridgestone Arena on May 9, 2022, in Nashville.
(John Russell/NHLI via Getty Images)

While the team rosters have not been finalized, both the Sharks and Predators will be affected by the Czech government’s decision.

Nashville’s 25-year-old center Yakov Trenin was born in Chelyabinsk, Russia, and represented his native country in the 2017 IIHF World Junior Championships, where he earned a bronze medal.

Sharks’ Russian-born forward Evgeny Svechnikov will also be questionable. He represented Russia at the World Junior Champions, earning a silver medal prior to his NHL career.

Evgeny Svechnikov of the Winnipeg Jets on the ice against the Seattle Kraken at Canada Life Centre on May 1, 2022, in Manitoba.
(Jonathan Kozub/NHLI via Getty Images)

The ministry declined to say whether the NHL has replied.

Czech Republic Minister of Foreign Affairs Jan Lipavský, who was in New York this week for the U.N. General Assembly, gave an address where he spoke out about Russian aggression.

“Russia’s unjustifiable, unprovoked and illegal war of aggression against Ukraine does not only blatantly violate the UN Charter. It badly damages global economy and food security of many countries gathered in this hall. It seriously threatens the rules-based international order. It harms all UN member states,” he said in a statement.