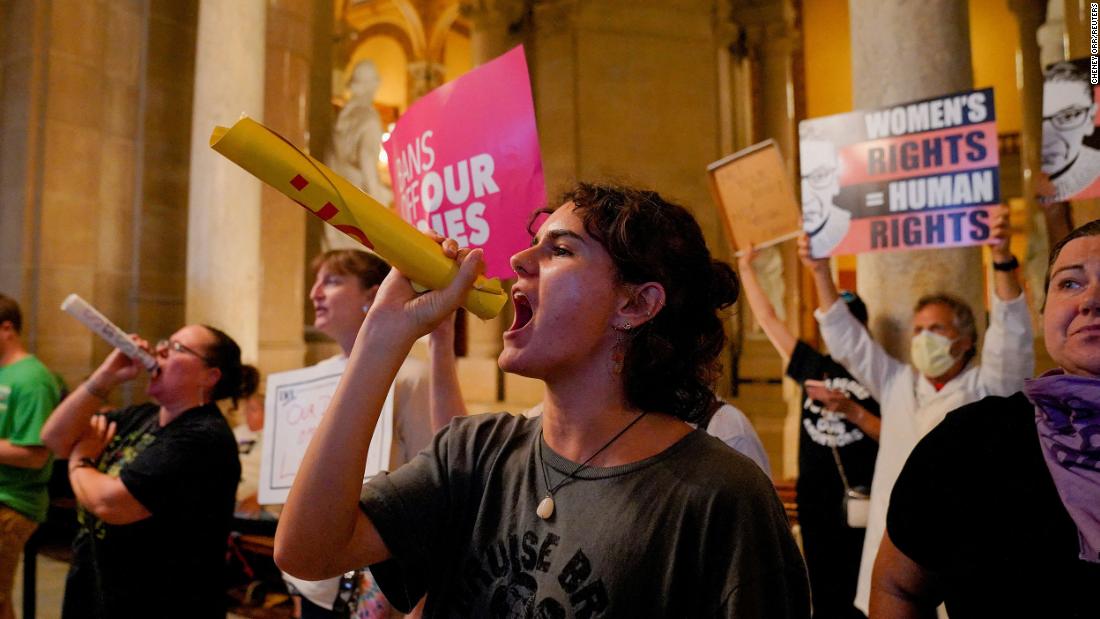 The court order allows for abortions up to 20 weeks after fertilization (or 22 weeks after the mother’s last menstrual period) to resume in Indiana.

The abortion ban, Senate Bill 1, which was passed over the summer during a special session, took effect on September 15.

Indiana abortion providers and a nonprofit that operates a pregnancy resource center in the state filed their lawsuit last month, seeking to block the law from taking effect.

The special judge in the case, Judge Kelsey Hanlon, declined on September 15 to issue a temporary restraining order pending a Monday hearing on plaintiffs’ motion for a preliminary injunction.

On Thursday, Hanlon granted plaintiffs’ request for a preliminary injunction while their lawsuit continues.

SB 1 bans abortion with exceptions to save the woman’s life, prevent any serious health risk to the woman and for lethal fetal anomalies, up to 20 weeks post-fertilization.

It also allows exceptions for some abortions if the pregnancy was a result of rape or incest during the first 10 weeks post-fertilization.

SB 1 was passed by lawmakers in a special session in August, making Indiana the first state to pass a restrictive law against the procedure since Roe v. Wade was overturned in June.

They argue that the Indiana constitution provides a privacy right that includes a woman’s right to determine whether to carry a pregnancy to term, while lawyers for the state say no judicially enforceable right to privacy exists, according to the judge’s order.

In her order, Hanlon wrote that “there is reasonable likelihood that decisions about family planning, including decisions about whether to carry a pregnancy to term – are included” in the constitution’s protections. The judge, however, did not agree with plaintiffs that the ban violates the constitution’s equal privileges protections by discriminating against abortion providers.

Plaintiffs and litigators said in a joint statement they’re “grateful that the court granted much needed relief for patients, clients, and providers but this fight is far from over.”

“We knew this ban would cause irreparable harm to Hoosiers, and in just a single week, it has done just that,” they said.

“Our office remains determined to fight for the lives of the unborn, and this law provides a reasonable way to begin doing that,” he said in a statement.

Indiana Right to Life, which opposes abortion and supports SB 1, argued that “today’s blockage of Indiana’s new law means over 161 unborn children will continue to lose their lives to abortion every week this injunction stays in effect.”

“We are encouraged by the judge’s acknowledgement of the state’s legitimate interest in protecting unborn babies and are hopeful the blockage will be brief,” the group’s president and CEO Mike Fichter said in a statement.

This story has been updated with additional reaction.