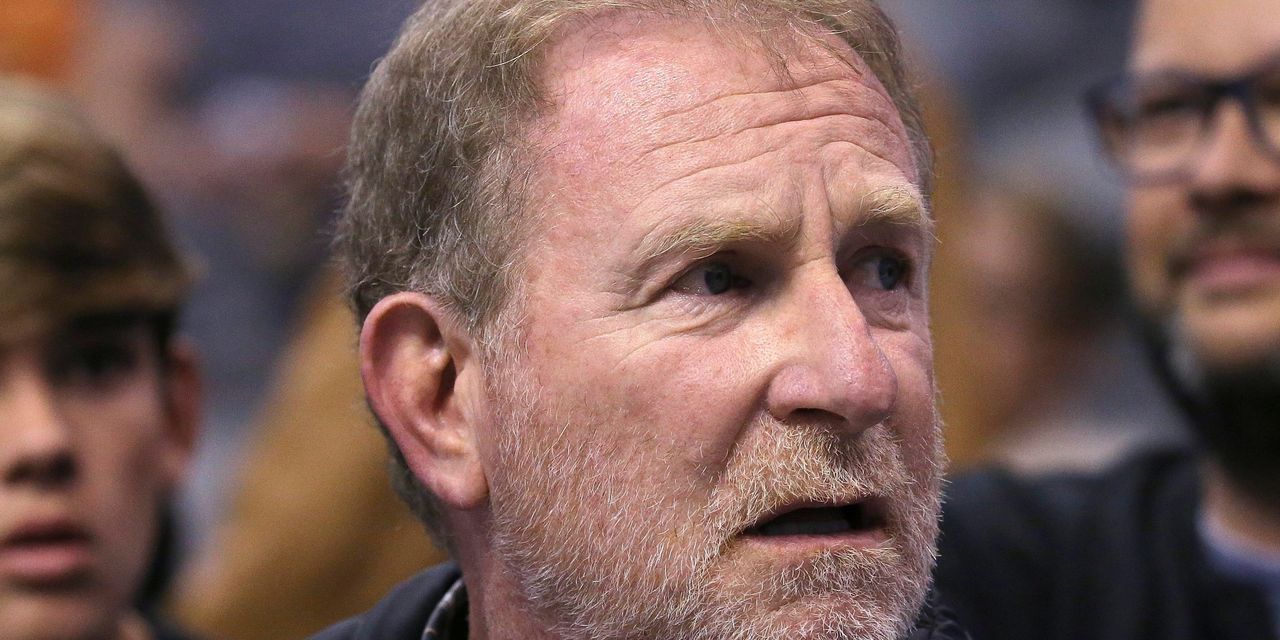 
Phoenix Suns and Mercury owner Robert Sarver said Wednesday that he would begin the process of finding buyers for the basketball teams, after an investigation into his workplace conduct prompted the league to suspend him for a year and fine him $10 million.

The investigation commissioned by the NBA found that Sarver had uttered racial slurs “when recounting the statements of others,” harassed and berated employees, exposed himself and commented on female workers’ bodies and ability to do their jobs after a pregnancy.

Sarver said that he would begin seeking buyers for the NBA and WNBA teams because he did not want to be a distraction, but indicated that he believed he should have been given another chance.

“As a man of faith, I believe in atonement and the path to forgiveness. I expected that the commissioner’s one-year suspension would provide the time for me to focus, make amends and remove my personal controversy from the teams that I and so many fans love,” he said in a statement.

“But in our current unforgiving climate, it has become painfully clear that that is no longer possible—that whatever good I have done, or could still do, is outweighed by things I have said in the past. For those reasons, I am beginning the process of seeking buyers for the Suns and Mercury.”

who last week defended his sanctions against Sarver, said late Wednesday afternoon that he backed Sarver’s plans to look for buyers.

“I fully support the decision by Robert Sarver to sell the Phoenix Suns and Mercury. This is the right next step for the organization and community,” Silver said.

Soon after Silver’s statement, NBA Players Association president CJ McCollum thanked Sarver “for making a swift decision that was in the best interest of our sports community.”

Suns Legacy Partners, LLC, the sports and entertainment entity that manages and operates the Phoenix Suns and Phoenix Mercury, then issued a similar statement, adding: “today’s news does not change the work that remains in front of us to create, maintain and protect a best-in-class experience for our staff, players, fans, partners and community.

“As we’ve shared with our employees, we acknowledge the courage of the people who came forward in this process to tell their stories and apologize to those hurt.”

WNBA commissioner Cathy Engelbert said the league “welcomes the news that the process of seeking buyers for the Phoenix Mercury has begun, and remains committed to upholding the diverse and inclusive values that the league has stood for over 25 years.”

A spokeswoman for Najafi said he had no comment.

A sale of the Suns could continue to raise the price tag of franchises in the NBA. In 2017, the Brooklyn Nets sold to Alibaba Group Holding Ltd. co-founder Joseph Tsai at a record $2.3 billion valuation. Tsai later bought the WNBA’s New York Liberty for an undisclosed amount.

The NBA is approaching the end of a nine-year media-rights deal that pays it $2.7 billion annually. The appetite for live sports is growing, and the NBA is likely to see intense interest in its next big TV deal from broadcast, cable and streaming outlets.

Sarver’s move seemed to come about quickly. Andy Kohlberg, listed on the Suns’ website as the team’s vice chairman and a member of the ownership group, on Tuesday issued a statement to The Wall Street Journal in response to an earlier request for comment.

In it, Kohlberg said that during his time working with Sarver, he hadn’t witnessed the “racism, sexism and general harassment” outlined in the NBA-hired firm’s report, “nor has anyone brought to my attention behavior of this kind.” The statement continued: “It is noteworthy that the NBA’s report concluded that there ‘were no findings that Sarver’s conduct was motivated by racial or gender-based animus.’”

Kohlberg also said he respected the NBA’s decision to suspend Sarver, and praised the Suns’ progress as made “over the years to advance workplace policies and procedures based on diversity, equity and inclusivity for all of its stakeholders.”

On Wednesday afternoon, a spokeswoman for Kohlberg said to contact the Suns organization directly for “comment regarding any aspect of the sale of the Suns team.”