‘Russia Will Be Forced To End This War’: Zelenskyy Demands Punishment In UN Address 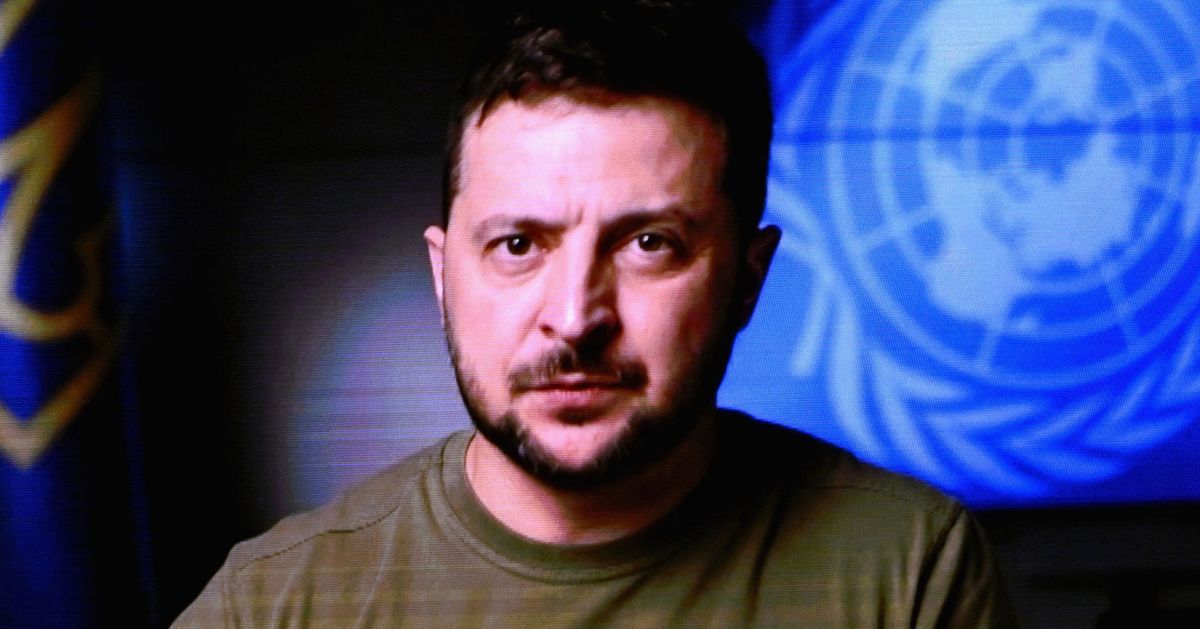 Ukrainian President Volodymyr Zelenskyy implored world leaders to punish Russia for its war on his country and asserted that with united opposition Russia “will be forced to end this war.”

“A crime has been committed against Ukraine, and we demand just punishment,” Zelenskyy told the U.N. General Assembly on Wednesday, speaking remotely.

He continued: “The crime was committed against the values that make you and me a community of the United Nations. And Ukraine demands punishment for trying to steal our territory.”

Zelenskyy called for Russia to be stripped of the veto power it enjoys as a permanent member of the U.N. Security Council.

“So long as the aggressor is a party to decision-making in the international organizations, he must be isolated from them — at least until aggression lasts,” Zelenskyy said. “Reject the right to vote. Deprive delegation rights.”

Other countries with veto power include the U.S., China, France and the U.K.

“Let us speak plainly: A permanent member of the United Nations Security Council invaded its neighbor and attempted to erase a sovereign state from the map,” Biden said.

Earlier on Wednesday, Russian President Vladimir Putin called up 300,000 reservists to fight in Ukraine after a successful Ukrainian counteroffensive in the Kharkiv region.

Large swaths of Russians tried to flee the country following Putin’s announcement, and over 1,300 people were arrested in anti-war demonstrations on Wednesday, The Guardian reported, citing a protest monitoring group.

Russia also announced what it called referendums in occupied parts of Ukraine to ask residents whether they want to join Russia — a plan that runs afoul of Ukrainian and international law, according to The Washington Post.

Zelenskyy said this shows Russia has no real intent to engage in negotiations to end the war.

He continued: “But Russia will not be able to stop the course of history. Mankind and the international law are stronger than one terrorist state. Russia will be forced to end this war.”

Biden referred to evidence that Russia has committed war crimes in Ukraine. The most recent example is the mass grave found near the city of Izyum, which Ukrainian forces recaptured in their counteroffensive.

Zelenskyy made reference to Izyum, as well as the atrocities in Bucha, where Ukrainian forces found bodies with signs of rape and torture, according to The Associated Press.

“Ask, please, the representatives of Russia why the Russian military are so obsessed with castration,” Zelenskyy said. “What was done to them so that they want to do this to others?”

Ukraine accused Russia of “nuclear terrorism” after it said a Russian missile struck near a nuclear power plant in southern Ukraine on Monday.

“Russian radiation blackmailing is something that should concern each and every one of you, because none of you will find a vaccine against radiation sickness,” Zelenskyy warned.

Russia is due to address the U.N. General Assembly later this week, but Putin won’t attend, according to AP.