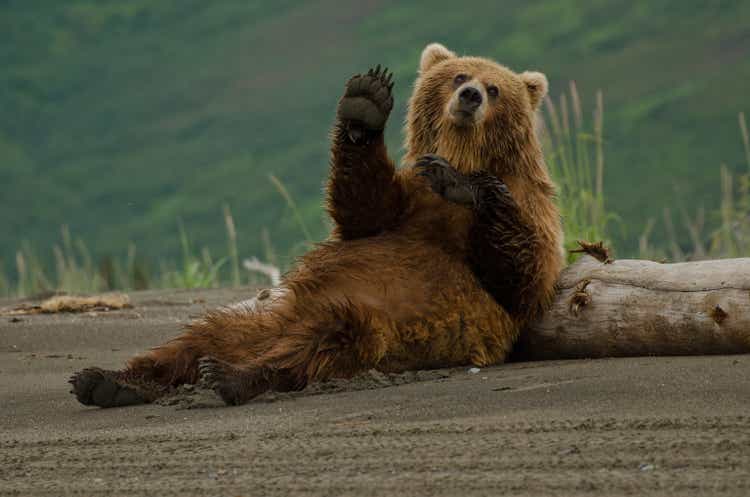 
The latest AAII Sentiment Survey shows that the percentage of individual investors describing their six-month outlook for stocks as “bearish” rebounded to its highest level since 2009. Plus, this week’s bullish sentiment reading ranks among the 20 lowest in the survey’s history.

Bullish sentiment, expectations that stock prices will rise over the next six months, pulled back by 8.4 percentage points to 17.7%. As noted above, this is among the 20 lowest readings in the survey’s history, which dates back to 1987. Optimism was last at a similar level in May.

Neutral sentiment, expectations that stock prices will stay essentially unchanged over the next six months, decreased by 6.5 percentage points to 21.4%. Neutral sentiment is below its historical average of 31.5% for the 20th time in 22 weeks. It is also at an unusually low level. The breakpoint between typical and unusually low readings is 23.1%.

Bearish sentiment, expectations that stock prices will fall over the next six months, rose sharply by 14.9 percentage points to 60.9%. Pessimism was last higher on March 5, 2009 (70.3%). Bearish sentiment is above its historical average of 30.5% for the 43rd time out of the past 44 weeks and is at an unusually high level for the 28th time out of the last 36 weeks. The breakpoint between typical and unusually high readings is currently 40.5%.

The bull-bear spread (bullish minus bearish sentiment) is –43.1% and is unusually low for the 29th time in 35 weeks. This week’s reading ranks among the sixth most negative in the survey’s history. The breakpoint between typical and unusually low readings is currently –10.9%.

Historically, the S&P 500 index has gone on to realize above-average and above-median returns during the six- and 12-month periods following unusually low readings for bullish sentiment and the bull-bear spread. Unusually high bearish sentiment readings historically have also been followed by above-average and above-median six-month returns in the S&P 500. The S&P 500 has underperformed following periods of below-average neutral sentiment, though the link is weaker.

Continued volatility in the major stock indexes along with inflation, corporate earnings, monetary policy and increased chatter about the possibility of a recession are all likely weighing on individual investors’ short-term expectations for the stock market. Also influencing sentiment are politics and the ongoing invasion of Ukraine by Russia.

The AAII Sentiment Survey has been conducted weekly since July 1987. The survey and its results are available online.