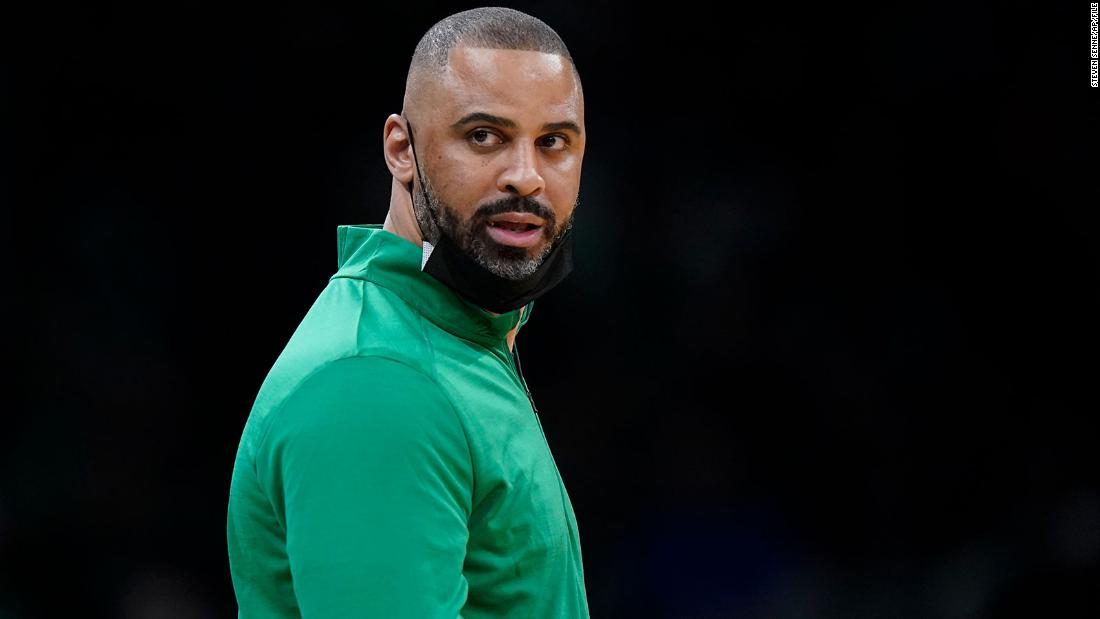 The team added that a decision on Udoka’s future with the Celtics will be made at a later date. His suspension was effective immediately.

According to ESPN, The Athletic and the Boston Globe, Udoka had a consensual relationship with a female member of the team’s staff.

“I am sorry for putting the team in this difficult situation, and I accept the team’s decision,” Udoka said to ESPN in a statement in which he apologized to the players, fans, organization and his family.

CNN has reached out to the Celtics for further comment.

Udoka took over as the team’s head coach from Brad Stevens ahead of the 2021-22 NBA season and coached the Celtics to their first NBA Finals appearance since 2010, where they lost 4-2 to the Golden State Warriors.

The Celtics start their season on October 18 against the Philadelphia 76ers at the TD Garden in Boston. NBA training camps open next week with the first preseason games scheduled for a week from Friday.