Labour may abolish House of Lords and replace it with assembly of regions and nations, report says 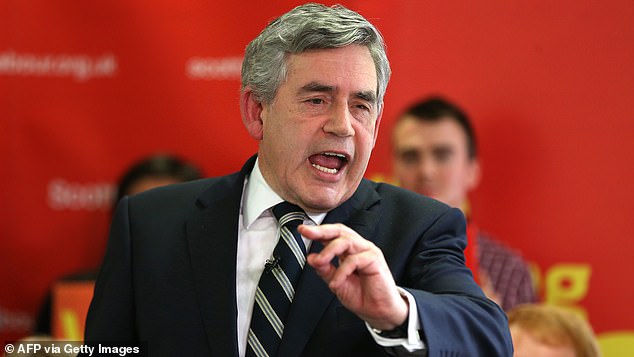 
Labour may abolish House of Lords and replace it with assembly of regions and nations, report says

By Isabelle Stanley For The Daily Mail

Labour is considering abolishing the House of Lords if it wins the next election, a leaked report has revealed.

A constitutional review led by former prime minister Gordon Brown has recommended replacing the Upper House with a new assembly of regions and nations, it was reported last night.

Mr Brown was asked to undertake the review – which has been seen by MPs and shadow cabinet members – by Sir Keir Starmer in September 2021.

The Labour leader promised at the time it would be ‘the boldest project Labour has embarked on for a generation’. Under the plans, the House of Lords’ economic powers would be devolved and new independent councils of the nations would be created, The Guardian reported.

The measures are thought to have been intensely debated within Labour, with some shadow cabinet ministers expressing concerns about the radical proposals.

They are not expected to be agreed in time for the party’s conference, which begins on Sunday.

Mr Brown has also proposed a drive to improve standards in central Government, with a jury of ordinary people who could rule on complaints against MPs.

Under the proposals, a new integrity and ethics commission would be created and second jobs would be banned – a measure which Sir Keir has already announced.

A Labour spokesman said: ‘This refers to one of several early drafts. The commission has yet to take a view on all these issues.’