Lyle Goldstein: Biden pokes at China again over Taiwan. At what cost to US national interests? 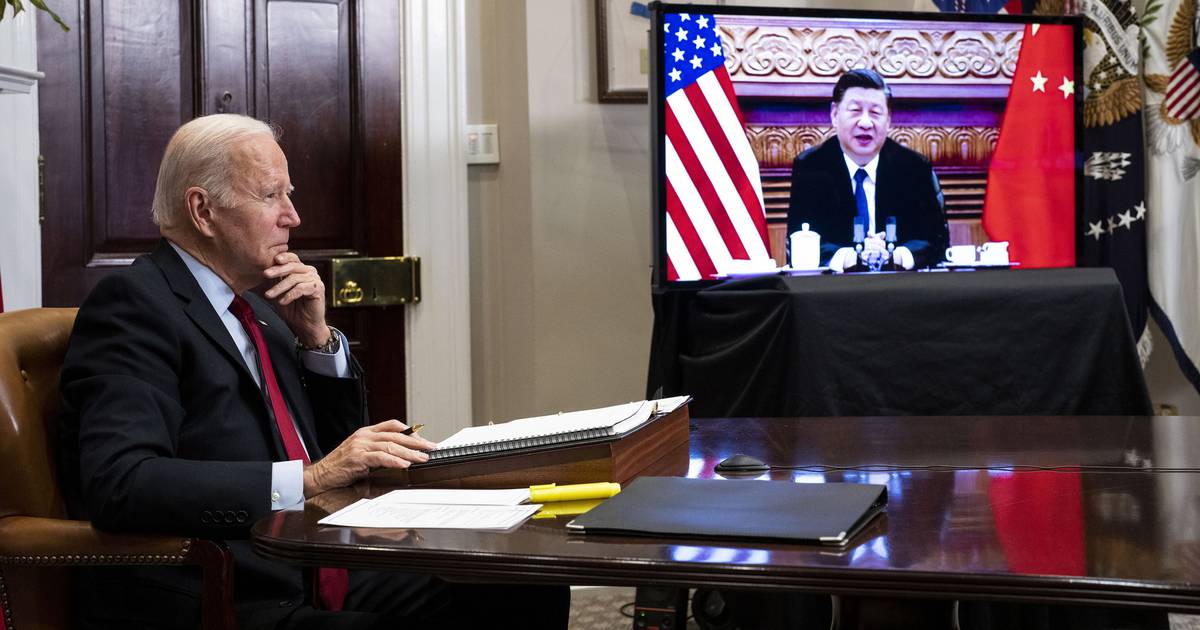 Record number of Americans expected to bet on Super Bowl


President Joe Biden’s foreign policy deserves higher marks than most have given it. Biden boldly pulled the plug on the Afghanistan quagmire, so that Americans could stop hemorrhaging blood and treasure in an endless war. He has performed a delicate “Goldilocks routine” with respect to Russia’s brutal invasion of Ukraine: giving a vital assist to save Kyiv, while balancing that support with caution, asserting, “We’re trying to avoid World War III.”

That statement makes his recent remark on “60 Minutes” with respect to Taiwan all the more puzzling. If trying to avoid a devastating great-power conflict is among the president’s foremost goals, as it should be, this comment appears clearly to tack in the opposite direction.

One would be tempted to put it down as a misunderstanding, but the record shows that this is Biden’s fourth time making such an assertion. And, of course, it’s the fourth time that his administration was quick to note, following the president’s remarks, that there is no change in U.S. policy. The president seems quite content to put his own interventionist spin on “strategic ambiguity,” but does he realize he is lighting the fuse for national and international disaster?

The president’s actions are reckless from practically all perspectives. Economically, increased tensions with China are certain to put further downward pressure on the stock market, while continuing to fuel inflation. U.S.-China decoupling may serve some narrow economic interests but hurts more sectors than it helps, including critically agriculture and aviation.

From a historical perspective, Biden’s comments are also misguided. Does the president not recognize that Presidents Franklin Roosevelt and Harry Truman went on record stating emphatically that Taiwan is part of China? Is he not aware that the whole point of President Richard Nixon’s wise triangular diplomacy in 1972 was to “trade” Taiwan for U.S.-China normalization? Biden’s odd suggestion in the “60 Minutes” interview that the U.S. respects the “one-China policy,” but also is indifferent to whether Taiwan pursues independence, represents a curious bit of verbal gymnastics that defies common sense.

Then, there is the constitutional perspective. If the president does not have the power to declare war, and we do not have a treaty alliance with Taiwan, how can the president on his own accord declare that the U.S. will defend this island just 90 miles off China’s shores? In fact, before making such an open-ended commitment, Americans might want to reflect on the problem that parts of the Republic of China, Taiwan’s formal name, are a mere 6 miles off the Chinese coast.

From a diplomatic perspective, the president’s comments seem awkward at best. How to explain that Ukraine is a sovereign state but not worthy of defense by the U.S. military? Yet, Taiwan somehow is worthy, even if it is not recognized as a state by the U.S. or most other nations? Perhaps Europe is not as important as East Asia?

Indeed, such dubious diplomatic reasoning is reflected in the fact that counting the number of allies in East Asia that would pony up forces to assist the U.S. in a Taiwan scenario would hardly require the fingers on one hand.

And then there is the question of strategy. While the U.S. is running high risks to support Ukraine’s war with Russia, does it make sense to alienate China to such a high degree?

At best, Washington’s belligerence ensures that the trajectory of China-Russia cooperation will only intensify. At worst, the U.S. could be facing a two-front war with two formidable nuclear powers. Putting Russia aside, U.S. military prospects in a Taiwan conflict are actually not good at all.

A recent war game by the Center for Strategic and International Studies, a national security think tank, reported that the U.S. could prevail but at the horrendous cost of 700 aircraft, two aircraft carriers and 20 surface ships. To my reckoning, that estimate may be too optimistic. Indeed, if China needs to be confronted militarily (and that’s unlikely), Taiwan is precisely the wrong place to try to do that.

So the president seems to be muddled on Taiwan, whether strategically, diplomatically, historically, constitutionally or economically. How to explain his stubborn adherence to defending “the beautiful island”? Actually, it’s quite simple: Biden is a good politician, and sticking one’s finger directly into the Chinese dragon’s eye is clearly popular among Americans — damn the consequences. And Biden’s term likely will have expired by the time any U.S.-China war occurs.

It’s a pity that American politicians cannot seem to think beyond the next election.

Lyle Goldstein is director of Asia engagement at the Washington think tank Defense Priorities, a visiting professor at the Watson Institute for International and Public Affairs at Brown University in Providence, Rhode Island, and the author of “Meeting China Halfway: How to Defuse the Emerging US-China Rivalry.”

Green energy transition must leave none behind

Record number of Americans expected to bet on Super Bowl