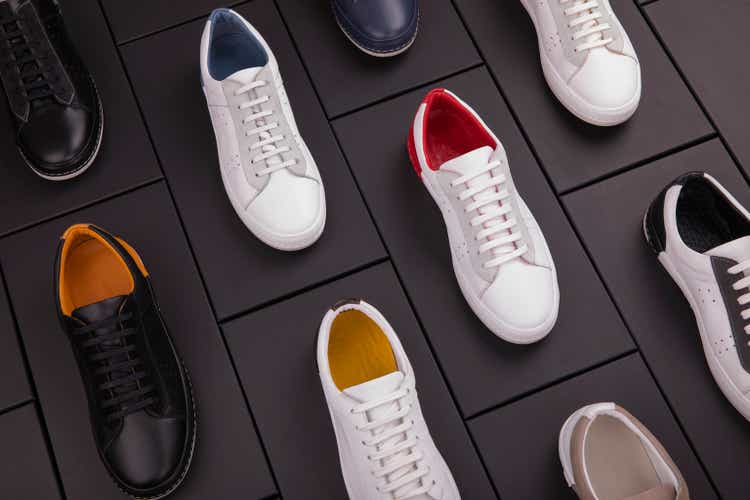 A Quick Take On On Holding

On Holding AG (NYSE:ONON) went public in September 2021, raising approximately $746 million in gross proceeds from an IPO that priced at $24.00 per share.

For optimistic investors, ONON may present an attractive growth story at a bargain price, but I’m more cautious, so I’m on Hold for ONON in the near term.

Zurich, Switzerland-based On Holding AG was founded to develop a premium sports and consumer brand for running shoes and related sports apparel.

Management is headed by Co-CEO and CFO Martin Hoffmann, who has been with the firm since January 2021 and was previously CFO at Valora Retail.

The company’s primary offerings include:

According to a 2021 market research report by Mordor Intelligence, the global market for athletic footwear was an estimated $99.6 billion in 2020 and is forecast to reach $130 billion by 2026.

The main drivers for this expected growth are an increasing awareness about the importance of fitness and a growing interest in sports and game activities by consumers in various global regions.

Also, the COVID-19 pandemic negatively affected the athletic footwear retail market, but those effects may have been ameliorated by those manufacturers with significant direct to consumer channel capabilities.

Major competitive or other industry participants include:

(All data in above charts is GAAP.)

Valuation And Other Metrics For On Holding

Below is a table of relevant capitalization and valuation figures for the company:

As a reference, a relevant partial public comparable would be Under Armour, Inc. (UA); shown below is a comparison of their primary valuation metrics:

A full comparison of the two companies’ performance metrics may be viewed here.

Compared to the Seeking Alpha Footwear industry basket of relevant stocks, the firm has the highest EV/Revenue and Price/Sales multiples, but the lowest EV/EBITDA multiple.

Commentary On On Holding

In its last earnings call (Source – Seeking Alpha), covering Q2 2022’s results, management highlighted its growth rates, with the U.S. and Japan more than doubling revenue year-over-year and the U.K. and Australia growing by 60%

On the product development side, the company is increasing its focus on underfoot protection and comfort, launching the “Cloudmonster for maximum cushioning and the Cloudrunner for ultimate all-around comfort and performance.”

The firm also launched the Cloudvista and Cloud 5 earlier in the year.

ONON opened its On Labs center in Zurich, which will be a combination of corporate headquarters, innovation center, sample production line and its first owned retail store in Europe, which hints at further retail ambitions there.

As to its financial results, revenue grew by 66.6% year-over-year, the strongest in company history, and despite softness in the China region due to lockdowns.

This growth was due primarily to higher growth in its wholesale channel, mostly with existing retail partners but also through ‘selective expansion of our doors with our global and regional key accounts.’

Adjusted EBITDA doubled sequentially as SG&A expenses dropped as a percentage of revenue.

Inflation affected its costs, with airfreight inflation being a significant factor in its cost considerations.

For the balance sheet, the firm finished the quarter with cash, equivalents and short-term investments of $605 million and no debt.

Over the trailing twelve months, free cash used was $192.6 million.

Looking ahead, management does “not see any signs of a slowing demand for On products,” despite the slowing global economy. And, its supply outlook has improved in recent quarters.

The firm increased its full year 2022 revenue guidance from 44% growth to 52%, likely due to expected growth from its ‘Cloud’ line of shoes and a very strong order book from the U.S.

Regarding valuation, the market is valuing ONON at a premium to other companies such as Under Armour, likely based on its growth potential.

The primary risk to the company’s outlook is slowing U.S. and Europe markets, although if China returns to growth as the COVID-19 lockdowns wane, it could provide an offset.

A potential upside catalyst to the stock could include continued strength in U.S. consumer spending despite an economic slowdown.

While On’s management appears optimistic on its growth potential for the remainder of 2022, my view is more pessimistic, especially as the U.S. Federal Reserve continues to raise interest rates to slow the economy.

For optimistic investors, ONON may present an attractive growth story at a bargain price, but I’m more cautious, so I’m on Hold for ONON in the near term.