PGA Tour’s Jay Monahan shuts down LIV Golf truce: ‘That card is off the table’ 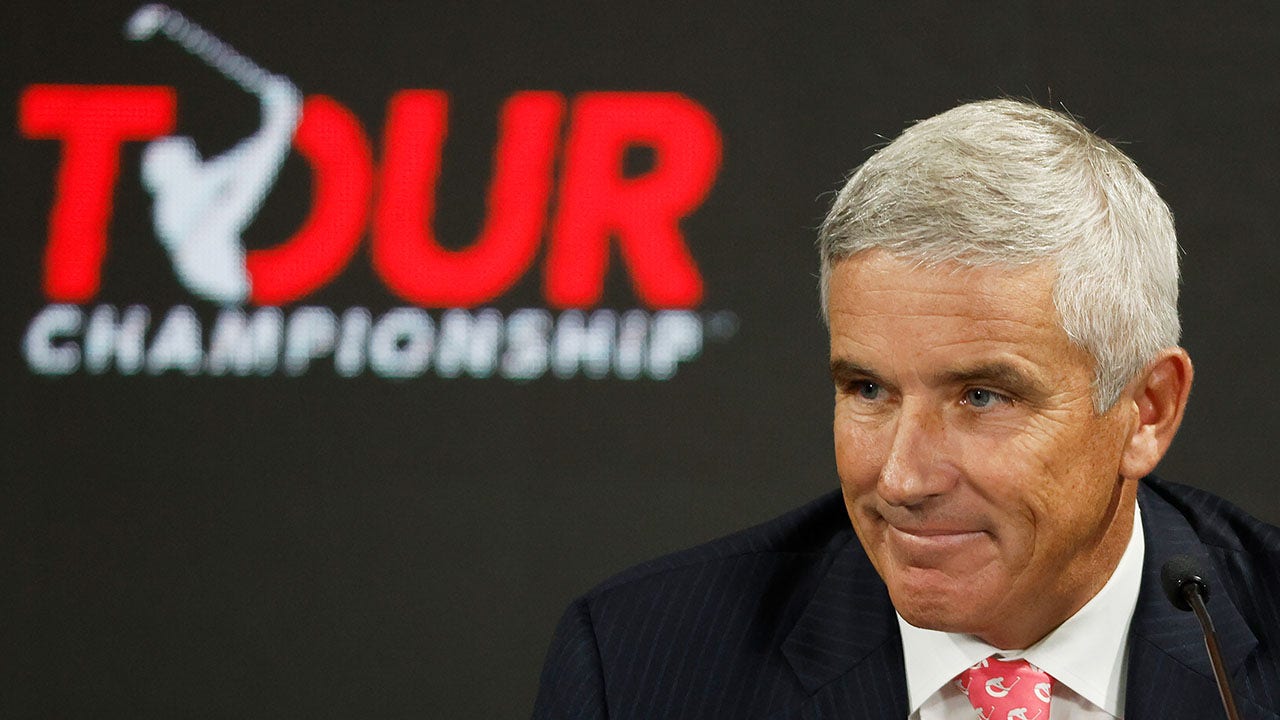 Amid the ongoing battle between LIV Golf and the PGA Tour, Commissioner Jay Monahan is focused on one thing – and that does not include a truce.

During Wednesday’s broadcast of the 2022 Presidents Cup, Monahan told Golf Channel that there are no plans to work with the rival Saudi-backed golf circuit in the future, seemingly pointing to the current climate, which includes a lawsuit initially filed by 11 former PGA Tour members.

Jay Monahan, commissioner of the PGA Tour, speaks at a press conference during practice for The Players Championship on March 8, 2022, in Ponte Vedra Beach, Florida.
(Keyur Khamar/PGA Tour via Getty Images)

“Listen, I think I’ve been pretty clear on this: I don’t see it happening,” Monahan said. “When you look at where we are, and you think about words and actions, we’re currently in a lawsuit, so coming together and having conversations, to me, that card is off the table, and it has been for a long period of time.”

In June, the PGA Tour sent a memo to its players announcing that Tour defectors would now be considered ineligible to play in Tour events. That prompted Phil Mickelson and 10 other players to file an antitrust lawsuit that accused the Tour of hurting their careers with the suspensions.

Four players have since dropped from the lawsuit, with Mickelson recently floating the idea of abandoning it as well after LIV Golf announced last month that it had joined the legal battle.

Monahan was also asked Wednesday if the biggest obstacle in aligning with LIV had more to do with the tour’s ties to Saudi Arabia or “golf considerations.” But he explained that focus is on “where we are and where we’re going.”

Jay Monahan during a press conference prior to the Tour Championship at East Lake Golf Club on Aug. 24, 2022, in Atlanta, Georgia.
(Cliff Hawkins/Getty Images)

“You’ve heard me say before that we’re going to focus on things that we control; we have more assets at our disposal, stronger partnerships and we have the best players in the world telling us that not only are they going to commit to play more, but they’re really looking at the organization to accomplish that. It’s all about where we are and where we’re going, and again, I couldn’t be more excited about the possibilities there.”

On the other side of the aisle, LIV Golf CEO and commissioner Greg Norman was in Washington this week to meet with lawmakers to discuss his tour’s growing success, future investments, and the anti-competitive actions he believes the PGA Tour has taken.

Asia Cup 2023: Javed Miandad fumes as tournament likely to be moved out of Pakistan