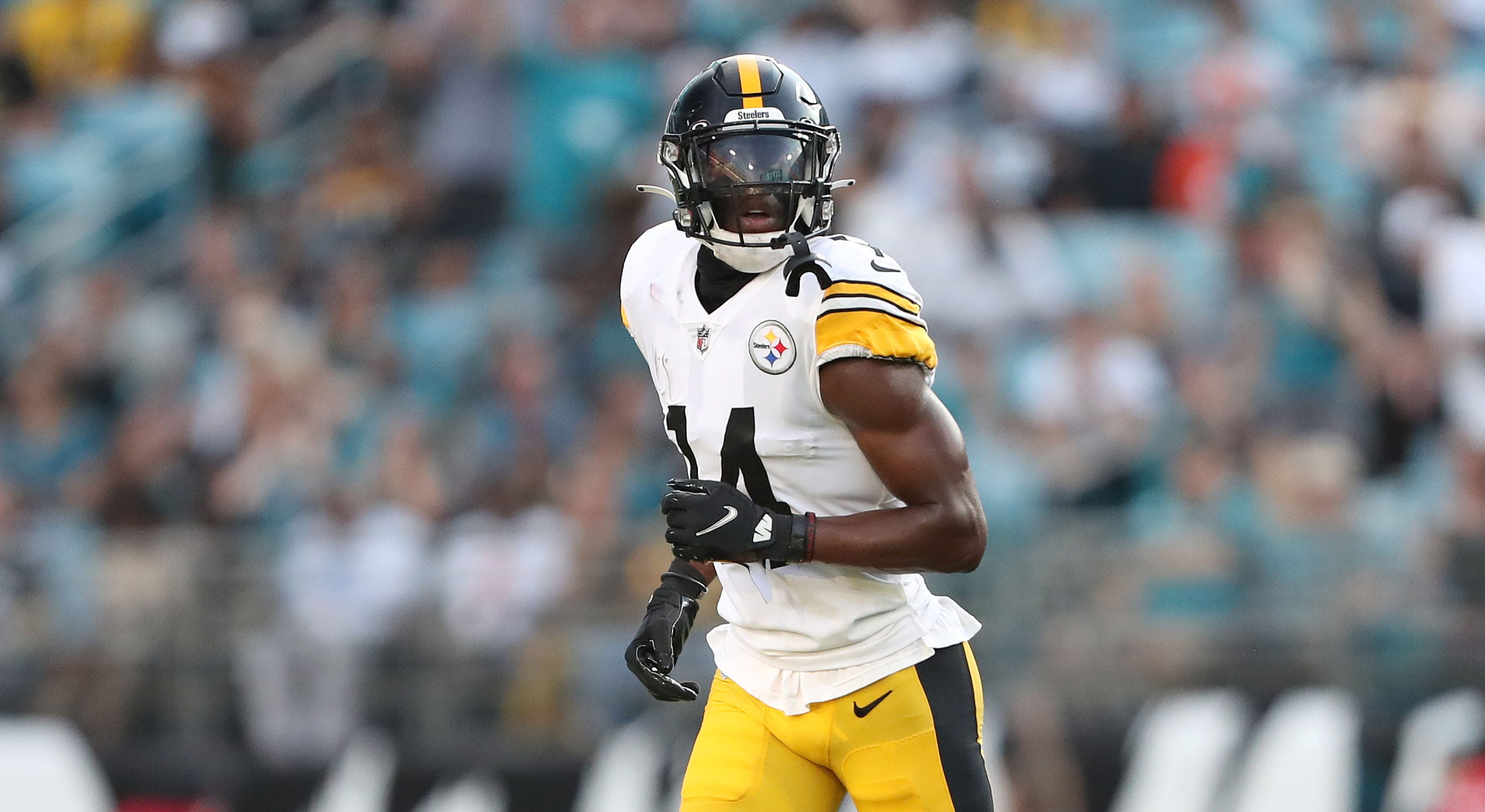 Was that Pittsburgh Steelers rookie receiver George Pickens or Odell Beckham Jr. who made that insane one-handed grab?

On Thursday night’s game between the Steelers and Cleveland Browns, quarterback Mitchell Trubisky launched a deep pass down the right sideline intended for Pickens, but it looked to be a little bit too far.

That is until Pickens extended his right arm and did his best Beckham impression, snagging the ball and holding it to his body after hitting the ground hard.

George Pickens of the Pittsburgh Steelers looks on during the game against the Detroit Lions at Acrisure Stadium in Pittsburgh on Aug. 28, 2022.
(Joe Sargent/Getty Images)

The 36-yard reception set up a Steelers touchdown drive that was capped by a Najee Harris run into the end zone. Rookie running back Jaylen Warren also had some nice runs to get Pittsburgh into the red zone.

STEELERS ROOKIE GEORGE PICKENS CLAIMED TO BE OPEN ‘90% OF THE TIME’ VS. PATRIOTS

Beckham’s catch was likely more impressive when you put them side by side — considering he had a Dallas Cowboys cornerback draped all over him that committed pass interference. It also went for a touchdown.

Mitch Trubisky of the Pittsburgh Steelers scrambles from Anthony Walker Jr. of the Cleveland Browns during the first quarter at FirstEnergy Stadium in Cleveland on Sept. 22, 2022.
(Gregory Shamus/Getty Images)

But that was Beckham’s rookie year in a primetime Sunday Night Football game. Pickens is making a statement of his own on national TV.

He also made some statements prior to the game this week. Pickens, a Georgia product, said that he felt he was open “90% of the time” in the Steelers’ loss to the New England Patriots this past Sunday.

GREG NEWSOME II ON BROWNS FANS BOOING AFTER BRUTAL LOSS TO JETS: ‘I WOULD HAVE BOOED, TOO’

“I just say that because I’m a big guy that runs in the low 4.4,” Pickens said via the Pittsburgh Tribune-Review. “I always have a step on somebody, and my step is naturally longer than the other person, and I’m actually fast. I’m always [going to] have a step and always feel like 99% of the time I’m open even though the ball gets there in the air and [the defender] gets time to catch back up.”

George Pickens of the Pittsburgh Steelers felt he was open “90% of the time” in the Steelers’ loss to the New England Patriots on Sept. 18, 2022.
(Courtney Culbreath/Getty Images)

Entering this game, Pickens had just two catches for 22 yards as the Steelers are trying to find their rhythm in the passing game with new quarterback Trubisky, who is taking over for the retired Ben Roethlisberger.

Scott Thompson is a sports writer for Fox News Digital.