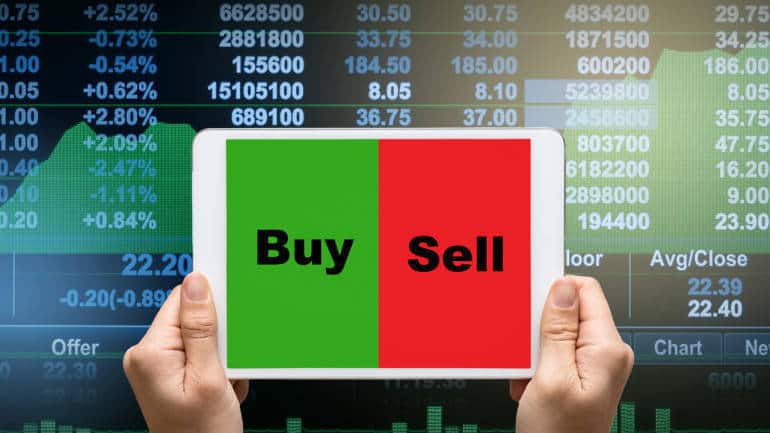 
Shares of financial and automobile companies continue to hog the limelight in the Indian equity market as the rising interest rate regime auger well for the financial sector and the auto sector ride on pent-up demand and easing of supply chain pressure.

Indian auto companies have launched a slew of models both in the ICE (internal combustion engines) as well as EV (electric vehicle) segment which have been accepted well and there are strong bookings.

It is not surprising then that the companies from these two sectors have witnessed the highest number of upgrades from the sell-side analysts over the past one year. This is as per the data sourced from Bloomberg.

Bloomberg tracks recommendations of sell-side analysts regularly. But sharing of reports and recommendation is voluntary; to that extent it is not fully representative of the market.

Maximum Upgrades in the past year

Like in August, Eicher Motors, the maker of iconic Royal Enfield motorcycles, continues to attract both customers as well as analysts to its counters. Its recent launches have been successful and well accepted, while its older models continue to see strong demand. The companies joint venture with Volvo, the Volvo Eicher Commercial Vehicles has been performing well as the demand for commercial vehicles and buses in the country is now on an uptrend.

Consequently, as many as 35 analysts and brokerages have a ‘buy’ rating for the stock as at the end of September 2022 compared to just 18 ‘buys’ a year ago.

One of India’s largest private life insurers, HDFC Life Insurance Company, occupied the second spot amongst the stocks that received the maximum upgrades in the past one year. Its annual premium equivalent (APE) and value of new business (VNB) are showing a healthy growth while the execution of Exide Life Insurance will provide additional tailwinds. As a result, 32 analysts have a ‘buy’ on this company compared to 27 a year ago.

FMCG and cigarette giant ITC is riding a strong wave across its business segments. “The key growth drivers for the company are its focus on de-risking business model by reducing dependence on the core cigarette business (affected by regulatory and tax hurdles) and scaling up FMCG business; ITC Infotech business exhibiting notable potential; PLI linked incentives to help grow Agri business & drive exports and its high dividend yield and reasonable valuations compared to peers,” Axis Securities said in a note. The Kolkata-based company occupied the third spot as it now has 35 ‘buys’ compared to 28 a year ago.

Riding the auto theme, the other two big companies from the space – Tata Motors and Maruti Suzuki – also received the most number of ‘buy’ calls. Reliance Industries, which is also the biggest Indian company by market capitalization along with the jewellery maker, Titan Company Limited occupied the fifth and sixth spots.

Maximum upgrades in the past one quarter

Reliance Industries received the most upgrades in the last one quarter driven by its renewable energy, 5G and retail push. “The growth momentum and improved margin profile across the sector will drive RIL’s revenue growth of 25 percent and EBITDA growth of 32 percent in FY23”, said the analysts at Motilal Oswal Financial Service. These, however, do not factor in any incremental growth from 5G capex, new energy and other segments.

According to a note from Motilal Oswal, “Over the next two-to-three years, RIL is likely to create the next engine of growth but it could put pressure on its near-term return ratios”.

Reliance received 7.2 percent upgrades during the quarter and was followed by ITC Ltd and HDFC Life Insurance for which the upgrades in percentage terms stood at 5.6 and 5.2 percent respectively.

The other two companies that received the most rating upgrades during the quarter were Eicher Motors and Titan Company Ltd.

Maximum Upgrades in the past month

HDFC Life Insurance garnered maximum rating upgrades in the past one month amounting to 5.9 percent growth over the previous month. It was followed by Reliance Industries and Eicher Motors which managed an increase of 2.1 percent each over the month of August 2022. Bajaj Finance, Tata Consumer Products followed Eicher Motors with close 1 percent jump in ‘buy’ ratings.

According to analysts at Incred Equities, “Bajaj Finance’s digital transformation is visible in the form of superior client addition and improved turnaround time with almost zero manual intervention and, this will result in a gradual improvement in operating leverage and lower credit cost (below ~2%), resulting in superior return ratios”.

Maximum downgrades in the year

The commodity prices saw their dream run end as the world economy braces for a slowdown. The experts are apprehensive of the demand revival especially in the steel sector and the revival of production in China will be an added negative for Indian steel producers. Consequently, JSW Steel tops the list of maximum downgrades during the past one year. It saw a 35 percent increase in its ‘downgrades’, while India’s largest steel producer, Tata Steel, saw a reduction of 14.7 percent in its ‘buy’ calls.

At the same time, the uncertainty surrounding the growth of global economy, has also dimmed the prospects of Indian IT companies. The tech giants of India, namely, HCL Technologies, Tech Mahindra and Tata Consultancy Services saw their downgrades increase by 29.8, 18.4 and 16 percent respectively.

Bharat Petroleum, Britannia and ONGC were the other constituents of this list.

Britannia topped the list of maximum ‘downgrades’ during the last quarter as its rating downgrades increased by 16.7 percent. The ‘buy’ calls on the stock have gone down from 26 three months ago to 20 currently. Despite the company raising prices to offset the commodity price rise, “Volume growth acceleration along with improvement in margin will be a tough task in the current challenging environment”, a note from HDFC Securities said.

Second on the list is the state run ONGC which the ratings ‘downgrades’ increased by 15 percent in the quarter from 23 ‘buys’ a quarter ago to 18 now. The ‘hold’ calls on this ‘navratna’ company have gone up from 3 to 7 in the past one quarter. The company’s overseas arm, ONGC Videsh Ltd, is facing problems due to the sanctions on Russia. It has three assets in Russia at Sakhalin (20 percent stake), JSC Vankomeft (26 percent stake) and Imperial Energy (100 percent subsidiary).

“The ongoing Russia-Ukraine war have not only created demand supply constraints but have also affected its overseas subsidiary ONGC Videsh’s activities in Russia and therefore, taking a cautious view, we lower our rating on the stock to Hold”, said a report from Geojit Retail Equity Research.

The Indian IT sector is bracing itself for the expected cut down in IT spending by the global organisations in the wake of rising interest rates and increased monetary tightening. Tech Mahindra, one of the top 5 IT services providers is expected to feel pressure on its margins in the near to medium term which has resulted in an increase in its ‘downgrade’ and ‘hold’ ratings while the ‘buy’ calls have gone down by 14 percent in the past one quarter.

Apart from energy and technology stocks which have received maximum downgrades over the past one month, there is a surprise inclusion at the top of the list. Two wheeler major, Bajaj Auto has seen its ‘downgrades’ increase the most by 3.7 percent over the past one month. The company is facing strong headwinds in its major exports market of Africa where a sharp devaluation of Naira is hurting demand in a big way. Africa contributes 53 percent of its exports.

“The government’s proposal of putting a blanket ban on motorcycles in Nigeria, although difficult to implement, remains a key concern,” HDFC Securities Institutional Research said in a note.

BPCL and JSW Steel saw their ‘downgrades’ increase by more than 3 percent during the past one month while the IT major, Infosys Limited joined the list at number four. It saw one ‘buy’ call getting downgraded to ‘sell’ while the ‘hold’ on the stock remained unchanged.

Disclaimer: MoneyControl is a part of the Network18 group. Network18 is controlled by Independent Media Trust, of which Reliance Industries is the sole beneficiary.