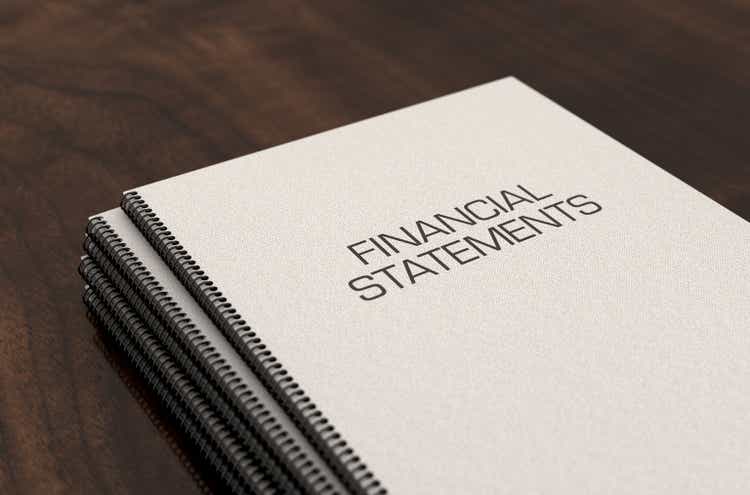 Despite the obvious allure of the high dividend yield of 9.21% offered by Kinetik Holdings (NASDAQ:KNTK), as my previous article warned, their shares were cheap for a good reason due to the risks of dilution posed by their dividend reinvestment program. After reviewing their subsequently released financial results, it now sees better-than-expected cash flow performance raising hopes of averting a poor outcome in 2023 and beyond when this program ceases, as discussed within this follow-up analysis.

Since many readers are likely short on time, the table below provides a very brief executive summary and ratings for the primary criteria that were assessed. This Google Document provides a list of all my equivalent ratings as well as more information regarding my rating system. The following section provides a detailed analysis for those readers who are wishing to dig deeper into their situation.

*Instead of simply assessing dividend coverage through earnings per share cash flow, I prefer to utilize free cash flow since it provides the toughest criteria and also best captures the true impact upon their financial position.

When conducting the previous analysis following the first quarter of 2022, it was hoped their cash flow performance would accelerate as the year progressed from the integration of Altus Midstream and EagleClaw Midstream together. Thankfully, this was forthcoming with their operating cash flow increasing to $268.9m for the first half, up from only $98.4m for the first quarter, which means the second quarter saw $170.5m. Even if removing their temporary working capital movements, the first quarter saw underlying operating cash flow of $99.3m, whilst the second quarter saw $184.1m, which is even higher than their surface-level results. This represents a circa 100% improvement sequentially and thus far exceeds anything envisioned when conducting the previous analysis, which was unsurprisingly accompanied by their guidance for 2022 being lifted higher, as the graphs included below display.

Whilst their guidance for 2022 utilizes their accrual-based adjusted EBITDA, it should nevertheless see a comparable increase to their operating cash flow given their positive correlations. After initially providing guidance of $790m at the midpoint, they now see their results landing between $820m and $840m, which represents an increase of 5.06% at the midpoint. When looking elsewhere at their original capital expenditure guidance for midstream logistics, it was also increased from $137.5m to $180m at the midpoints with $33m of this $42.5m increase stemming from new projects, thereby only leaving the remaining circa $10m as a result of inflation, which is not surprising given these operating conditions. The more meaningful change is their new additional guidance of $110m for pipeline transportation, which lifts their new total capital expenditure guidance to $290m at the midpoint.

Even though only time will tell, if their better-than-expected cash flow performance continues into the third quarter of 2022 and beyond, it may effectively offset the risks of their dividend reinvestment program making their dividend payments unsustainably large versus their cash generation. The most important takeaway from the previous analysis was that their dividend payments could balloon to circa $460m per annum by early 2023 when their dividend reinvestment program ceases, which risks being troublesome to fund with free cash flow. If they sustain their underlying operating cash flow of circa $180m from the second quarter of 2022, it annuluses to circa $720m and thus leaves $430m of free cash flow after subtracting their accompanying 2022 guidance for capital expenditure of $290m.

Whilst this free cash flow would still produce weak dividend coverage of less than 100% in the short-term, there are now three avenues for this to change when looking ahead, once again, if they can sustain their better-than-expected cash flow performance. Firstly, since this gap is not too large relative to their now far higher operating cash flow, it means further improvements could easily bridge this difference in the coming quarters. Secondarily, despite their higher capital expenditure hindering their free cash flow and thus dividend coverage in the short-term, it nevertheless raises prospects for better results in the medium to long-term or alternatively as a third possibility, their higher capital expenditure may edge lower in 2023, thereby instantly boosting their free cash flow.

At the moment, it remains too early to tell if these avenues will be forthcoming but nevertheless, the fact that there now exist whereby their dividend payments may not end up being too burdensomely large is encouraging and thus raises hopes. If interested in further details regarding the risks posed by dilution from their dividend reinvestment program, please refer to my previously linked article that explained this aspect in detail.

Despite their free cash flow climbing higher, their net debt still edged slightly higher following the second quarter of 2022 to $2.966b versus its level of $2.931b when conducting the previous analysis following the first quarter. The primary cause was the redemption of their preferred shares, which amounted to $91.9m during the second quarter and thankfully, this is not a negative because it stems from optimizing their capital structure. Meanwhile, their cash balance slipped to $5.3m versus $17.6m across these same two points in time but despite the large change in percentage terms, in reality, it is not material and thus given these only small movements, it would be redundant to reassess their leverage and liquidity in detail.

The two relevant graphs have still been included below to provide context for any new readers, which shows their respective net debt-to-EBITDA and net debt-to-operating cash flow are 5.46 and 5.23 following the second quarter of 2022. Despite being an improvement versus their respective results of 6.78 and 7.38 when conducting the previous analysis following the first quarter, they nevertheless remain above the threshold of 5.01 for the very high territory. Meanwhile, their liquidity also saw a modest improvement with their current ratio at 1.12 versus its previous result of 0.80 across these same two points in time, despite their cash ratio sliding to 0.02 versus 0.05 respectively. If interested in further details regarding these two topics, please refer to my previously linked article.

If they continue building upon their better-than-expected cash flow performance during the second quarter of 2022, they may effectively offset the risks of their dividend reinvestment program making their dividend payments unsustainably large versus their cash generation. Whilst this raises hopes, I nevertheless believe that maintaining my hold rating is appropriate for the moment but this may change positively in the future if this cash flow performance continues into the coming quarters.

Notes: Unless specified otherwise, all figures in this article were taken from Kinetik Holdings’ SEC filings, all calculated figures were performed by the author.

Share
Facebook
Twitter
Pinterest
WhatsApp
Previous article
Hrithik Roshan: ‘Vikram Vedha is the best piece of writing I have worked in’
Next article
Any incremental rate hike could at best be an insurance rate hike: Lakshmi Iyer of Kotak AMC
- Advertisement -