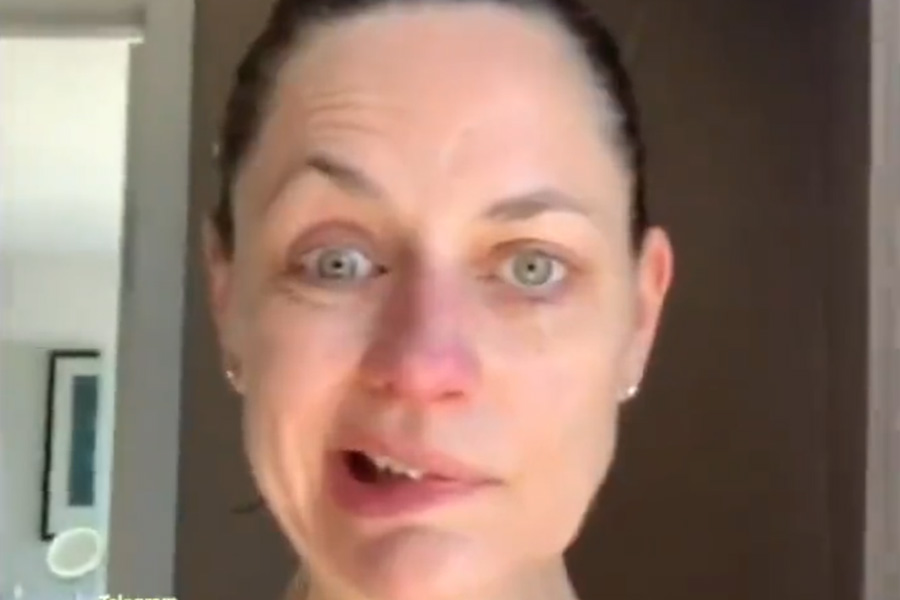 
LOS ANGELES, CA – A video originally filmed in 2021 depicting an actress claiming she had developed partial facial paralysis following receiving a COVID-19 vaccine –  but said that she “would do it again” and encouraged others to do the same –  has recently gone viral online.

Canadian actress Jennifer Gibson, known for A Dog’s Way Home (2019), Suits (2011) and Maps to the Stars (2014), claims in the video posted to her Instagram page last year that she came down with Bell’s Palsy – a condition that causes sudden weakness in the muscles on one side of the face – after getting a booster shot of the Pfizer vaccine three weeks prior.

However, despite the facial paralysis that is clearly on display in the video, Gibson – whose Instagram bio describes her as an “inclusive feminist” – not only said that she had no regrets, but told anyone considering taking the jab themselves that it was “worth it.”

“Well this is not a video I want to make, and it’s kinda hard to make, because, as I’m watching myself I see what I’m gonna say, which is I have been diagnosed with Bell’s palsy, which is paralysis on one side of the face,” Gibson said. “So, I got it about two weeks after getting my vaccine, and I had a rough go with the vaccine – and I guess still am – but I have to say that I would do it again because it’s what we have to do to see people.”

Despite the original video being posted to Gibson’s Instagram page in May 2021, a recent tweet sharing it Thursday has already garnered over 2.5 million views and counting.

In the original Instagram post, Gibson included a caption that read, “Day 1 with Bell’s Palsy, from May 11, 2021. I’ve had many people follow this page after their own #diagnosis, so I’m sharing this video hoping it gives them optimism. My symptoms got worse after this video, I was considered a severe case, and I am almost back to ‘normal’. (Whatever that is…) I didn’t see any improvement for about a month and I got really discouraged, so I hope this can help someone. #bellspalsy #recovery.”

Gibson received numerous comments on the post, with some also noting that they too had contracted Bell’s Palsy-like symptoms after having gotten the vaccine.

There have been some studies – including one published in the Lancet Infectious Diseases journal – that shows there is a small risk of developing Bell’s Palsy from some COVID-19 vaccines.

But despite the issues she’s encountered, she said during a May 2021 interview that she still believes that being vaccinated against COVID is important, but that ultimately it should be an individual decision.

Don’t send children with SORE THROATS to school, parents are told amid Strep A outbreak