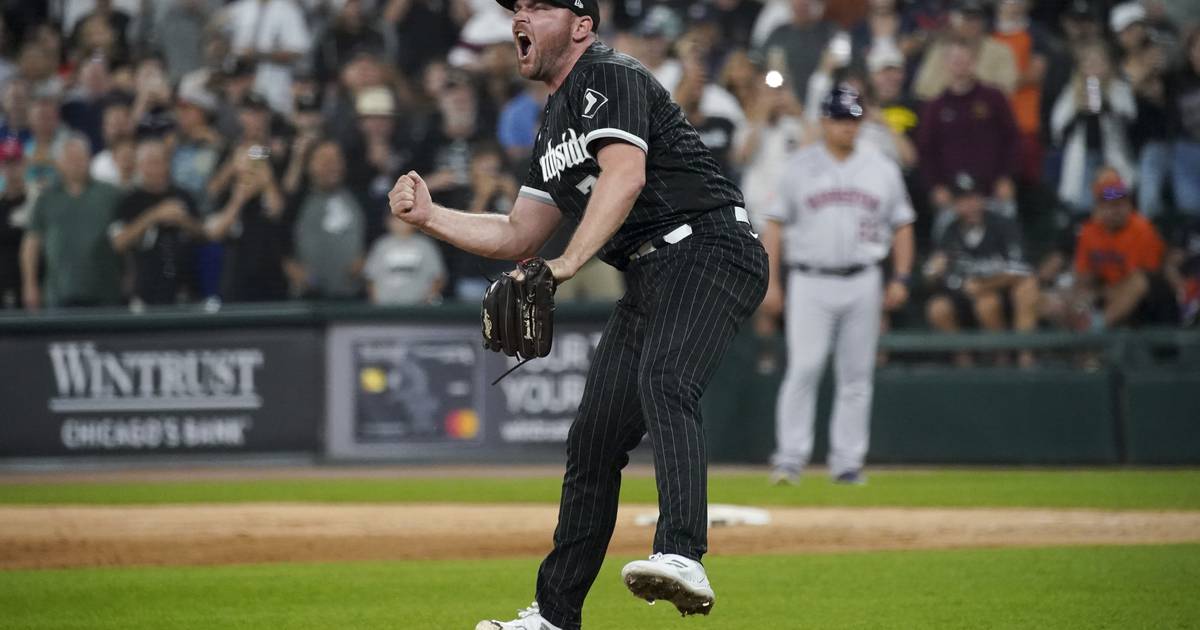 “Our pitching is viewed as an area of strength,” Hahn said Tuesday at the Manchester Grand Hyatt. “Obviously in this game, that’s something that’s coveted. We’re going to hear from teams with interest.

“We’re not doing our job if we’re not listening to what ideas people present. At the end, we’re certainly not out there shopping any individual player. But we can’t be closed-minded to any ideas that may show up.”

Generally speaking, Hahn was hopeful the Sox “laid the groundwork” at the winter meetings for moves in the coming weeks.

“The whole thing’s binary — you either have a deal or you don’t,” Hahn said Wednesday. “We’ve had some productive conversations both on the trade and the free-agent front. Until there’s a deal, it really doesn’t matter.

“It was a productive week. Lots of conversations, lots of different ideas thrown about. Hopefully we laid the groundwork for closing some deals here in the coming weeks.”

The Sox made a pick in the major-league phase of the Rule 5 draft Wednesday, selecting right-handed pitcher Nick Avila from the San Francisco organization. Avila, 25, went 4-2 with a 1.14 ERA, 0.98 WHIP, 16 saves and 58 strikeouts in 47 relief appearances between High-A Eugene and Double-A Richmond in 2022.

The #WhiteSox have selected right-handed pitcher Nick Avila from the San Francisco organization in the major-league phase of the Rule 5 Draft.

“It was made with the intention of Nick potentially being someone who could play a role in our bullpen in 2023,” Hahn said. “We like the long-term upside, but we would not have made the selection if we didn’t think he had the chance to potentially contribute as most likely a multi-inning reliever for us next season.”

Hahn said Avila has a history with Ethan Katz, who was with the Giants organization before becoming the Sox pitching coach.

“We figured it was a nice opportunity to capture a kid who shows well from a scouting standpoint and from a data standpoint and see what we can get out of him,” Hahn said.

[ [Don’t miss] 3 questions for the offseason about the Chicago White Sox infield, including who will start at 1st and 2nd base ]

Most of the activity for teams at the winter meetings revolved around free agents.

“I freaking love these meetings when I was a kid and loved the excitement, the excitement and buzz that’s created and the anticipation in wanting a deal to be done,” Hahn said. “So maybe now I’m paying the price for all that youthful enthusiasm and need to show a little bit of patience here over the next few weeks.

“But as we talked about from the start, and back at the GM meetings, if it was going to be more of a trade path — which was my instinct — some of the free-agent things were going to have to resolve themselves before the trade opportunities really presented themselves. We’ll remain patient. And diligent.”

The Sox could be in line for help at second base.

“We have a couple of internal options — I’ve mentioned Romy (Gonzalez), mentioned Leury (García) and also Lenyn Sosa as possibilities,” Hahn said Tuesday. “We made no secret that it’s also a possibility that we wind up going outside to add to that mix.”

Would the Sox roll with those in-house options at second base and throw all their resources in addressing the outfield?

“It’s going to depend upon what’s accessible at each,” Hahn said. “If you pool all your resources, does that significantly upgrade your ability at one spot and you feel like the potential difference between the upgrade at the other spot is worth that sacrifice? Or are there equally accessible upgrades so you wind up addressing both? That’s a fair way of looking at it. There’s different ways to skin a cat.”

Hahn said the Sox aren’t going to rush a move.

“We certainly would love to replicate some of the previous winter meetings we had where we had multiple trades or free-agent signings,” Hahn said Wednesday. “We’re not going to force it. We’re going to wait for the right deals to present themselves and then act accordingly.”

“Every team has a tremendous community relations, so to be the winner among 30 teams it’s quite an honor,” Sox Chairman Jerry Reinsdorf said Wednesday.

The ACE program — in its 16th year — was launched to create opportunities for under-resourced Chicago communities. It provides year-round support to more than 640 youth, according to a team release. Since it began, 28 ACE players have been drafted by MLB teams and more than 250 participants received college scholarships.

“I’m sincere when I say the best thing you can do when you own a sports franchise is do the things in the community,” Reinsdorf said. “It’s so much more important than winning a baseball game, which is good because we don’t win that many.”

It’s the second time the Sox have received the honor, previously in 2011 for the White Sox Volunteer Corps.

Separately, Marco Paddy — the special assistant to the general manager, international operations — was recognized as the international scout of the year at a reception. Paddy has been with the organization for 10 years.

“For me to be recognized after so many years of service and the work we’ve done, it means along the way we handled our opportunities the right way,” Paddy said Tuesday.