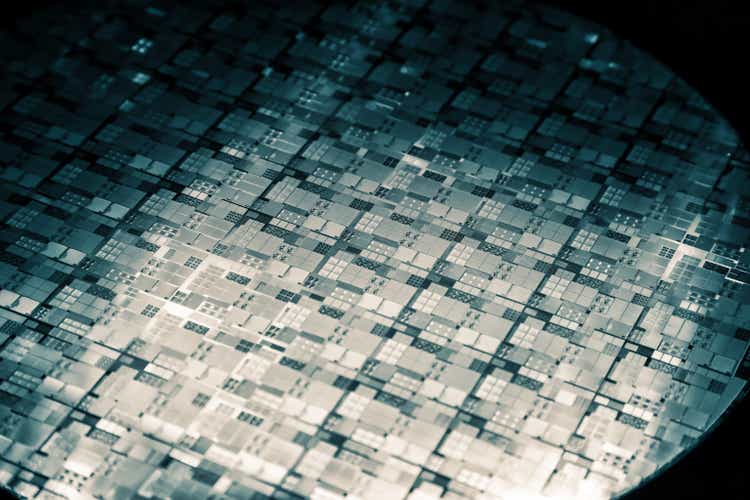 Polysilicon maker revealed the final phase of its massive expansion will add 100,000 MT of capacity and should start producing by the end of next year.

Bring on the polysilicon!

That’s the latest battle cry coming from Daqo New Energy Corp. (NYSE:DQ), which on Tuesday announced the final piece in a massive expansion that will quadruple its capacity for polysilicon, the main ingredient used to make solar power cells, from where it was at this time last year. The only problem is that Daqo is hardly the only one hoping to tap surging global demand for solar power.

In fact, the mad scramble by Daqo and its peers to add new capacity has led analysts to predict that 2023 will be the year of the polysilicon supply glut, which will inevitably translate to tumbling prices for the material after two years of strong gains. Market data firm Shanghai Metals Market last week forecast a “severe oversupply” of polysilicon in 2023, with production capacity set to double next year to about 2.5 million MT, according to financial media Caixin.

If we assume that 1.25 million MT of capacity is being added worldwide, that means Daqo will be responsible for a big chunk of that – around 15%. That’s because the company is planning to add 200,000 MT of new capacity at a massive new facility it is building in the Inner Mongolia city of Baotou.

That brings us to Daqo’s latest announcement that details the second of two phases for that expansion. Daqo first announced the plan about a year ago, saying it would invest 8.55 billion yuan ($1.2 billion) to add 100,000 MT of capacity in the expansion’s first phase, which was set to start producing in next year’s second quarter.

The company had about 75,000 MT of annual capacity at the time of the announcement, but since then has raised the figure to about 100,000 MT – meaning the first phase of the expansion alone will roughly double its current capacity.

According to its latest announcement, the second phase of the expansion will follow roughly a half year behind the first phase, involving another 9.2 billion yuan in investment and adding another 100,000 MT of capacity. That project, called Phase 5B, is set to start producing by the end of next year. When all is said and done, Daqo will have the capacity to produce about 305,000 MT of polysilicon annually, roughly triple its current capacity.

In addition to the new polysilicon capacity, Daqo said it is also building capacity to produce 300,000 MT of metallurgical silicon capacity, which will allow it to self-supply the material in the future.

“We believe that our Phase 5B project and the metallurgical silicon projects will further enhance our leadership with increased capacity, improved quality, lower cost, and better management of supply chains,” said Daqo CEO Zhang Longgen.

While the company was quite excited about the final piece of its expansion, investors didn’t quite see it that way. Daqo’s shares sagged 8% in the two trading days after the announcement. They are still up 19% so far this year, as green power stocks have been one of the few groups to do well in the current market. The group was already doing well on growing worldwide commitments by countries to lower their carbon footprints. The sector got a further boost after Russia’s invasion of Ukraine, which strengthened many western nations’ resolve to wean themselves from dependence on Russian oil and gas sooner rather than later.

While the big picture looks good for companies throughout the solar power ecosystem over the next five to 10 years, some major hiccups are also likely to occur due to the industry’s cyclical nature. In this case, one of the first such hiccups is almost certain to come next year when Daqo and its rivals start ramping up their massive amounts of new polysilicon capacity.

That group has boomed over the last two years as prices more than tripled over the period. In its latest quarterly report, Daqo said it sold polysilicon for an average price of $36.44 per kilogram in the three months to October – a huge jump over the $11.90 per kilogram it was getting a year and a half earlier in the first quarter of 2021.

That jump has turbocharged both revenue and profits for Daqo and its peers, and in at least one case, it even brought back the ailing GCL Technology (3800.HK) (OTCPK:GCPEF) from the brink of collapse. Daqo reported last month that its third-quarter revenue roughly doubled to $1.2 billion, though its profit rose by just 11% to $323 million. But on a non-GAAP basis, which excludes employee stock expenses, Daqo’s profit also doubled to $590 million from $295 million a year earlier.

But polysilicon prices peaked in mid-November and have been moving down since then, falling from a high of 303 yuan per kilogram to the current level of around 295 yuan. That marks their first price decline in about a year, according to the Caixin report.

While a price downturn is clearly one of Daqo’s biggest worries, the company also continues to face another big potential risk due western allegations of unfair labor practices in western China’s Xinjiang region where the company is based. That overhang prompted Daqo to last year invite the investment community to its Xinjiang base to show it wasn’t engaged in such activities.

The company’s polysilicon was still banned by the U.S., though Daqo said it wouldn’t be affected because most of its sales were to other markets. And as we’ve noted before, the company most likely chose Inner Mongolia for its massive new production base – which will account for two-thirds of its overall capacity on completion – to remove the Xinjiang risk, since no such unfair labor allegations have been made in relation to that part of China.

The polysilicon makers, in general, are valued quite lowly, probably due to perception of the group as makers of a commodity rather than a real value-added product. Daqo’s stock currently trades at a price-to-earnings (P/E) ratio of just 2.1, compared with 5.5 times for GCL Technology and 4.8 times for Germany’s Wacker Chemie (WCH.DE) (OTC:WKCMF). Daqo’s discount compared with its peers reflects not only the Xinjiang risk, but also the risk it could face due to difficulties recouping its new massive investment if polysilicon prices drop sharply.