Gujarat Assembly elections: BJP upbeat ahead of counting of votes 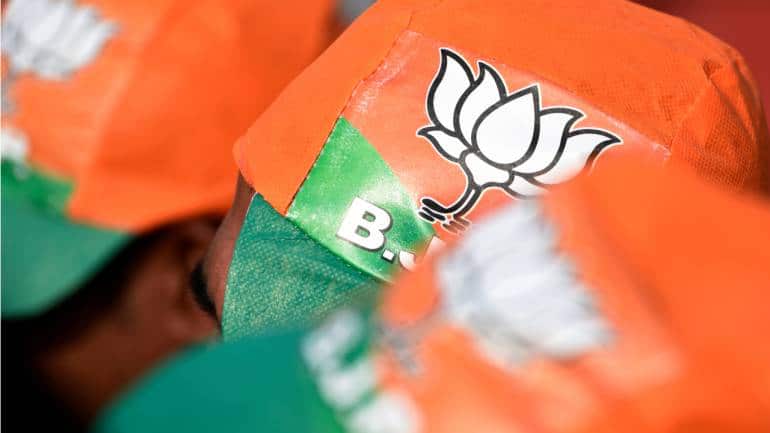 The ruling BJP in Gujarat is aiming for a straight seventh term in the state, as the counting of votes for the Assembly elections held on December 1 and 5 gets underway on Thursday morning.

The counting process will start at 8 am at 37 counting centres covering the 182 Assembly seats.

It was a high-stakes three-cornered fight between the BJP, Congress and AAP. Political observers said the outcome will determine who captures the main opposition space in Gujarat.

Exit polls have predicted a big majority for the BJP in Gujarat and if these projections are any indication, the saffron party is all set to retain power in the state for the seventh consecutive term and equal Left Front’s feat in West Bengal.

For the BJP, a positive result will firm up Narendra Modi’s bid for a third consecutive term as PM in 2024.

For the Congress, its role as the main challenger to the BJP is at stake and Thursday’s results will reveal if the party’s ‘silent campaign’ has cut ice with people, an observer said. Top leaders of the party were busy with the Bharat Jodo Yatra.

For AAP, which carried out an aggressive campaign, Gujarat election is a chance to establish itself as a pan-national party and a challenger to BJP at the national level also.

Emboldened by the victory in the Delhi municipal elections, AAP hopes that its welfare politics will be accepted by the people in Gujarat.

The BJP battled anti-incumbency sentiments after 27 years of rule in the state as it faced the recent elections. Modi was the party’s trump card and the ruling party banked on Brand Modi containing the anti-incumbency factor.

Among the key issues in the elections were unemployment, price rise, water not reaching certain pockets of the state, land acquisition for big projects and farmers not getting proper compensation for crop damage due to excess rains.

The voting percentage this time around was almost four per cent less than what it was in 2017 as the state recorded 64.33 per cent voting against 68.39 per cent in 2017.

This decline was attributed to the general apathy of the urban voters to exercise their franchise. The low voting percentage has left the BJP worried, and in the second phase the party made frantic efforts to increase the polling figures.

While the contest in Gujarat has traditionally been between the BJP and Congress, it was three-cornered this time around with Aam Aadmi Party (AAP) entering the poll arena.

Prime Minister Narendra Modi led the BJP poll campaign, addressing around 30 rallies and road shows in the state. Union minister Amit Shah was in the state for almost two months, micromanaging the campaign and election strategy for the BJP.

Almost all the Union ministers of BJP campaigned in the state.

Chief Electoral Officer P Bharathi said there are three counting centres in Ahmedabad, two in Surat and Anand, and one in each of the remaining 30 districts. All necessary preparations for the counting have been done, she added.

A three-tier security system has been ensured at all the counting centres with local police and personnel of State Reserve Police Force and Central Armed Police Force.

While counting of postal ballots will be done from 8 am, counting of EVM votes will begin at 8.30 am, Bharathi said. The entire process will be videographed, she added.

As per the exit polls, the ruling party is expected to win in the range of 117-151 seats, while the Congress was predicted to bag between 16 to 51 seats. The Aam Aadmi Party was projected to bag anything between two and 13 seats. The majority mark in Gujarat is 92.

A total 70 political outfits and 624 independents were in the fray.

In the 2017 Assembly polls, BJP won 99 seats and Congress 77 seats, while two seats went to BTP, one to NCP, and three to independents.

Ahead of this month’s elections, the BJP’s number in the House stood at 110 and Congress at 60 after 20 MLAs who won on Congress seats switched over to the BJP in the last five years, three of them quitting just ahead of the elections.

Punjab CM and AAP leader Bhagwant Mann spoke on his party winning the Municipal Corporation of Delhi (MCD) elections, adding it will perform well in Gujarat too.

“The BJP wanted to stop AAP, so it had fielded its entire force on the ground. I will be with you again tomorrow during the Gujarat Assembly polls results. The results will be surprising. The exit polls will prove to be wrong in Gujarat. I will go to the party office and celebrate with the workers,” he said.