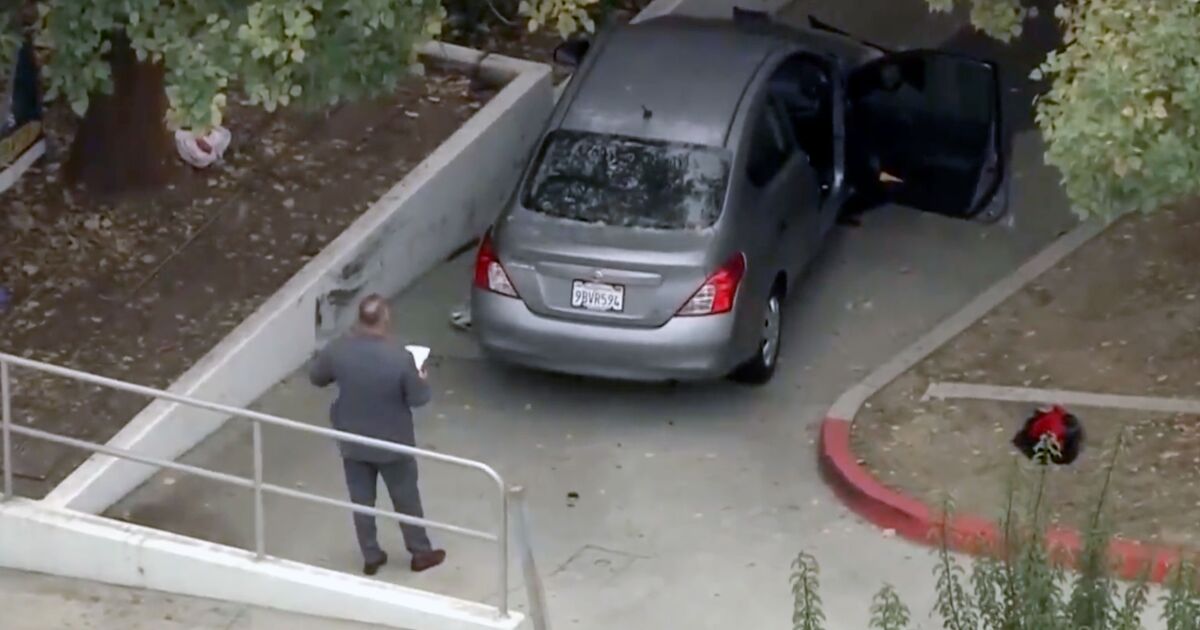 A man accused of running down his 63-year-old former Mt. San Antonio College coworker with a vehicle had named the victim in a social media tirade about his time at the school, online posts show.

Deputies were called to the Walnut campus around 7:30 a.m. Dec. 1 regarding a pedestrian who had been hit by a vehicle. The victim, tram driver Rafael Barragan Jr., was pronounced dead at the scene.

The Los Angeles County district attorney’s office charged James Milliken, 38, with murder this week in connection with the crash.

“The traffic collision appears to be an intentional act,” the L.A. County Sheriff’s Department said Thursday.

In pages of a Microsoft Word document posted to Milliken’s Facebook page Oct. 5, 2021, the suspect wrote of his alleged mistreatment while employed with the college as a tram driver.

In the post, Milliken said he had experienced microaggressions and comments about his hair while working at the school. “These little humiliations and deep-cutting comments said by many individuals in the workplace are only said to or about African American employees,” Milliken wrote.

In one passage, Milliken alleged that Barragan, who is mentioned by name, threatened him multiple times and “also convinced others to take part in the harassment and take up a threatening posture against me.”

Milliken wrote that he submitted a human resources complaint which was “intentionally leaked.”

School officials confirmed that Milliken had been employed by Mt. SAC and resigned in 2021. Officials also confirmed that the Facebook page containing the documents belonged to Milliken.

Barragan, who had worked at Mt. SAC since 2007 transporting students with disabilities through the school’s ACCESS program, was remembered by officials as a warm-hearted presence on campus.

“We are all full of so many emotions,” Audrey Yamagata-Noji, vice president of student services, said in a statement. “Ralph was our friend, our buddy, our ray of sunshine.”

“Ralph did so much more than transport ACCESS students — he was their friend, their mentor, their encourager,” Yamagata-Noji said. “To colleagues, he was always around to be supportive, to smile, to wave, to stop to show you pictures of his family, to remember something about you, to take an interest in you and your life.”

A memorial for Barragan was set up on campus Monday, and a memorial ceremony is scheduled for Friday afternoon.

A GoFundMe for Barragan’s family was launched by the school Wednesday.