Op-Ed: Republican Candidates That Have All the Great Policies But Without the Baggage 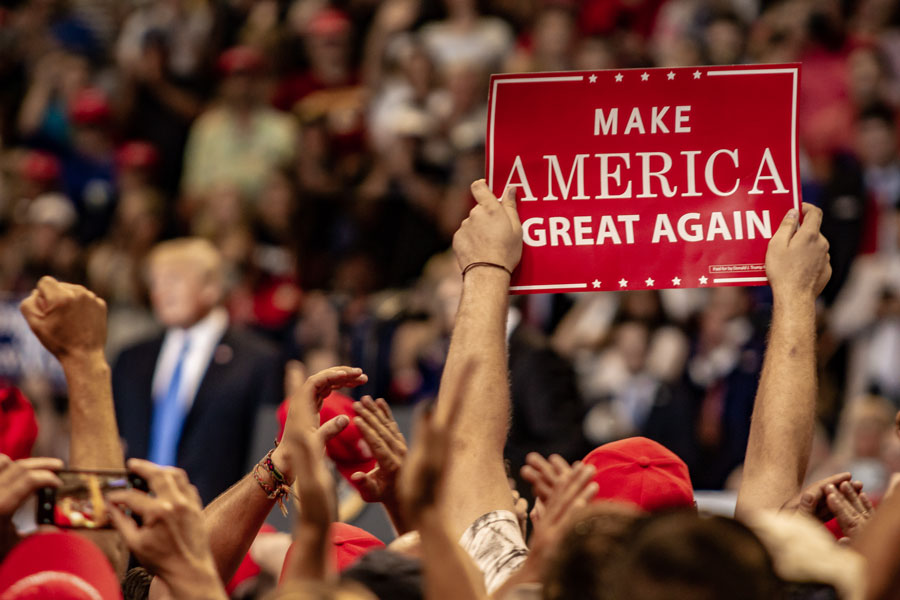 
DELRAY BEACH, FL – I thought that the policies by President Trump, during his term in office, were the best in my lifetime, but the times they are a changing. By the year 2024, in the next presidential election, President Trump will be 78 years old. It might just be time for new blood to lead the Republicans and the country. The Republicans have a host of young dynamic faces that could make great leaders of the Republican Party and for the country, in trying to bring the country back from the devastating Biden domestic and foreign policies.

Yes, President Trump did a masterful job in confronting and exposing the “Deep State” that are entrenched in Washington D.C. , but the power of those unsavory “Deep Staters” were used as weapons to deprive Trump from being reelected in 2020. The power of the “unelected” bureaucrats, especially at the Justice Department and the FBI, were used to undermine Trump’s campaign (which they failed to accomplish in 2020), but not to take defeat lightly, they regrouped to work against the reelection of Trump in 2020 (which they succeeded to accomplish). Their perfidy in electing Joe Biden, and his Marxist/Socialist policies, which might take us years to undo all the damage his policies have impacted on us negatively.

Well, if not Trump in 2024, then who might take the reins of the Republicans? Let’s start with 40 something Governor Ron DeSantis of Florida, who was just reelected governor in Florida by an almost 20% point margin over Congressman (and former Florida governor) Charlie Crist. It was a tremendous political whipping not seen before in Florida. In addition, in the Republican Party, to name a few possible candidates, there are very attractive presidential hopefuls such as Governor Kristy Noem of South Dakota, Governor Glenn Youngkin of Virginia, former Governor Nikki Haley of South Carolina, and Senator Tom Cotton of Arkansas. All are committed to “Make America Great Again”, which is the motto of President Trump, but with little or no controversy that comes with a Trump nomination.

The reason I bring up these possible contenders, is that I believe that President Trump has created too many negatives and bad feelings among both his political enemies and some of his fellow Republicans, that he would have a difficult time winning in the general election in 2024. Even though his policies were proven greatly beneficial to our country, I think his personality, manner, and his penchant to fight both enemies and fellow Republicans, would make it difficult for him to win.  In  other words, we need new blood to head our great nation. We can’t afford to let the radical Democrats lead our nation again, and the havoc that that would entail.

Just recently, before and after the less than positive performance of the Republicans in the 2022 mid-term elections, Trump made some unfriendly comments about Governor Ron DeSantis, who Trump sees as his major rival for the Republican nomination. He also has been at odds with other Republicans who have criticized him on occasion. Instead of trying to find common ground with his critics, he has resorted to demean them. That’s not how to win friends and influence others who could help you. People are fed up with all the drama of us against them, which the Democrats are adept at and seem to get away with, but seem to hold the Republicans to a different, higher standard.

President Trump had a good case of election fraud that was used against him in 2020, but by circumstances, good or bad, he lost the election.  It’s over and done with and nothing will change the outcome –  as they say, life is unfair, so you’ve got to move on, which it seems Trump does not want to do. People, in general, do not like whiners, which Trump seems to have become. It’s the future that’s important, not the past.

It’s amazing that with the country with the worst economy in 40 years, and the country in turmoil with crippling inflation, that the Republicans couldn’t win control of both Houses of Congress? It seems that they, as usual, grasped defeat out of the jaws of victory. For all the good things that Trump was responsible for, I do think it is time for new, younger leaders to guide the Republicans in the future. The names mentioned above are people I think would make a Republican election more possible in 2024.

With all that said and done, if Trump is the nominee of the Republican Party, I will vote for him, but I’d rather see a younger, more personable person, without the baggage that Trump carries, get the nomination to raise our chances of taking back the White House in the general election in 2024.