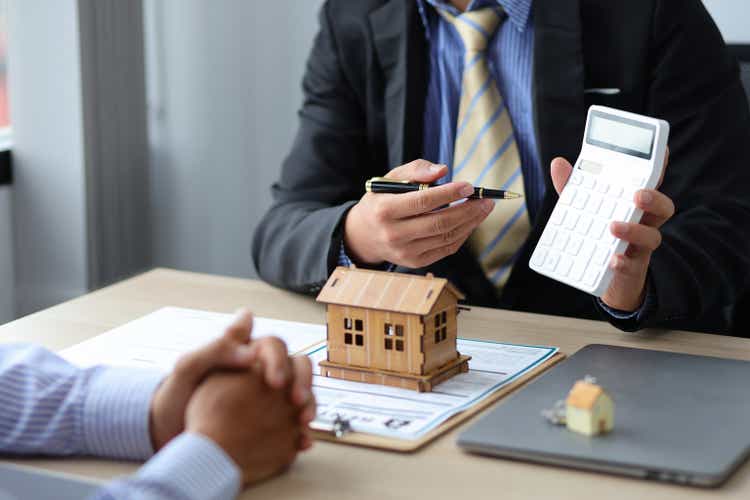 
A Quick Take On Pineapple Financial

Pineapple Financial (PAPL) has filed to raise $21.1 million in an IPO of its common stock, according to an S-1 registration statement.

PAPL has grown revenue from a small base, but operating losses are also growing and the real estate market faces risks in a rising interest rate and slowing economic environment.

I’ll provide an update when we learn more IPO details from management.

Management is headed by Chief Executive Officer Shubha Dasgupta, who has been with the firm since October 2015 and was previously a Mortgage Broker at Bedrock Financial Group.

The company’s primary offerings include its MyPineapple data management, CRM, underwriting support and reporting software to:

As of August 31, 2022, Pineapple has booked fair market value investment of $7.8 million from investors including Prodigy Capital Corp and individuals.

95% of its revenue comes from lender partner service commissions and the company is active in mostly central and eastern provinces in Canada.

Management plans to open its first brokerage offices in British Columbia and Quebec ‘sometime in late 2022 or early 2023.’

Selling, G&A expenses as a percentage of total revenue have risen sharply as revenues have increased, as the figures below indicate:

The Selling, G&A efficiency multiple, defined as how many dollars of additional new revenue are generated by each dollar of Selling, G&A spend, was 0.2x in the most recent reporting period. (Source – SEC)

According to a 2022 market research report by Mortgage Professional America Magazine, the Canadian market has recently been in a state of transition due to rising interest rates in response to high inflation.

Hot markets such as Toronto and Vancouver have seen skyrocketing housing prices.

The report said that ‘the prime lending rate remains reasonable by historical standards even after recent hikes.’

Rental markets in larger cities are also in high demand, particularly in Toronto and Vancouver. With more people moving to these cities, rental demand is expected to remain strong over the coming years. However, rental markets in smaller urban centers and rural areas are also seeing strong growth.

Graeme Moss, founder at a Hamilton, Ontario mortgage broker, believes that the ‘opportunity will remain for the broker and agent community, and their clients.’

The company’s recent financial results can be summarized as follows:

Below are relevant financial results derived from the firm’s registration statement:

Pineapple intends to raise $21.1 million in gross proceeds from an IPO of its common stock, although the final amount may differ.

The firm has authorized multiple classes of stock, as follows:

As of the filing, only common stock has been issued and outstanding.

The S&P 500 Index no longer admits companies with multiple classes of stock.

No existing shareholders have indicated an interest to purchase shares at the IPO price.

Management says it will use the net proceeds from the IPO as follows:

approximately 40% for improving our technology.

approximately 20% for expansion of our business in North America and globally.

the remainder for working capital and other general corporate purposes.

Management’s presentation of the company roadshow is not available.

The sole listed bookrunner of the IPO is EF Hutton.

PAPL is seeking U.S. public capital market investment to fund its growth activities and invest in upgrading its technology offerings.

The company’s financials have produced increasing topline revenue from a tiny base, higher operating loss and growing cash used in operations.

Selling, G&A expenses as a percentage of total revenue have risen sharply as revenue has increased; its Selling, G&A efficiency multiple was only 0.2x in the most recent reporting period.

The firm currently plans to pay no dividends for the foreseeable future and to reinvest any earnings back into the company’s growth initiatives.

The market opportunity for providing technology solutions to brokers in Canada has been substantial but faces an unknown future growth rate due to rising unaffordability of housing and higher interest rates, which tends to put a damper on real estate activity.

EF Hutton is the sole underwriter and IPOs led by the firm over the last 12-month period have generated an average return of negative (60.5%) since their IPO. This is a bottom-tier performance for all major underwriters during the period.

Risks to the company’s outlook as a public company include growing risks of a recession as the global economy slows down due to inflation and a higher cost of capital environment.

When we learn more about the IPO’s pricing and valuation assumptions, I’ll provide a final opinion.