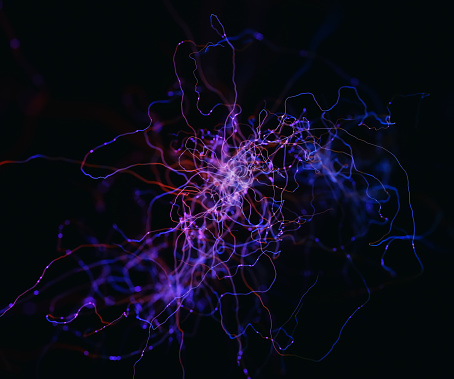 Following our extensive coverage of AxoGen, Inc. (NASDAQ:AXGN) throughout FY20 and FY21′ we were hoping to remain bullish on the stock. However, when looking at market positioning, and its latest set of numbers, we’ve revised our thesis on AXGN to a hold. Here we’ll discuss our reasons why, but if you weren’t familiar, we were previously bullish on the stock on these positive points:

For further analysis of the original buy thesis, we encourage you to read of last two publications on AXGN, found below:

Pushing forward to this report, we see downside risk looking ahead. We will go through each reason why in detail below, but the main premise is the thin growth, narrowed FY22 guidance [we expect companies to be increasing, if anything] and newly obtained market data. Hence, we revise down to hold.

We observe further deceleration of AXGN’s buy case in analysis of its latest set of numbers. We’ve been holding companies to account with their previously stated guidance as well, and this forms the second part of our revision [discussed later].

Speaking of AXGN’s Q3 numbers, we saw the revenue of $37mm, marked a YoY growth of 18%. In our opinion, this is thin growth to justify further upside on the chart. We believe it stemmed from the revenue split between core and active accounts. Let us explain the reasoning behind this:

It also exited the quarter with 111 direct sales representatives, up from 109 a year ago. Hence each sales rep hypothetically generated ~$333,333 in revenue per rep for the quarter. OpEx increased 9% YoY to $35.6mm, but just a small jump from the $32.7mm in the previous year, and R&D expenses also rose by 10%. So we were expecting a little more than an adjusted loss of $0.01 per share. This still beat consensus, however it looks to us that AXGN’s EPS growth could be slowing looking ahead.

Product development expenses included spending on various growth initiatives such as the BLA for Avance Nerve Graft and a next-generation Avance product line. Collectively, PD expenses made up ~50% of total R&D in both the current and previous year, whereas clinical expenses accounted for about 50% of total R&D. As a percentage of turnover, research and development expenses were 19% in Q3, down from 21% in the previous year.

Even with the momentum heading into Q4, management narrowed FY22 guidance. It now expects 2022 revenue to be in the range of $137.5mm-$140mm, compared to the previous range of $135mm-$142mm. The marginal downstep is just that, a step in the wrong direction for our investment principles – we prefer to see revisions to the upside. Combined with the chart series discussed below, we believe there is reason to be neutral on the stock.

We simply cannot ignore the information gained on an active position with technical studies. With that, we’ve seen AXGN break through its uptrend, and crossed below the 50DMA for the last 3 weeks.

It had formed an ascending base off the lows, bouncing from support 3x in doing so.

Each time was corroborated with sufficient volume/accumulation off the low.

However, in the last phase, the overall weekly volume trend has been descending. Despite two large weeks of upward volume, the stock failed to make new highs. We believe this suggests heavy resistance.

Moreover, the stock has failed to break up above the cloud support. This is despite its first migrating to the cloud off its low point. It has since traded sideways for the past 2-weeks with no ascending price action.

Looking deeper, we also see that there’s been a large divergence between on balance volume (“OBV”) and the price distribution. OBV has been trending down for the entire down-leg since FY21 despite the AXGN share price catching a bid. Now with the stock trading sideways, this adds to our opinion that accumulation and buying support may be low.

As a result, it’s no surprise to see the spread of price targets narrowing for AXGN. We have targets to $11-13 range, however, the latest downside target we’ve got is $5.20. Again, this adds to our revision.

Exhibit 5. You can see that there are now downside targets to $5.20. Again, this corroborates that buying power may have dried up, or, that there may be an exhaustion of the current trend.

Given the reversal of several upside factors discussed in this report, we revised our position on AXGN from a buy to a hold. We believe its latest rally may have exhausted, judging from the evidence obtained in our latest studies. In doing so, we also withdraw our suggested price range.