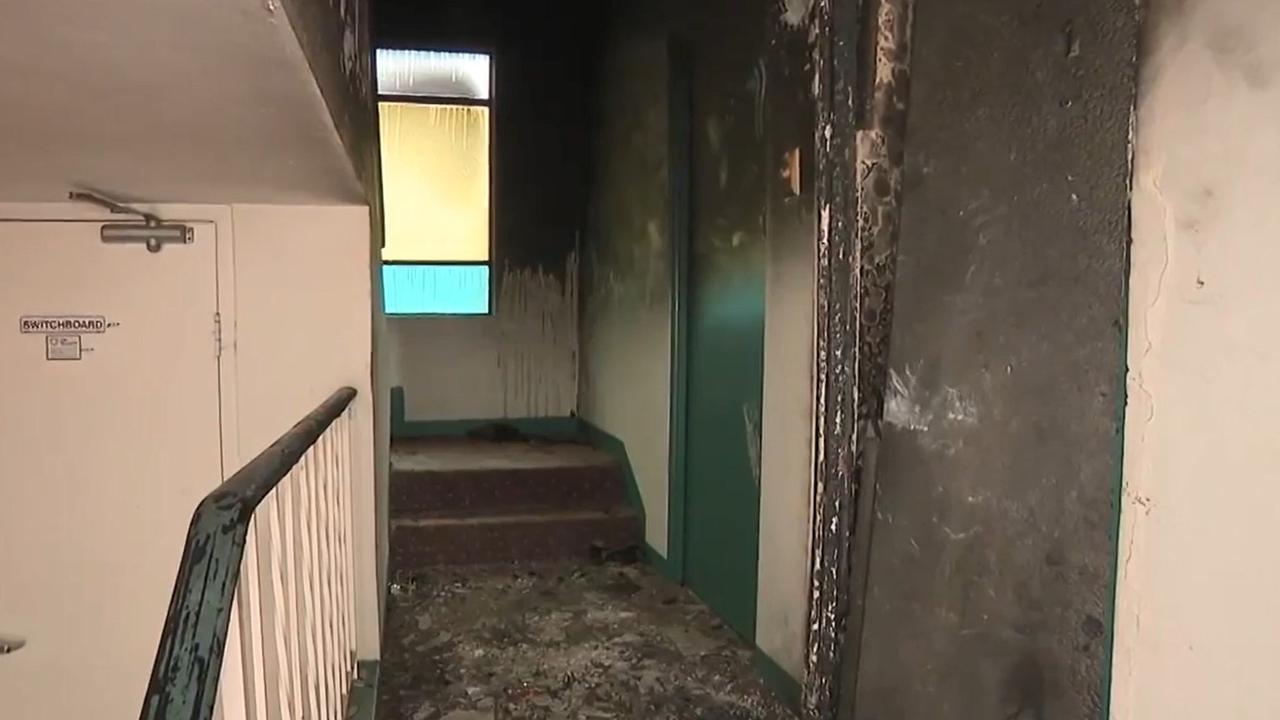 
Three people have been forced to jump from the second floor of a burning building after the only exit was blocked by flames.

More than 20 firefighters and six fire trucks rushed to the scene after the fire broke out in the ground floor unit of a building on Military Road in Neutral Bay just before 5am.

A woman who lived in the unit suffered burn injuries to her legs but made it outside, while her neighbours were not so lucky.

They were trapped inside the building with flames blocking the only exit.

One woman was forced to leap from her home on the second floor of the building to make it to safety, throwing a mattress out the window and getting neighbours to place it on top of bins.

He broke her ankle during the fall but survived and was taken to hospital for treatment of the serious leg injury.

Another man told 9 News that he also jumped from the building.

“I had to jump out the window and I sprained my ankle a few days ago, so I didn’t really want to do that,” the man told 9 News.

Fire and Rescue NSW crews also rescued a cat from the building, placing it on oxygen before rushing it to a 24-hour veterinary clinic where it underwent emergency treatment.

The home that went up in flames is believed to have been that of a hoarder.