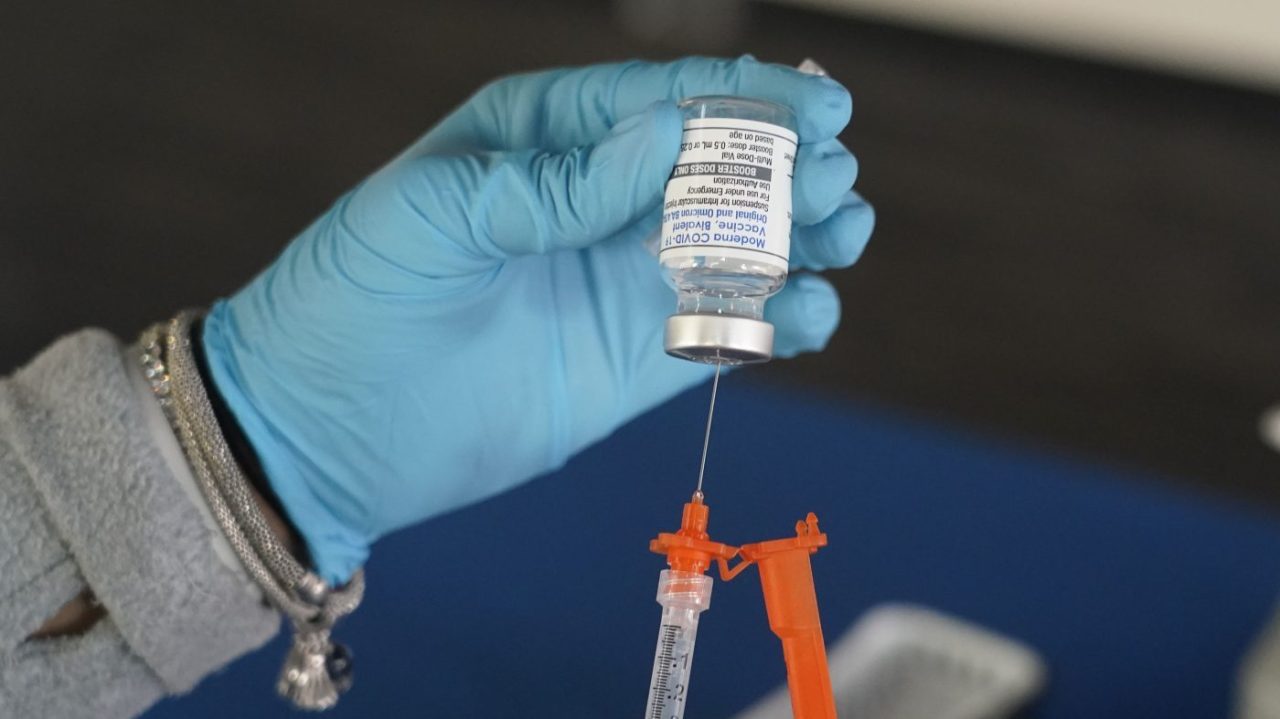 You may be cool, but do you have a license to own a unicorn like this lucky Los Angeles girl?

Today in health, the FDA has expanded its emergency use authorization for the COVID-19 bivalent shots to include children as young as 6 months old.

Welcome to Overnight Health Care, where we’re following the latest moves on policy and news affecting your health. For The Hill, we’re Nathaniel Weixel and Joseph Choi. Subscribe here or in the box below.

The latest in politics and policy.
Direct to your inbox.
Sign up for the Health Care newsletter

The Food and Drug Administration (FDA) on Thursday announced it has expanded the emergency use authorization for the bivalent COVID-19 vaccine to include children between the ages of 6 months and 5 years.

“As this virus has changed, and immunity from previous COVID-19 vaccination wanes, the more people who keep up to date on COVID-19 vaccinations, the more benefit there will be for individuals, families and public health by helping prevent severe illnesses, hospitalizations, and deaths,” FDA Commissioner Robert Califf said in a statement.

According to the most up-to-date federal data, the BQ.1 and BQ.1.1 omicron subvariants are the two most common forms of the coronavirus circulating in the U.S. right now, collectively accounting for more than 60 percent of cases.

The bivalent shots are expected to still be effective against these strains, as they descend from the BA.4 and BA.5 omicron subvariants.

Senate Democrats on Thursday introduced a bill that would help fund expenses for women who need to travel to undergo abortion procedures.

Sens. Tammy Baldwin (D-Wis.) and Patty Murray (D-Wa.) are introducing the Reproductive Health Travel Fund Act. The bill would authorize $350 million annually in grants over the next five years for organizations and abortion funds to help cover the cost of patients’ travel for the procedure.

The funds would include associated expenses for lodging, child care and meals during the travel — as well as translation and patient education services.

The Journal of the American Medical Association found in a recent study that the average travel time for women seeking abortion services has more than tripled since the fall of Roe in June.

Baldwin and Murray’s bill would have the Treasury secretary award the grants to nonprofits, community-based organizations and other eligible entities that help women access the procedure, with priority given to groups that serve women from areas where abortion care is banned or restricted.

Vaccination with the Jynneos smallpox vaccine was found to offer strong protection against mpox infection after one or two doses, according to a study conducted by the Centers for Disease Control and Prevention (CDC), providing some of the first clinical evidence on the efficacy of the shot used to fight back against the mpox outbreak this year.

The CDC noted in its weekly report that the analysis of cases did not suggest a difference in protection between intradermal shots and subcutaneous ones, which are administered into the muscle and include a full dose of the vaccine like most other immunization injections.

The Department of Veterans Affairs (VA) and the Veterans Benefits Administration (VBA) will be adding staff to keep up with claims made by veterans through a recently passed bill to expand benefits for veterans exposed to toxins during their military service.

Joshua Jacobs, senior advisor performing the delegable duties of the under secretary for benefits of the Department of Veterans Affairs, said hiring was a key part of the VA’s plan to accommodate the expected increase in benefits claimed through the PACT Act, during a hearing held by the House Committee on Veterans’ Affairs.

“We are focused on hiring efforts up and down the organization,” said Jacobs. “VBA has been preparing for PACT Act implementation since last year, hiring approximately 2,000 additional employees.”

Lawmakers are facing a rapidly closing window to get key marijuana legislation across the finish line in the lame-duck session.

Despite fetching broad bipartisan support in the House and Senate, opposition from GOP leadership and a tightening timeline is chipping away at the bill’s chances of passage.

The measure, called the SAFE Banking Act, would undo federal restrictions that discourage banks and other financial institutions from offering services to legally operating cannabis businesses.

What Congress is saying:

Though the bill has Republican backers even outside those co-sponsoring the measure, there is still pushback within the caucus, party members say. Among the loudest has been Senate Minority Leader Mitch McConnell (R-Ky.), who this week knocked the bill as a measure that aims to make “our financial system more sympathetic to illegal drugs.”

That’s it for today, thanks for reading. Check out The Hill’s Health Care page for the latest news and coverage. See you tomorrow.