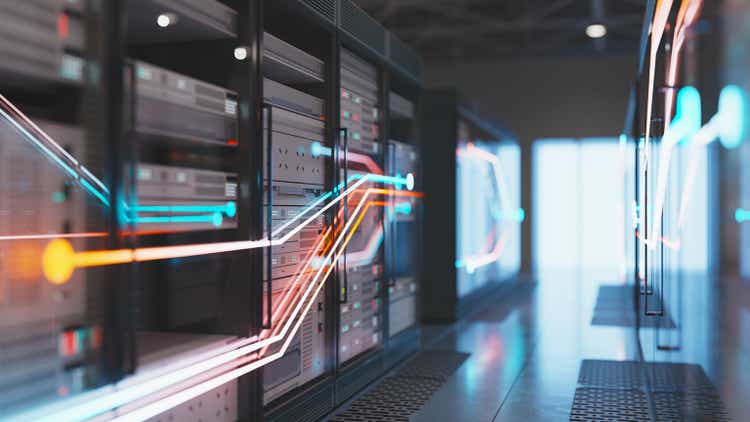 
We are now at a critical mass as we plan the future with combined technology; if we do not identify how separate technologies support or add problems we are just repeating the mistakes of the past. – Ian R. McAndrew

The iShares Cybersecurity and Tech ETF (NYSEARCA:IHAK), with over $500m in AUM focuses on developed and emerging market companies that are at the vanguard of cybersecurity development. Even though this is a global index, close to three-fourths of the holdings are American-based companies. To qualify for consideration the underlying companies should derive at least half their revenue from cyber-hardware or cyber-software.

The Case For Cybersecurity

There’s no doubt that the modern world is becoming technologically complex and interconnected over time, but as things ramp up, it’s worth questioning if we are doing enough to protect our digital assets. This becomes even more pertinent when you consider that since the pandemic, corporations have resorted to a broad front-loading of digital investments, and the associated migrations of not just plain vanilla tech applications, but more pressing business-critical initiatives to the cloud. As this multi-year transition takes place, it leaves enterprise systems prone to deficiencies, as compromises in security become easier to crack. It is now questionable if accelerated tech adoption is being overshadowed by an increase in cybersecurity risks.

Consider something like quantum computing that has the capability of solving problems at an exponential pace. This looks highly likely to gain scale in a few years, and soon you could have pernicious hackers leveraging this tech to crack complex encryption code that protects sensitive data of not just corporations but the government as well.

All in all, if companies continue to be lukewarm about the growing threat of cybercrime, they could pay a heavy price. Just to highlight the potential magnitude of this risk, note that the estimated cost of cybercrime which stood at around $6 trillion last year, could likely snowball by 4x and hit levels of $24 trillion in 7 years’ time!

I believe there is a huge market in store for companies involved in this space. Mckinsey believes that the current vended market for global cybersecurity players stands at $150bn but the total addressable opportunity could well be 10x that figure at around $1.5 trillion-$2 trillion.

Admittedly, in the short-term, as recessionary conditions gather steam, cynics will likely question if tech-related spending will be as resilient as in recent years. Indeed, Gartner believes that IT spending in 2023 will likely only come in at mid-single-digit levels.

While that is quite an underwhelming number, it’s important to not tar all IT sub-segments with the same brush, and given what I’ve covered above, you have to wonder if it makes good sense for companies to curtail security related spend at this juncture; rather, I suspect compromises will be made in other areas. In fact the CrowdStrike CEO recently noted that cybersecurity would be one of those areas where companies would find it hard-pressed to cut given the growing cyber risks over time. In addition to that, a recent survey carried out amongst CIOs highlighted that cybersecurity (alongside risk management) would continue to be one of the top areas of investment next year. In effect, Global X believes that security-related spending could likely grow at double-digit rates until 2026 (higher than the mid-single-digit rates of broad IT spending).

While few could argue with some of the secular tailwinds surrounding the cybersecurity space, some other considerations may make IHAK less than appealing at this juncture.

Firstly, given the earnings potential on offer, IHAK’s valuation angle isn’t the most attractive. According to YCharts, over the next 5-years, this portfolio could likely deliver earnings growth of only 8%, yet the ETF trades at a hefty forward P/E of 25x. Conversely, something like the tech-heavy Nasdaq offers earnings potential of 11%, and yet trades at a lower P/E of 22.2x!

Crucially, as noted in a discussion with Michael Belkin I worry about what adverse risk-sentiment could do for high-beta growth plays in a seasonally dicey month. Given the equity market performance in the first week of December, this month’s path could be similar to what we saw nearly 90 years ago.

Besides after a prolonged period, my proprietary treasury indicator has also finally flipped to risk-off mode. Given that it only augments what the lumber-gold signal has been signaling for a while now, investors would do well to not get overly excited about the tech areas of the market.

Sometimes, you might not realize your biggest portfolio risks until it’s too late.

That’s why it’s important to pay attention to the right market data, analysis, and insights on a daily basis. Being a passive investor puts you at unnecessary risk. When you stay informed on key signals and indicators, you’ll take control of your financial future.

My award-winning market research gives you everything you need to know each day, so you can be ready to act when it matters most.