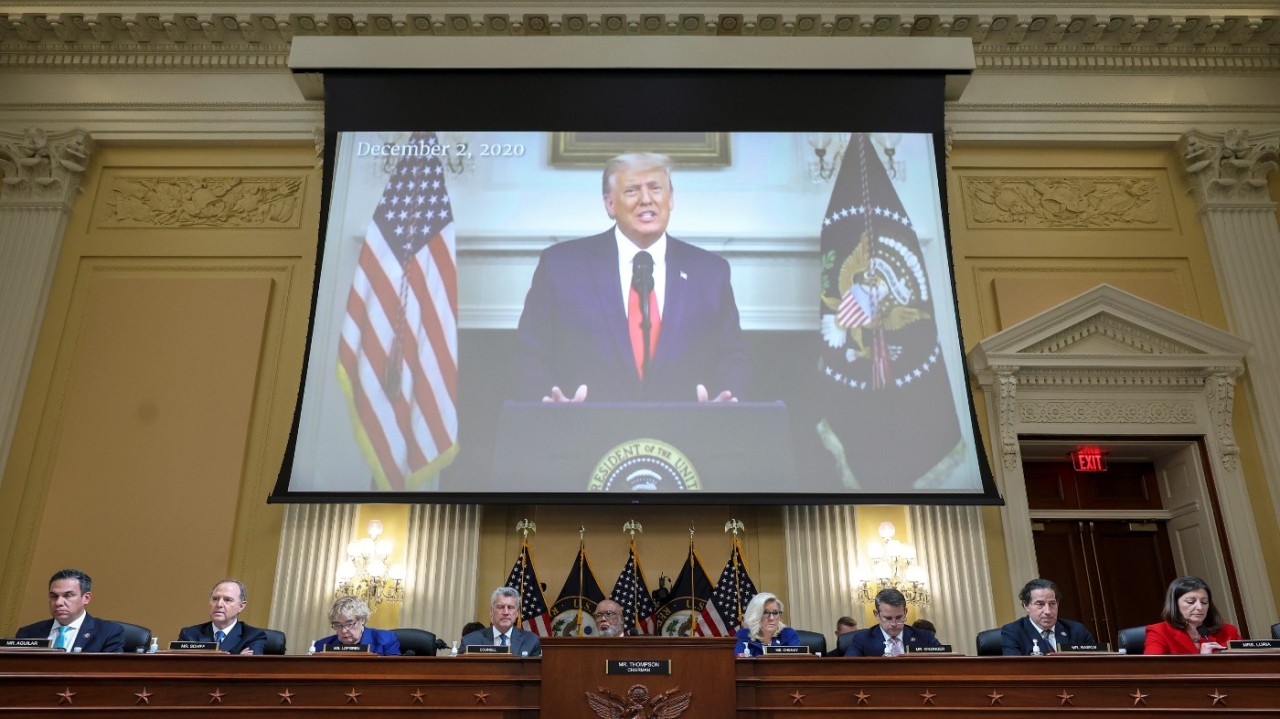 The House select committee investigating the Jan. 6, 2021, insurrection is considering making criminal referrals to the Department of Justice (DOJ) for former President Trump and at least four other individuals, multiple outlets reported Thursday.

The committee has not decided whom to refer to the department for prosecution and for what possible charges, multiple sources told CNN.

Bloomberg also reported that the committee is considering referrals for those five individuals, citing a person familiar with the matter.

The reports come after Chairman Bennie Thompson (D-Miss.) told reporters on Thursday that the committee will release its list of criminal referrals and its final report on the attack on Dec. 21. Rep. Jamie Raskin (D-Md.), a member of the committee, told reporters that the members were still deciding who should be included in the list.

Rep. Adam Schiff (D-Calif.), another member, told CNN that there is “consensus” among the members on the referrals.

The referrals would not be binding, and the DOJ would make the ultimate decision on whether to charge anyone.

Bloomberg reported that Thompson said members will meet virtually during the weekend, and he expects them to decide then. He declined to say whom the committee might recommend charges against, according to Bloomberg.

Meadows turned over more than 2,000 texts he sent and received between Election Day 2020 and Inauguration Day 2021 to the committee after he received a subpoena last year, but he refused to cooperate further and give testimony. The House voted to hold Meadows in contempt last December, but the DOJ ultimately declined to pursue charges against him over the matter.

The text messages reportedly show Meadows discussing with GOP leaders and Trump family members what Trump should do after the election and during and after the insurrection, according to CNN.

Sanders will give 2024 ‘a hard look’ if Biden doesn’t run: adviser

Eastman sat for testimony before the Jan. 6 committee but repeatedly invoked his Fifth Amendment right against self-incrimination. He played a significant role in trying to pressure former Vice President Mike Pence to overturn the results of the 2020 presidential election, the committee revealed at one of its hearings.

Clark was the first witness to plead the Fifth before the committee. He reportedly tried to send a letter to Georgia elections officials to describe fabricated Department of Justice concerns about the results of the election in the state.