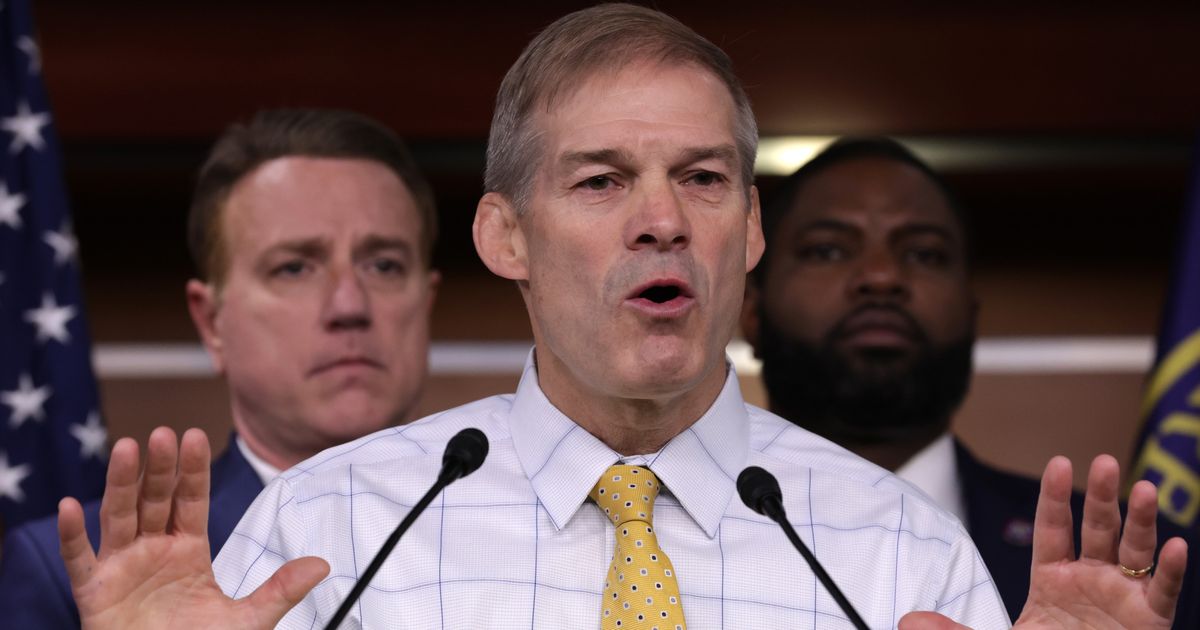 The Twitter account for House Judiciary Committee Republicans, who are led by Jordan, on Oct. 6 tweeted: “Kanye. Elon. Trump.” All three men had been in the news that week ― Ye, in particular, for wearing a “White Lives Matter” shirt at Paris Fashion Week, and Musk for his purchase of Twitter.

In the following weeks, Ye was dropped by most of his business partners, after he posted disturbing antisemitic screeds online. Yet the House Judiciary GOP’s tweet stayed up.

The tweet was finally removed last week after the rapper openly and repeatedly defended Hitler and Nazis on Alex Jones’ Infowars show. A spokesperson for the committee told Insider at the time it was deleted because of West’s “repulsive comments.”

But on Thursday, when Rep. Eric Swalwell (D-Calif.) asked Jordan during a hearing before the House Judiciary Committee, “Do you denounce your tweet praising Kanye West?” Jordan skipped the opportunity to do so.

Swalwell also offered Jordan the opportunity to denounce former President Donald Trump’s call over the weekend to “terminate” parts of the Constitution over his lie that the 2020 election was stolen.

Jordan didn’t take that one, either.

“President Trump has clarified his comments regarding the Constitution,” he said. “He put up another post … and everyone knows President Trump ― there’s no way this guy’s antisemitic.”

Trump ― who recently hosted a dinner at Mar-a-Lago with Ye and Nick Fuentes, a white supremacist organizer who has denied the Holocaust ― claimed on Monday he never said what he said about the Constitution following backlash from Republican allies in Congress.