New KHAM? Hints of a social churn in Gujarat polls 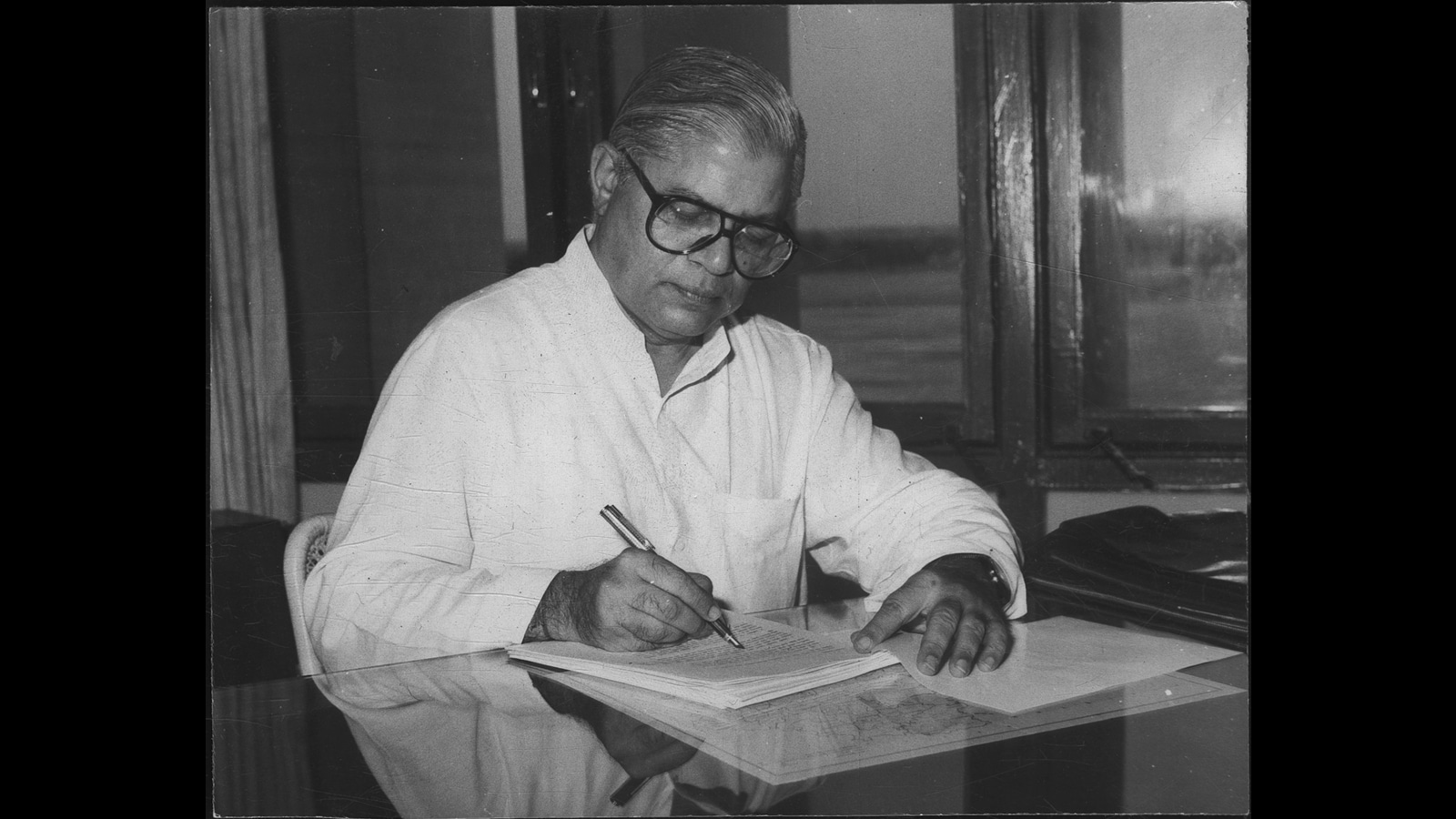 Alandslide electoral victory is one in which Opposition parties are buried under the sweeping conquest of the winning party, the same way a geological landslide buries everything around it. After winning 156 seats with a 52.5% share of the vote in the Gujarat elections, Bharatiya Janata Party (BJP) politicians can credibly claim such a landslide, which broke the record of the Congress from 1985. Then, under the leadership of chief minister (CM) Madhavsinh Solanki, the Congress won 149 seats and a 55.5% share of the vote in the polls held against the backdrop of the assassination of Prime Minister (PM) Indira Gandhi. It was always seen as a chink in the propaganda armour of the BJP that even Narendra Modi as CM could muster only a peak tally of 127 seats and 49.8% vote share in the 2002 elections, held months after polarising communal riots. Early in the 2022 campaign, it was clear that the BJP was focused on surpassing this target of 149 seats, underlined by PM Modi, who urged voters in his rallies that they should vote so decisively that “Bhupendra” (CM Bhupendra Patel) breaks the record of “Narendra”.

Separated by 37 years, the elections of 1985 and 2022 have become a landmark for understanding the changing dynamics and fateful shifts in Gujarat politics across three turbulent decades. These two landslides look similar in number, but their causes and consequences are qualitatively different.

The BJP was in the same position in Gujarat politics in 1985 that the Aam Aadmi Party (AAP) is today. Founded in 1980, the BJP contested its first state election in 1985 as a third force behind the Congress and the Janata Party. It contested 124 seats out of 182 and won 11, with a vote share of 15%. The Janata Party got 19% votes and 14 seats. Only the stalwarts within the BJP — such as Keshubhai Patel, Suresh Mehta, Vajubhai Vala and Ashok Bhatt — could stand their ground against the Congress hurricane. That the BJP rose from its debut performance of 11 seats to 156, and the Congress finds itself reduced to 17 seats from 149 during the same period, tells a lot about how ideological dynamics, voter preferences and party support base changed, mainly due to the BJP’s aggressive alternative political mobilisation and Modi’s towering leadership.

The landslide of 1985 was principally an outcome of two factors — first, the sympathy wave created by Indira Gandhi’s assassination and second, the forging of a formidable Kshatriya, Harijan, Adivasi, Muslim (KHAM) social coalition by Solanki, who belonged to an Other Backward Class (OBC) Kshatriya community from the central Gujarat region. The letter “K” in KHAM stood for not just the Kshatriyas among OBCs but also referred to about 146 castes, which fall under the socially and educationally backward castes. This included the powerful Kolis, Thakores and Chaudharis, who are electorally the most influential among the OBCs in Gujarat. Adivasis account for 15%, Dalits, 7%, Muslims, 9.5% and OBCs about 35% of Gujarat’s society. This social coalition was overwhelming as it covered nearly two-thirds of the state’s population.

The BJP realised that it needed to consolidate the sentiment of cultural nationalism and Hindu consciousness among Gujaratis if the hegemony of the Congress was to be weakened. It got the first chance when Solanki’s announcement of 27% reservation for OBCs was countered by a violent anti-reservation agitation by upper castes in 1985, and the communal riots that immediately accompanied this anti-reservation agitation. As a result, Solanki was forced to resign as CM less than six months after winning the landslide in the 1985 elections.

With him weakened, the caste-based model of social mobilisation fashioned by the Congress collapsed under the weight of another model of social engineering based on Hindutva that the BJP and the Rashtriya Swayamsevak Sangh assiduously conceived and implemented in Gujarat, after the Ram Janmabhoomi Rath Yatra started by Lal Krishna Advani from the holy shrine of Somnath in Saurashtra in 1990. Using the charisma and mass appeal of Modi, it managed to coalesce various communities under a rainbow Hindu umbrella.

But the resounding victory of the BJP in 2022 indicates that we may be entering a new phase of social engineering. The inroads made by the BJP in sub-regions of Gujarat dominated by erstwhile constituents of the KHAM grouping is clear affirmation that Gujarat politics has now moved far beyond the conventional caste- and faith-based calculus. How else can one explain the fact of the BJP winning 23 out of 27 seats reserved for Scheduled Tribes, 11 seats out of 13 seats reserved for Scheduled Castes and 48 out of 54 seats where OBC voters are a decisive factor?

Most interestingly, the BJP’s candidates scored comfortable victories in seats such as Dariapur, Vankaner and Surat (East), where the support of the Muslim population is decisive. With Hindu consolidation in the background, is this the coming together of a new KHAM, given that K (OBC groups such as Thakors and Kolis), H (Dalits) and A (Adivasis) have firmly backed the BJP, and the party has found a way to win in many seats once dominated by M (Muslims)?

The message from the Vidhan Sabha election is clear — that Hindutva and the perception of a robust nationalist leadership are upending the old social calculus and forging new coalitions. How this will impact national politics — for,s unlike Solanki, Modi has a dominating national footprint too — is yet to be seen.

Amit Dholakia is professor and head, department of political science, The Maharaja Sayajirao University of Baroda The views expressed are personal

FBI in crisis, M&Ms not so sweet, and more from Fox News Opinion

4 outrages we aren’t allowed to talk about