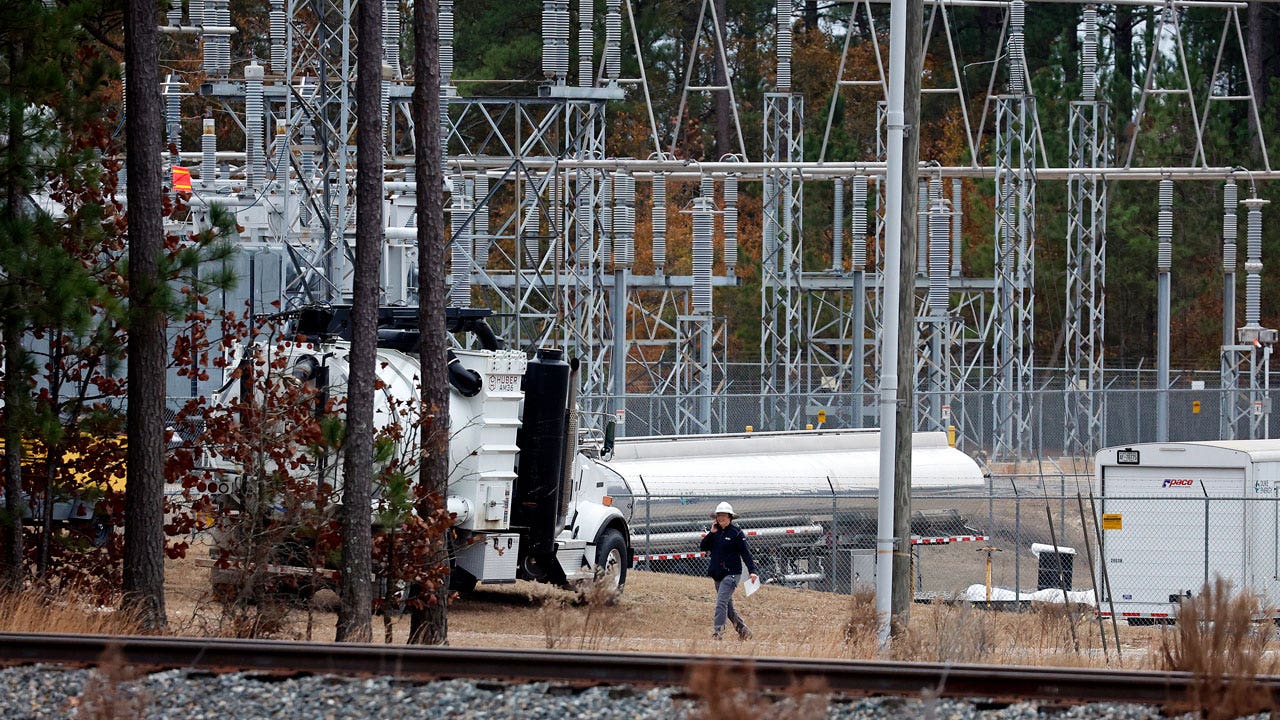 
Police in North Carolina say they are seeking approval for search warrants, while the FBI is pursuing cell phone records, in the hunt for the person or persons responsible for opening fire at two electrical substations in Moore County over the weekend, knocking out power to 45,000.

Richard Maness, chief deputy of the Moore County Sheriff’s Office, told The News & Observer that detectives have requested court approval for several warrants, but declined to provide specifics or say whether they have been approved. Police have not yet identified any suspects.

“We’re looking at everybody from all walks of life who had the expertise and the knowledge of the electrical grid and what could disable it,” Maness said.

He added that detectives have “collected multiple shell casings” on Duke Energy property as part of the investigation.

Equipment at the West End Substation, at 6910 NC Hwy 211 in West End, North Carolina, on Dec. 5, where an attack on critical infrastructure caused a power outage to many around Southern Pines.
(AP Photo/Karl B DeBlaker)

The FBI is also seeking cell phone records that could indicate who was near the substations Saturday night, agency spokeswoman Shelley Lynch told The Associated Press.

The outages began after one or more people drove up to two substations, breached the gates and opened fire on them, authorities have said.

A view of the substation while work was being done on Dec. 5 after tens of thousands were without power in Moore County, North Carolina.
(Peter Zay/Anadolu Agency via Getty Images)

The damage cut power to 45,000 customers as well as schools and a hospital. By Wednesday, Duke Energy said on its website that all equipment damaged in the attack had been fixed or replaced and that customers had gradually gotten power back as it finished testing and restoration.

Residents at Reds Food Truck Corner in Southern Pines, North Carolina, having lunch while the power is out in the area on Monday, Dec. 5.
(AP Photo/Karl B DeBlaker)

The state, the county and Duke Energy are offering combined rewards of up to $75,000 total for information leading to an arrest and conviction in the attack.

Fox News Digital has reached out to the Moore County Sheriff’s Office for further comment.

Greg Norman is a reporter at Fox News Digital.