Pakistan vs England, 2nd Test: Will never forget this day, says Abrar Ahmed after 7-wicket haul on debut in Multan 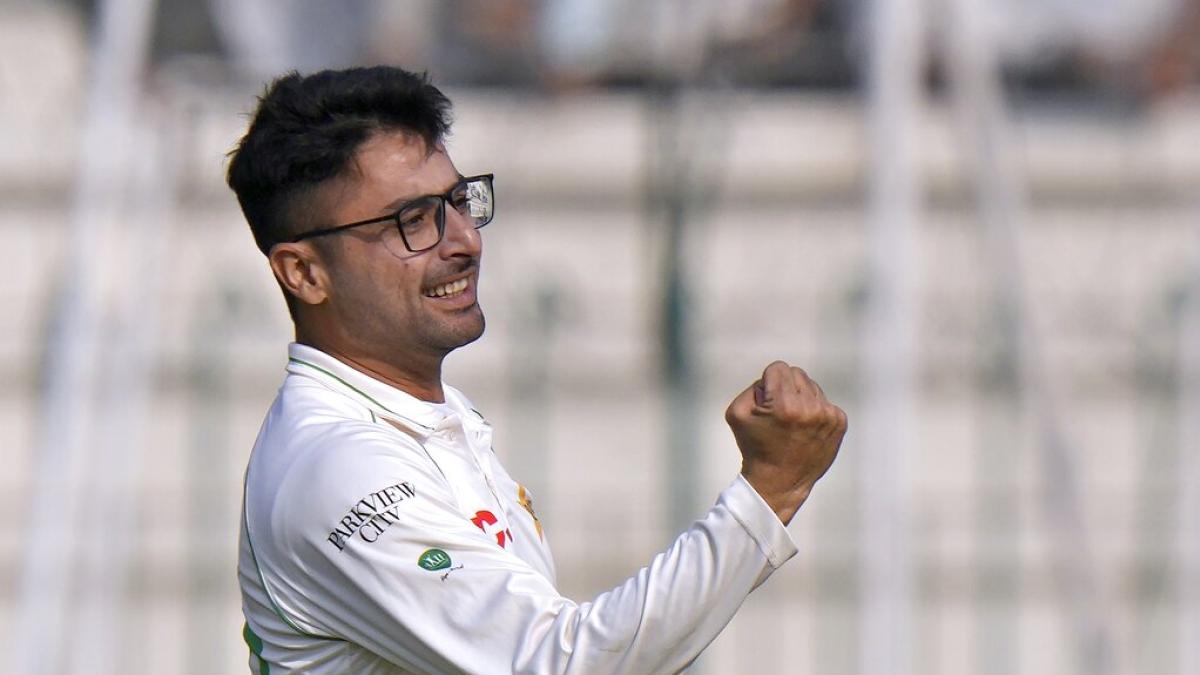 
Pakistan vs England, 2nd Test: Abrar Ahmed said he is focused on winning the Test after having made a dream start to his career. The 24-year-old picked up 7 wickets on debut in Multan on Friday.

By India Today Web Desk: Pakistan mystery spinner Abrar Ahmed could not have asked for a better first outing in whites as the 24-year-old ran through the England batting unit on Day 1 of the 2nd Test between the two sides in Multan on Friday, December 9.

Abrar Ahmed wrote his name in history books with a 7-wicket haul after having picked up as many as 5 wickets in the first session.

It was a lovely battle between England’s aggression and Abrar’s mystery as the visitors did not get bogged down even on a Multan pitch that was assisting spinners from the word go. Abrar was brought into the attack as early the ninth over.

Ahmed became only the second bowler in Test history to pick up five wickets before lunch in his debut test and England reached 180-5. Left-arm spinner Alf Valentine of the West Indies was the other bowler to do so when he debuted against England at Manchester in 1950.

Ahmed’s 7 victims on Test debut include Joe Root and Ben Stokes who were left stunned by the deception from the mystery spinner. The 24-year-old bespectacled spinner had an opportunity to script history by taking 10 wickets but leg-spinner Zahid Mahmood picked up the last 3 wickets to deny Ahmed.

“I will not forget this day,” Abrar told Sky Sports. “I want to win this match for Pakistan and also do well in the coming matches.”

“I bowled cross-seam to start to see what was required. Variations were the key on this pitch.”

WE WILL NOT BLOCK

England still managed to post 281 on the board in just 51.4 oves after half-centuries from Ollie Pope and and Ben Duckett.

Duckett gave credit to Abrar for the stunning spell but said England will work on plans to negate the threat in the second innings.

Having scored at nearly 6 runs per over after the run-fest in Rawalpindi, Duckett said they won’t take the defensive route.

“There was no real mystery to it but he bowled beautifully today,” the opener said. “I’m sure we’ll have our plans second innings but I’m pretty sure it won’t be blocking it.”

Pakistan finished Day 1 at 107 for 2 at Stumps after Babar Azam’s brisk fifty.