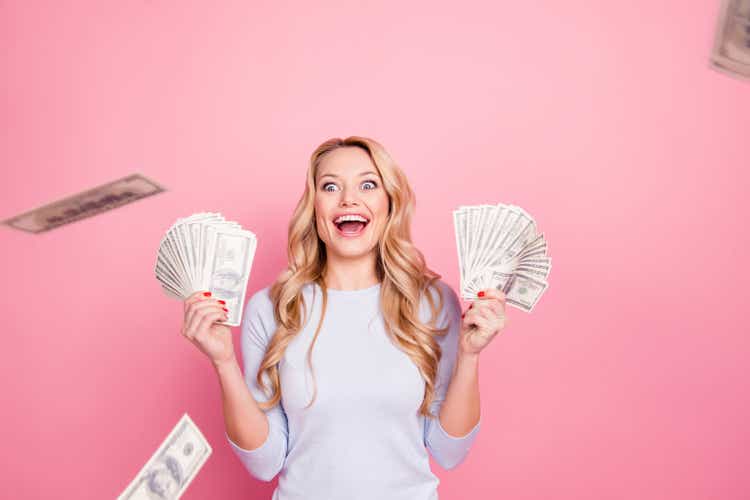 
Viant Technology Inc. (NASDAQ:DSP), which offers software for advertising and digital marketing, holds a considerable amount of cash and free cash flow. If the company offers even more automation, and effectiveness of Adelphic Software increases, in my view, we could see equity demand. In my opinion, any simple discounted cash flow model would indicate that Viant Technology is not correctly valued by the market. In my opinion, the stock price appears undervalued.

With more than 20 years of experience in the field of software for advertising and digital marketing, Viant’s platform allows the marketing areas of client companies to access a large amount of data and statistics. Clients also learn about the inventory and the results of each advertising campaign, allowing them to properly segment each of the campaigns besides achieving their sales targets.

Some of the numbers that may demonstrate the success of Viant’s platform include 300 million users, both desktop and mobile, 115 million televisions in the United States, 200 million users of audio systems, and approximately 158,000 advertising screens throughout the country.

Viant Technology’s recent growth is, in my view, quite impressive. In the last quarterly report, Viant reported that active clients grew at a double digit as compared to that in Q3 2021. Considering the client count increase in 2021 and 2022, if nothing changes, I would expect revenue growth in the coming quarters.

Among the statistics given in Q3 2022, in my opinion, it is worth mentioning that there is strong growth in spend across multiple channels. The most impressive happened in streaming audio, which grew 51% y/y, and mobile and desktop, which reported 25% y/y.

The headcount growth increased significantly very recently, which I believe is quite beneficial. It says a lot about the good performance of the company’s business model and management. Feedback given by employees appears quite beneficial.

Viant is receptive to employee feedback and understands that culture is strength. We have training and knowledge sharing exposing people to different parts of the business. There’s a community and a support group for everyone. Source: 100 Best Places To Work In Los Angeles 2021 | Built In Los Angeles

As of September 30, 2022, Viant reports cash and cash equivalents of $199.665 million, which appears a significant amount of cash. Let’s keep in mind that we are talking about a market capitalization of less than $399 million. The balance sheet seems to indicate that Viant appears quite undervalued.

Also, with accounts receivable worth $93.609 million, property stands at $22.681 million with operating lease assets worth $22.816 million. Finally, with goodwill worth $12.422 million, the total assets stand at $358 million. The asset/liability ratio is equal to more than 3x, so I would say that Viant appears quite solvent.

Viant does not seem to report debt, which makes the company even more undervalued. With accounts payable worth $29.897 million and accrued liabilities of $28.202 million, total current liabilities are equal to $70.635 million. Finally, total liabilities stand at $92.602 million.

I believe that it is worth noting that the CFO increased from $13 million in 2019 to $28 million in 2021. The CFO numbers were reported with a D&A close to constant and almost constant changes in accounts receivables.

In my view, Viant knows well that the company is undervalued. The company reported an EV/Revenue close to 0.5x, which appears quite low considering the company’s sales growth.

Viant reported fully diluted 66 million shares including class A and class B shares. I dislike the fact that there are two types of shares. With that, I don’t believe that the company trades at its current low valuation because of Viant’s equity structure.

Further Effectiveness Of Adelphic Software And More Automation Could Bring The Fair Price To $5.4 Per Share

Viant’s business model is mainly supported by its Adelphic software, which has a self-service operation for interested clients, which allows the centralization and detailed planning of their advertising on different television channels and on-demand streaming platforms. Under this scenario, I assumed further effectiveness and ease offered by the purchase of Adelphic software. As a result, Viant may rapidly gain space over traditional advertisements since they commonly imply higher costs and complications for its clients.

I also expect that further automation offered by Viant, in addition to further access to user databases, will likely position Viant as one of the leaders in the market. As a result, I would expect further sales growth and perhaps an increase in the company’s EBITDA margins. Let’s keep in mind that automatization may bring economies of scale.

Under this case, I included 2032 net sales of $490 million, sales growth of 9%, 2032 EBITDA of $18.63 million, and an EBITDA margin of 3.80%. Note that according to market experts, the Programmatic Advertising Market is expected to grow at a CAGR of 13.7%. I believe that I am quite conservative about the company’s future revenue growth.

According to a comprehensive research report by Market Research Future “Programmatic Advertising Market by Device, End Users, Ad Formats, and Region- Forecast 2030”, the market to flourish substantially during the assessment era from 2020 to 2030 at a healthy CAGR of approximately 13.7% to attain a valuation of around USD 137.1 Billion by the end of 2030. Source: Programmatic Advertising Market Projected to Reach USD

A Decrease In Clients, New Data Regulations, Or Less Efficiency Could Imply A Valuation Of $3.65 Per Share

Viant’s success depends directly on adding new clients to its portfolio as well as the education and development of communication plans to facilitate access to the operation of its software. Viant’s success is also conditioned by the decisions in its investment area as well as the development of the digital advertising market in the United States, which, although it has been in active growth for more than 9 years, is likewise subject to variations in the flow of capital and technologies that may negatively affect it. In any way, a decrease in clients could occur, which may drive Viant’s revenue growth down.

Another risk to which Viant’s business is exposed relates to the regulations that the government legalizes in relation to the operation of digital advertising, data access, or the use of third-party cookies. Regulatory pressure may increase operations costs, which may drive Viant’s free cash flow down.

Viant also disclosed in a recent annual report that the business has exposure to the falsification of its software utilities as well as the theft of information about the operation of the platform. These risks, together with less efficiency in attracting new customers, and the possible addition of new security and regulatory standards on the use of data may also harm Viant’s revenue line.

If we use an EV/EBITDA multiple of 10x, and use a discount of 10%, the enterprise value would stand at $44 million. The equity valuation would stand at $243 million, and the fair price would be $3.65 per share.

Viant is undervalued considering its total amount of cash on hand. The future free cash flow growth would justify, in my view, a valuation of close to $5.4 per share. In my opinion, further automatization and effectiveness of Adelphic Software may bring new clients and help the company receive equity demand. Even taking into account risks from new data regulations and detrimental investment decisions, Viant’s stock price appears too low.