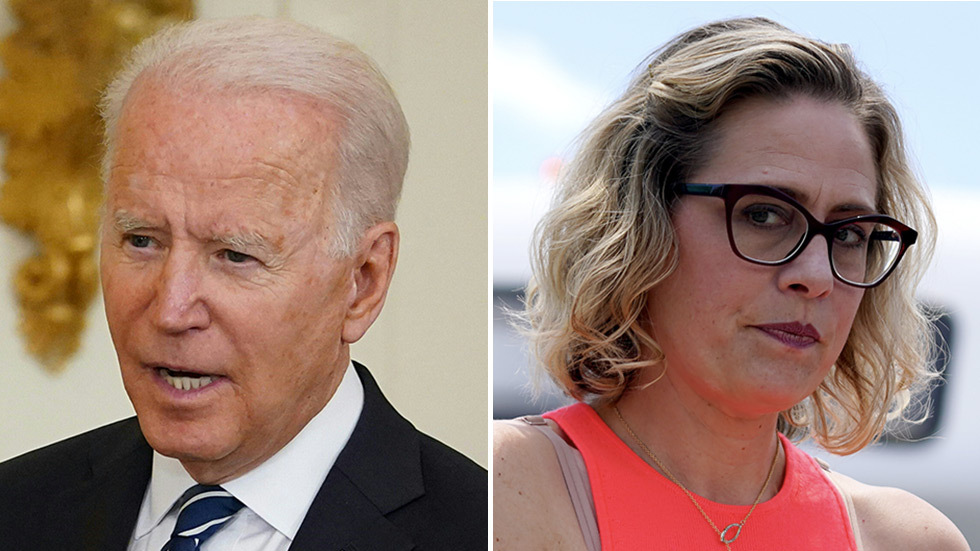 The White House on Friday downplayed the ramifications of Sen. Kyrsten Sinema (Ariz.) announcing that she will leave the Democratic Party and officially register as an independent days after Democrats had secured a 51-49 majority in the Senate.

“We understand that her decision to register as an independent in Arizona does not change the new Democratic majority control of the Senate, and we have every reason to expect that we will continue to work successfully with her,” press secretary Karine Jean-Pierre said in a statement.

Jean-Pierre praised Sinema as a “key partner on some of the historic legislation President Biden has championed over the last 20 months,” including two major reconciliation bills that included Biden’s economic priorities, as well as bipartisan legislation on gun laws, semiconductor manufacturing and protections for gay marriage.

Biden visited Arizona last week and recognized Sinema as an advocate for the state in his remarks touting a new investment in semiconductor production. Sinema reportedly did not join Biden on Air Force One for the trip, however.

Sinema’s bombshell announcement came early Friday morning. The Arizona senator, one of the most moderate in the chamber, said she had registered as an independent.

“I’ve never fit neatly into any party box. I’ve never really tried. I don’t want to,” she told CNN’s Jake Tapper. “Removing myself from the partisan structure — not only is it true to who I am and how I operate, I also think it’ll provide a place of belonging for many folks across the state and the country, who also are tired of the partisanship.”

Sinema declined to say that she will caucus with Democrats, like independent Sens. Bernie Sanders (Vt.) and Angus King (Maine) currently do, but the Arizona senator said she plans to continue in her committee assignments.

Sinema’s announcement came two days after Sen. Raphael Warnock (D-Ga.) won re-election in a runoff, securing a 51-49 majority for Democrats in the Senate. The victory had given the White House and the party a boost, as it provided extra breathing room that they would theoretically no longer be reliant on any one senator for passing legislation. It also will give Democrats an easier time confirming Biden nominees, something Sinema and the White House indicated will not be at risk due to her party change.

The greater impact will likely be on Sinema’s prospects for reelection in 2024, where Democrats were weighing a primary challenge.