2U Stock: This Business Will Not Stand The Test Of Time (NASDAQ:TWOU) 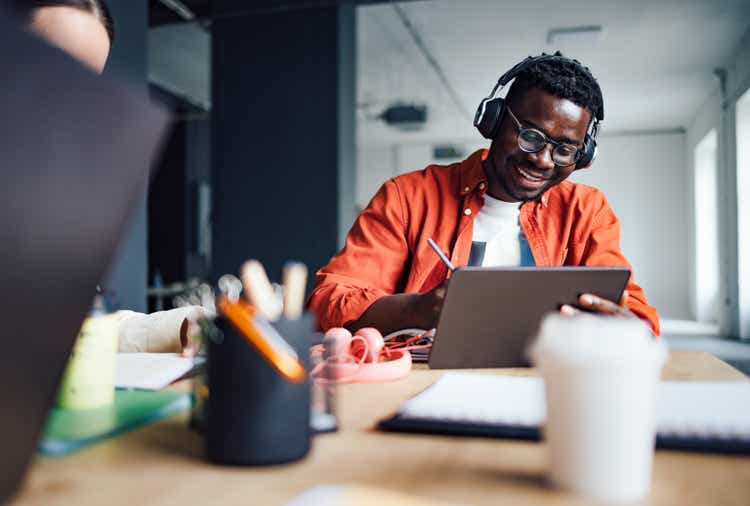 
I continue to hold the opinion that difficult macroeconomic times flush out the bad businesses and separate them from the good. In a bull market, a rising tide lifts all boats: but in today’s environment, investors must be especially careful to avoid stocks that have poor prospects and fundamentals.

2U (NASDAQ:TWOU) is a company I have long been wary of. The online for-profit education company has the benefit of strong partnerships with name-brand universities, but this has not helped 2U to boost its enrollments. Full-course enrollees are flat to down since the COVID era – in spite of the fact that recessions are typically thought to provide a positive lift to educational enrollments, and also in spite of 2U’s acquisition of edX.

Year to date, shares of 2U are down nearly 70%. Though it may be tempting to try to catch a falling knife, in my view 2U’s prospects have little hope of brightening:

I remain very bearish on 2U. This is a company that has continued to struggle in redefining itself and getting around a tarnished brand image (2U has been criticized widely for offering expensive degree programs that leave graduates with crippling debt and little guarantees for well-paying jobs).

Financial struggles also abound. Though the company has committed to deep cost cuts in response to the current macro climate, it’s difficult to support a business through expense reduction alone when the company’s top line is also stagnant. Add on top of this a substantial debt pile, and 2U continues to look like a recipe for disaster.

Recall as well that 2U’s business is not exactly a replicable and scalable one. Its contract with most of its university partners requires 2U to foot the bill for designing course content as well as marketing to acquire students. Unlike software companies that design one product that is usable for all its customers, 2U spends significantly on development costs each time it partners with a new university or adds a new course.

Steer clear here: with 2U’s trends continuing to take a turn for the worse, there is little hope for a rebound here.

Let’s now go through some of the key metrics that 2U reported in its recent Q3 earnings release. We’ll look first at enrollment trends:

2U shed 3.5k enrollees quarter-over-quarter, while on a y/y basis full course equivalent enrollments (FCEs) were roughly flat at 3% y/y. Again, we’ll emphasize here that macro downturns and widespread layoffs have previously been thought to produce a desire to go back to school and earn advanced degrees: we have not seen evidence of such behavior here with 2U’s full-degree program, though management believes that the economic downturn has produced a lift in bootcamp-style courses. Per CEO Chip Paucek’s remarks on the Q3 earnings call:

In general, as the job market starts to get worse, not to root for layoffs for the world, but the reality is that is definitively good for the degree business. Higher Ed has a long history of that. We do think as the economy gets tougher, we’re probably exiting one of the hardest demand environments for really in the history of the degree space overall. And we think we’re probably likely heading into rougher waters for the world, but clearer waters for the degree business, if that makes sense.

So now the flip side of that is, we’re definitely seeing on the front end, the Boot Camp side, in particular is really cooking. And that actually does think historically where job focused programs do typically get the boost first. As you mentioned, we do think this flex model is meaningful, launching many of those programs while they won’t be as large, we do think that they will be profitable, nicely profitable. And we also think that they don’t have the kind of J curve associated with the cash burn because the course build is on the university side and the paid marketing is different.”

2U’s underlying mix of enrollments has taken a turn for the worse. As seen in the slide below, enrollments in 2U’s full degree programs fell -1% y/y, bolstered only by 15% y/y growth in the smaller short-form alternative credential program. The heavier mix of short-form courses also dragged the company’s average revenue per FCE down -5% y/y to $2,821. Taking all these factors together, revenue of $232.2 million was flat year over year.

We will warn investors, however, that while the full degree program segment is profitable on an adjusted EBITDA basis, the alternative credential segment is not; hence we view this as an unfavorable remix:

And though 2U touts its expense reduction, note that all of the cost actions have happened in sales and marketing, which fell to 37% of revenue in Q3 (vs. 48% in the year-ago quarter). All of 2U’s “non-productive” overhead like G&A costs, however, remained flat as a percentage of revenue.

Recall that 2U bears the responsibility for marketing its degree programs. Reduced marketing to attract new students will have a direct impact on the success of new courses, and will make it difficult for 2U to return to growth.

Continued enrollment declines in the higher revenue-generating full degree program could very well offset the marketing spend savings and put 2U in a cash flow jam.

With 2U struggling to grow enrollments plus reducing its marketing investments to preserve its bottom line, it’s unclear how the company plans to get back on track. With a sizable debt pile to tack onto the list of worries, investors are better off betting elsewhere.