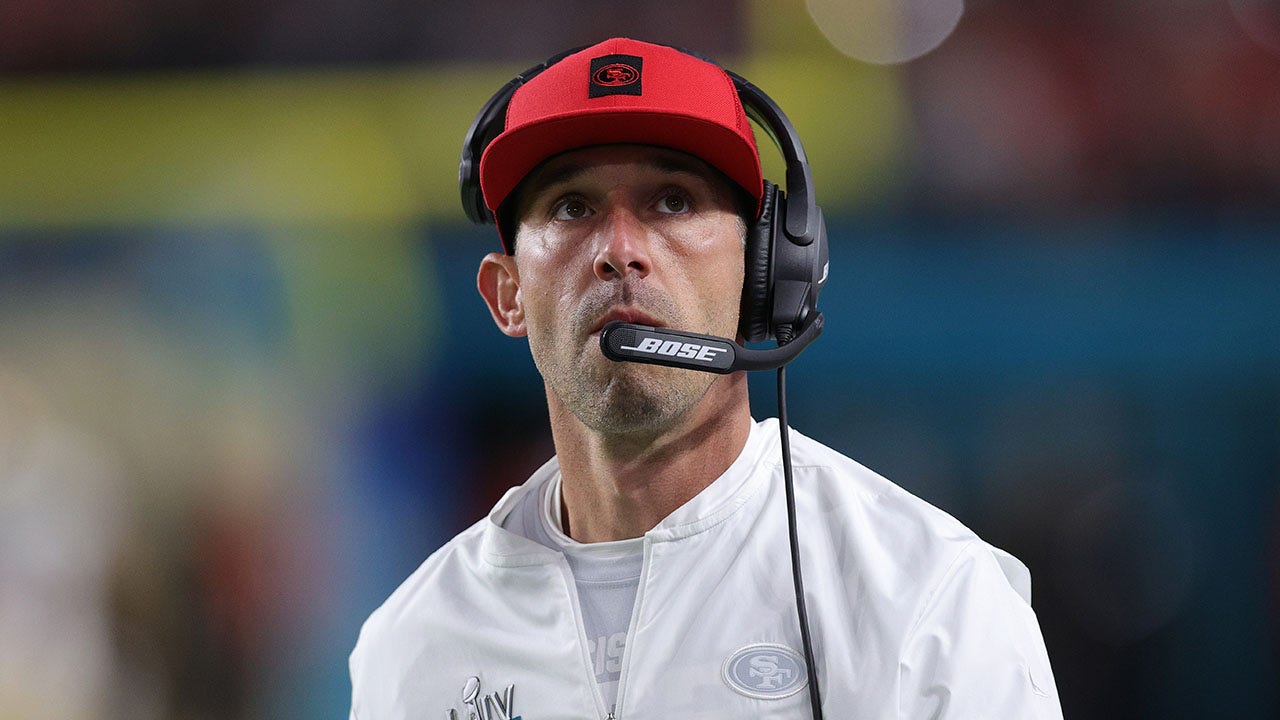 Tom Brady is set to travel to his home state of California over the weekend to play the 49ers, a team he is believed to have wanted to play for in the past.

Instead, Brady and the Bucs will play in Santa Clara against the 49ers. Earlier this week, Kyle Shanahan was asked whether he was surprised by how the 45-year-old quarterback continues to play at a high level.

Shanahan squashed any notion that Brady has declined over the past few years and hinted that the quarterback is playing like a player in his prime.

“The dude looks the exact same, he did that year [in 2020]. He does when he comes off injuries, and I think he’s playing as good now and throwing the ball as well now as I’ve seen anybody ever do it.”

Brady departed from New England and signed with the Buccaneers prior to the start of the 2020 NFL season. In his first season with Tampa, he led his new team to a Super Bowl title — the seventh of his storied career.

Shanahan, who passed on signing Brady in 2020, was not shy about showering Brady with even more praise.

“He plays the position better than anyone ever, and he’s definitely the GOAT from what I’ve seen, but I don’t say that just because he has won Super Bowls,” Shanahan said. “I say it because of how he plays the position. The ball always goes to the right spot, and that answer is based off of a thousand different things that could be matchups, it could be the coverage that could be based off of down and distance, the time in the game, how the defense is playing.”

TAMPA, FLORIDA – DECEMBER 5: Tom Brady, #12 of the Tampa Bay Buccaneers, throws a pass against the New Orleans Saints during the third quarter in the game at Raymond James Stadium on December 5, 2022, in Tampa, Florida.
(Photo by Mike Carlson/Getty Images)

The 49ers have acknowledged that they evaluated Brady in 2020. Brady is set to be a free agent at the end of this season.

The 49ers will be faced with bringing back veteran Jimmy Garoppolo, who suffered a foot injury in Week 13 against the Dolphins, or turning over the reins to Trey Lance, whom they selected in the first-round of last year’s draft. The team will now turn to seventh-round draft pick Brock Purdy at least through the start of the playoffs.

The Buccaneers are (6-6) and looking to stay in first place in the NFC South as they make a playoff push. The 49ers (8-4) are currently in the third spot in the NFC.

Chantz Martin is a sports writer for Fox News Digital.