Air Products and Chemicals Is Up Big, What To Do Now (NYSE:APD) 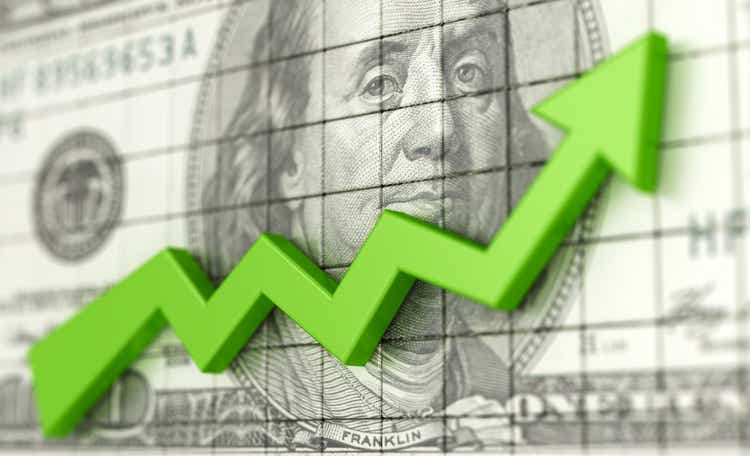 
As an investor, it’s always nice to be validated by the market, after a stock that you picked go up substantially in value, especially over a short period of time. While buy and hold investor types may want to hold onto a stock through both good times and bad, income investors may seek out better yielding opportunities elsewhere to take advantage of market dislocation elsewhere. In other words, nobody ever went to the poorhouse by taking a few chips off the table.

This brings me to Air Products and Chemicals (NYSE:APD), which has been one of my best performing picks over the past 2+ months, returning 37% since the end of September, and far surpassing the 9% return of the S&P 500 (SPY) over the same timeframe. This article highlights what investors can do now after such an impressive run in a short timeframe.

APD Is Up Big, What To Do Now

Air Products and Chemicals is a leading global industrial gases company that’s been around for 80+ years, and is a Dividend Aristocrat that has grown its dividend annually for 40 consecutive years. Its essential industrial gases have applications in dozens of industries, including electronics, chemicals, manufacturing, refining, metals, and food and beverage. It operates in over 50 countries, and over the trailing 12 months, generated $12.7 billion in total revenue.

APD has continued to impress, with 15% YoY adjusted EPS growth in its fiscal fourth quarter (ended in September), with the announcement of an 8% increase to the quarterly dividend to $1.62 per share. This is impressive, especially considering a challenging macroeconomic backdrop, especially in Europe with commodity price inflation.

These results were driven by both higher prices and volumes, as well as equity affiliates’ income from the Jazan project, a megaproject that serves Aramco’s Jazan Refinery, processing 400K barrels of crude oil into refined products.

Also encouraging, APD is greatly increasing its hydrogen capacity with the recent announcement of a 50/50 joint venture with AES Corporation (AES) to build a “mega-scale” project that includes 1.4 GW of wind and solar power generation. It also includes an electrolyzer with the capacity to produce more than 200 million metric tons per day of green hydrogen, making it the biggest green hydrogen plant in the U.S.

Under the terms of the agreement, APD will be the exclusive offtaker and marketer of green hydrogen under a 30-year agreement. Morningstar highlighted the long-term potential of this project as well as APD’s emergence as a green energy leader in its recent analyst report:

We reiterate our positive moat trend and Exemplary capital allocation ratings. We believe that Air Products has emerged as a leader in low- and zero-carbon hydrogen, with multiple large-scale blue and green hydrogen projects expected to become operational within the next five years. We expect these new projects to drive strong earnings growth for Air Products, as we forecast the industrial gas firm’s adjusted EPS to roughly double by fiscal 2027.

Meanwhile, APD maintains a very strong A rated balance sheet and maintains a well-covered dividend with a 61% payout ratio. As shown below, APD gets “A” scores for dividend safety, growth, and consistency.

However, my only complaint around the stock is its valuation. At the current price of $314, it trades at a forward PE of 28, sitting well above its normal PE of 23.3 over the past decade. Moreover, analysts estimate 10 to 14% annual EPS growth over the next 2 years, which may not be enough to justify the current valuation.

While current shareholders may be perfectly content to hold onto the stock for the long run, income focused investors may do well to trade in APD’s 2% dividend yield for stocks in the midstream sector that currently yield 6 to 9%. For example, Kinder Morgan (KMI), which transports natural gas, currently trades just under the midpoint of its 52-week trading range and yields 6.4%.

Alternatively, Magellan Midstream Partners (MMP) (issues schedule K-1) has a moat-worthy collection of oil and refined products transportation and storage assets. MMP has recently fallen from the $53 to $48.49, and also trades just below the midpoint of its 52-week range, and currently yields 8.6%.

Air Products and Chemicals is a great long-term investment for those looking to benefit from the rising demand for hydrogen, green energy, and industrial gases. However, the stock’s current premium valuation is too rich given expected EPS growth over the next 2 years. As such, income-focused investors may want to consider trading in APD’s 2% dividend for higher yielding stocks in the midstream space that currently offer much higher yields.