Bangladesh vs India: Virat Kohli goes past Ponting to become No.2 in list for most international hundreds 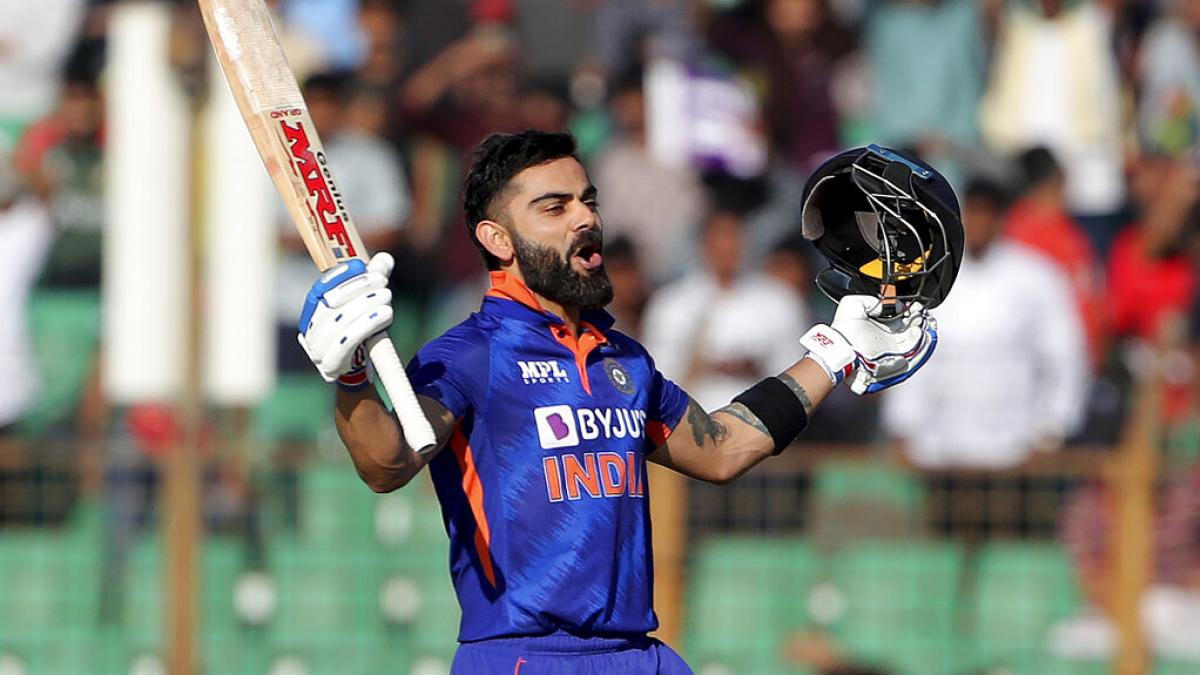 
Bangladesh vs India, 3rd ODI: Virat Kohli scored his 44th ODI hundred off 85 balls in the last match of the series at Zahur Ahmed Chowdhury Stadium in Chattogram.

Kohli goes past Ponting to become No.2 in list for most international hundreds. Courtesy: AP

By Sabyasachi Chowdhury: Virat Kohli, on Saturday, December 10, became the second-highest century maker in international cricket. The right-handed batter achieved the milestone in India’s third and final ODI against Bangladesh at the Zahur Ahmed Chowdhury Stadium in Chattogram.

On Saturday, Kohli came to bat after India lost the early wicket of Shikhar Dhawan with 15 runs on the board. Mehidy Hasan Miraz, who won the Player of the Match awards in the first and second ODIs, got rid of Dhawan early to give Bangladesh an early breakthrough.

Kohli was circumspect about starting his knock, but upped the ante to get to his half-century off 54 balls. Thereafter, he further stepped on the gas to get to his hundred off 85 balls.

It also happened to be his 44th ODI hundred and his first in more than three years. Kohli ended up scoring 113 runs off 91 balls with the help of 11 fours and two sixes. Taskin Ahmed, who replaced Nasum Ahmed, got rid of the big fish in the 42nd over of the Indian innings.