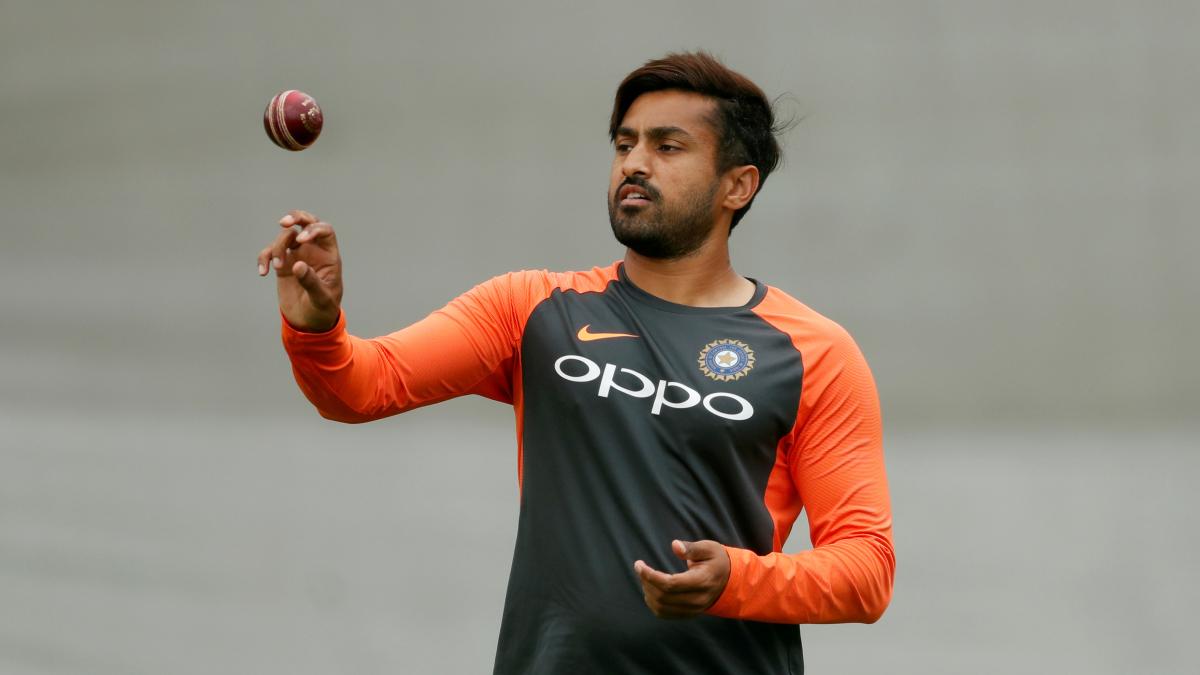 
Karun Nair hasn’t got a lot of chances to play for India despite scoring a triple hundred in only his third Test. He last played in the Maharaja T20 Trophy.

Karun Nair pleads cricket to give him ‘one more chance’. Courtesy: Reuters

By India Today Web Desk: Indian batter Karun Nair desperately wants to revive his cricket career. After becoming one of the very few batters from the country to score a triple-hundred in Test cricket, he hasn’t got a lot of chances. In 2018, he made a comeback to the squad before being mysteriously left out.

Nair made his international debut back in 2016 against England at the PCA Stadium in Mohali. In the fifth Test of the series, he scored 303 runs with 32 fours and four sixes as India went on to secure a victory by an innings and 75 runs at the MA Chidambaram Stadium in Chennai.

The 31-year-old Nair took to Twitter and wrote, “Dear cricket, give me one more chance.”

Nair last played for Mysuru Warriors in the Maharaja T20 Trophy. In 12 matches, the right-handed batter scored 257 runs at an average of 23.36 and a strike-rate of 146.02 with one half-century and a top score of an unbeaten 91 against Hubli Tigers at Srikantadatta Narasimha Raja Wadeyar Ground in Mysore.

Karun Nair was also a part of the Rajasthan Royals in the 2022 edition of the Indian Premier League (IPL). In three matches, the veteran scored only 16 runs at an average of eight with a top score of 13.

Last year, former Indian batting coach Sanjay Bangar said that Nair had a chance to stake his claim back to the national team due to his decent numbers in first-class cricket.

“One player who is in queue for the middle order could be Karun Nair because of his Test match record and also his overall first-class numbers. Karun had one or two average Test matches, and he was sidelined,” Bangar said.