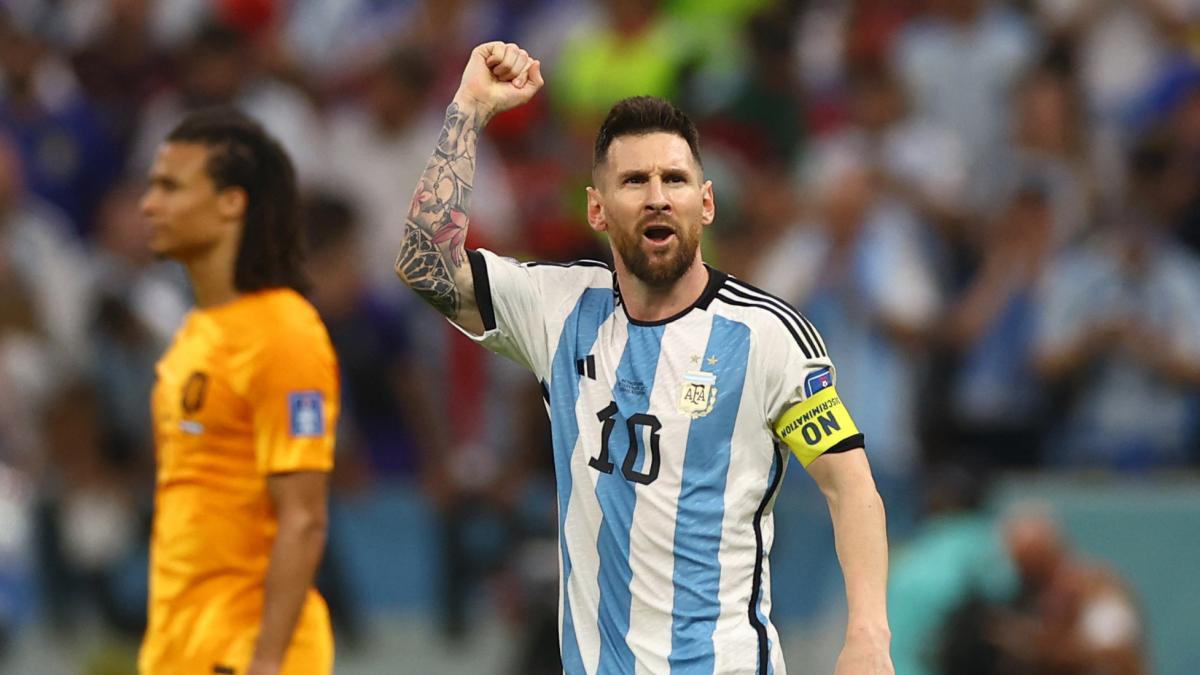 
FIFA World Cup 2022: Argentina went past Netherlands in the quarter-final of the competition after a nerve-wracking game. Emi Martinez starred for the side, saving two penalties in the shoot-out.

By India Today Web Desk: Argentina scraped past Netherlands in a nerve wracking penalty shoot-out to reach the semi-finals of the FIFA World Cup 2022. Playing in the Lusail stadium on Friday night, 120 minutes could not separate the two sides in a shot-shy game. Playing their toughest opponent in the competition, Argentina lost the plot in the final minutes of the regulation time, conceding two goals – first in the 83rd minute of the game and then again in the 11th minute of the added time.

Argentina looked set for a win going into the final 10 minutes of the second half having dominated the ball for the most part of the game. However, their complacency came back to haunt them as Netherlands hit back in the final stages of the match.

Things did not look this tense for Argentina for the most part of the game as they dominated the ball in the first half itself. A moment of brilliance from Lionel Messi in the 35th minute of the game paved the way for Argentina to make their mark. Messi ran into the box, and passed the ball to right back Nahuel Molina who broke the deadlock by tapping in the first goal.

A shot-shy Netherlands struggled to dominate for the majority of the game, and almost paid the price of losing the plot in the final moments of the match as they broke into a fight with the Argentine team, only to be broken by the referee. Netherlands tried hard in the final few minutes and threw the kitchen sink against the South American side.

Argentina went ahead in the 35th minute of the game with Nahuel Molina tapping in a beautiful chance orchestrated by the Argentine team. Like they have done in the 2022 edition of the tournament so many times. Argentina started off the attack on the right side of the pitch, but this time it was Molina, one of the players that have not shone in the competition so far.

Molina while running upwards, passed the ball into Lionel Messi, who cut inside just outside the box. Messi dropped Nathan Ake with a drop of the shoulder and then played the ball forward into Molina who had continued his run on the right hand side of the penalty box. Molina slotted a calm finish into the goal past Noppert, who could not do anything to keep Argentina at bay.

Argentina doubled their lead with Lionel Messi’s penalty kick in the 73rd minute of the game and just when it looked like the game was dead and buried, Netherlands hit back with two late goals. It must have been an absolute nerve-wracker for the Dutch fans at the Lusail Stadium, who had to wait for the 11th minute in the 10 minutes added time to see the equaliser for Netherlands. After scoring through a Weghorst header in the 83rd minute, Netherlands played out a stunning freekick routine in the final play of the added time.

With the players set all looking to defend a direct freekick, the ball was played into Weghorst, who decided to ran forward, take a turn and slot a finish home.

This forced the game into extra time, where both teams failed to dominate in attack. No teams had clear chances in the final 30 minutes, which pushed the game into penalties.

Netherlands captain Virgil Van Dijk was the first one to have his penalty saved, while for Argentina, Enzo Martinez was the only one to push his shot wide.

With the win, Argentina have moved to the semi-finals, for the first time since the 2014 edition of the tournament. They will face Luka Modric’s Croatia, who defeated Brazil via a penalty shoot-out themselves.

Telangana: Sarpanch attempts self-immolation along with husband in Nizamabad