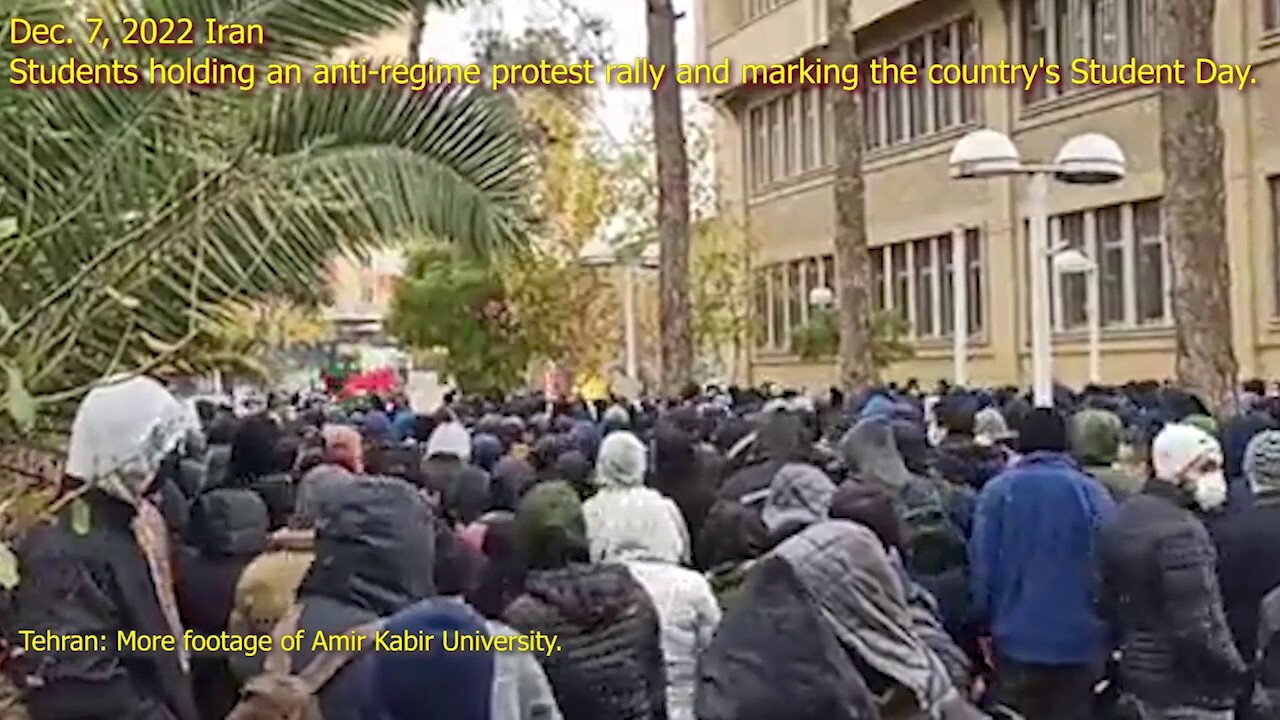 Mohsen Shekari, 23, was not the first Iranian protester to be killed Thursday for demanding freedom in the nation-wide demonstrations that have rocked Iran since September. Human rights groups estimate that over 450 civilians been killed, and some 18,000 arrested, in the nearly three months of demonstrations that have morphed into a nation-wide protest of clerical rule that the regime has been unable to contain.

But the government’s announcement of Shekari’s execution for “waging war against God” marks an escalation of its campaign to suppress the protests that could well signal the start of an even more violent phase of its crackdown.

While Washington has sanctioned individual Iranians tied to the regime’s repression and criticized the Iranian government’s “brutal” campaign of violence and intimidation, President Biden has yet to condemn the regime in a major speech or officially suspend his now stalled efforts to negotiate a return to the 2015 agreement aimed at stopping Iran from building a nuclear bomb.

His only direct support for the Iranian protesters was an off-the-cuff assertion that Washington was going to “free Iran,” a gaffe that was quickly walked back by administration officials. Nevertheless, Supreme Leader Ali Khamenei and President Ebrahim Raisi used it to accuse the U.S. of trying to foment regime change and blame the most serious internal protests in decades on American and Israel meddling.

While pressure on the administration to do more publicly to help the protesters and punish Tehran is likely to mount, Biden should focus instead on behind-the-scenes efforts to provide meaningful communications, intelligence and logistical support to Iranian protesters and to work with his European and Asian allies to diminish Iran’s revenues. It should also officially suspend the long-stalled efforts to revive the nuclear accord.

A major speech by Biden might comfort human rights groups and temporarily boost protesters’ spirits, but quiet diplomacy and logistical and intelligence support for the protesters are likely to be more effective.

Iran is determined to quash the protests sparked in September by the death of 22-year-old Mahsa Amini, who was arrested by the morality police for insufficiently covering her hair. At the same time, Teheran has quietly increased attacks on its neighbors. While Washington and its allies are understandably focused on Russia’s war in Ukraine, Iran has been ruthlessly shelling Kurds in neighboring Iraq, provoking American ships in the Arabian Gulf, attacking Saudi Arabia, and even increasing efforts to strike its enemies on American soil.

Tehran’s aggression will not be stopped by a presidential speech nor by the administration’s existing sanctions on Iranian officials. “Iranian officials could care less,” said David Pollock, a Mideast expert at the Washington Institute for Near East Policy who has focused recently on Iran’s deadly attacks on neighboring Kurds.

“Iranian officials and operatives don’t have American bank accounts and don’t want to travel here.” Instead, he said, serious efforts to help the Kurds and Baghdad counter Iranian aggression – by say, offering them a package of defense support – plus more intensive efforts to deprive the regime of revenue – are “far more likely to get Tehran’s attention.”

Human rights groups say that Tehran has sentenced at least a dozen people to death for alleged crimes during the protests. Another 30 are charged with crimes that could carry a death penalty. Depending on international reaction, Shekari’s killing may be just the first of Iran’s appalling judicially sanctioned murders.

Britain, Germany, and other allied governments immediately condemned Iran’s announcement of Thursday’s execution. But to be deterred, Tehran will have to fear the consequences of such international outrage. Washington must do more to stand with the Iranian people, but not just with words.

Judith Miller, a Fox News contributor, is an award-winning author, an adjunct fellow at the Manhattan Institute and a contributing editor of its magazine, City Journal. She was formerly a  Pulitzer Prize-winning investigative reporter for The New York Times. Her latest book is “The Story: A Reporter’s Journey.”