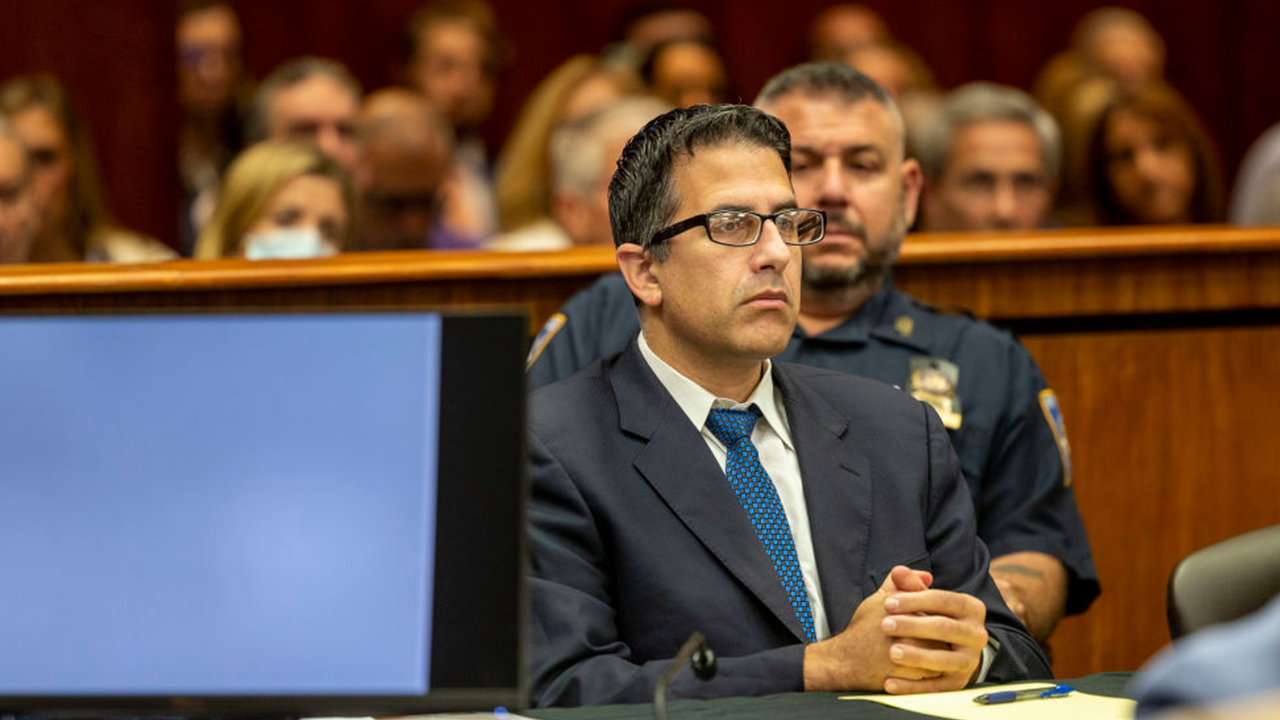 
A former New York City police officer was sentenced to 25 years in prison Thursday for murdering his 8-year-old son, who prosecutors say was abused during his short life.

Michael Valva, 45, allegedly forced his son, Thomas, to sleep in an unheated garage in below-freezing temperatures in January 2020, which ended up killing the young boy. He was convicted in November of second-degree murder and other crimes, Fox New York reported.

“I have already sentenced myself to a lifetime of extreme regret, remorse and grief,” Valva said while addressing a judge before his sentencing.

Michael Valva, a former NYPD officer, was sentenced Thursday to 25 years in prison for the death of his 8-year-old son.
(Getty Images)

Investigators said the boy suffered abuse and neglect by Valva and his then-girlfriend, Angela Pollina, which began sometime around September 2017.

A report by the East Moriches School District in Long Island said Thomas and his brother arrived at school hungry and cold, soiled, or marked with scratches, bruises and cuts on several occasions.

“This is one of the most difficult and heartbreaking cases I have experienced in my nearly 30 years as a prosecutor,” Suffolk County District Attorney Raymond Tierney said. “The torture that killed Thomas and endangered Anthony’s welfare was nothing short of evil. Thankfully, the story of this defendant ends here, but the pursuit of justice for Thomas and Anthony continues.”

Evidence presented during the trial included security video showing Valva screaming at Thomas and ordering him to go outside in the cold temperatures to hose him down with water, causing the child to lose consciousness and fall face-first several times onto the backyard concrete paver patio, the news outlet reported.

Pollina is charged with second–degree murder and four counts of endangering the welfare of a child. Her trial is scheduled to begin on Feb. 21.