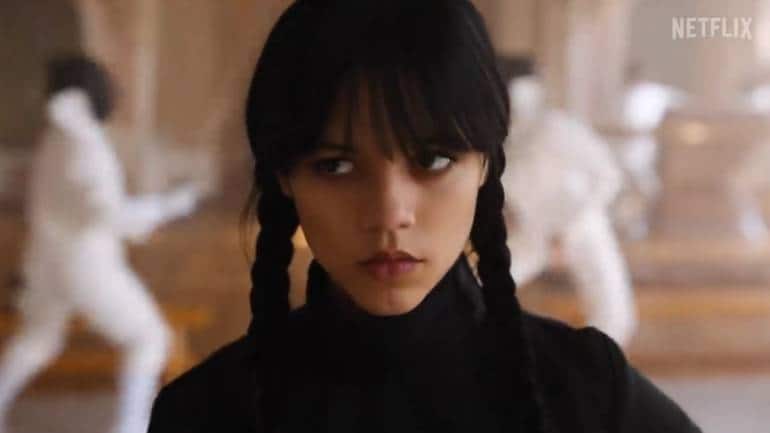 Jenna Ortega as Wednesday Addams is a study in remaining stone-faced, giving away nothing. (Image: Screen grab/Netflix)

Jenna Ortega, the actress who plays the titular character Wednesday Addams, would make Benjamin Graham proud. For one of the key elements of the character is she is stoned-face and not prone to major expressions of emotion. And that is perhaps how a good investor should be as well. So much of investing is about not following popular fads, not caring about disapproving looks from others, and getting to the heart of the problem and solving it while keeping emotions aside. Like an unironical Bobby Deol.  Or Uday Chopra on Twitter.

Wednesday is often accused of being unemotional and uncaring of others in her pursuit to stop the dangerous monster out to get the school. One can’t help feeling that if Sam Bankman-Fried had dated Wednesday Addams instead of Caroline Ellison, perhaps the FTX scandal would have ended very differently. Wednesday would have simply told Sam to come right out with the truth or she would threaten to bury him alive. And then do her epic prom dance number on his grave.

Some might call that uncaring and callous, I would call that a market intermediary satisfying her fidicuary duty even if it involves instructing a bodyless hand called thing to choke her boyfriend for violating securities law. If this sounds a bit like “Big Short” meets “the Exorcist”, then you would be as accurate as Wednesday’s archery skills because there are so many financial lessons from the series:

1) Werewolf over bulls and bears: Wednesday’s room-mate Enid is a werewolf struggling to hit peak errr werewolfness, and is often shamed by her mother for it. As an investor, often that mother is we ourselves as we shame and ridicule ourselves for every dip in our portfolio and exit just when the moon is about to go red. But Enid stays invested, not letting her mother’s jibes get to her, and just when her friend needs her the most, shows why remaining invested pays off during a black swan errr red moon event. Enid also mitigates the risks in her dating portfolio by diversifying across Ajax the gorgon and Eugene the nerd. Ensuring both growth and value stocks.

2) Sirens and cryptocurrency: Bianca the Siren is literally suckered by her mother to use her Siren skills to hypnotize gullible people into joining their cult and giving them all their money. She would make a great crypto influencer and probably convince gullible folks to shell out thousands for an NFT of a mermaid. The Siren Exchange Board of India has recently come out with guidelines that anyone with over 1 million followers cannot be used for mutual fund promotion. Maybe they can take a leaf out of the Biden Administration that seems to be following Sam Bankman-Fried on Twitter and treating him like a siren.

3) Cliffhanger endings: The first season ends with a lot of unanswered questions and a mysterious new villain. Anyone following the first season of Quantitative Tightening by the Fed has been going through similar emotions. Because even a 25 bps difference from what was expected can leave more bodies scattered in the streets than all the villains in the series combined.

We’ve been seeing a mysterious new villain surface like clockwork every Q1 for the last 3 years. Covid in 2020, Covid 2nd Wave in 2021, The War in 2022. As we wait for the next season of Wednesday and also for the next move by the Fed in 2023, one hopes to have Wednesday’s psychic powers to anticipate the movements of the market. And if it looks like we’re all going to be buried alive in the financial turmoil to come, at least like Wednesday we hope we even come to enjoy it.