Georgia cements itself as a swing state after runoff 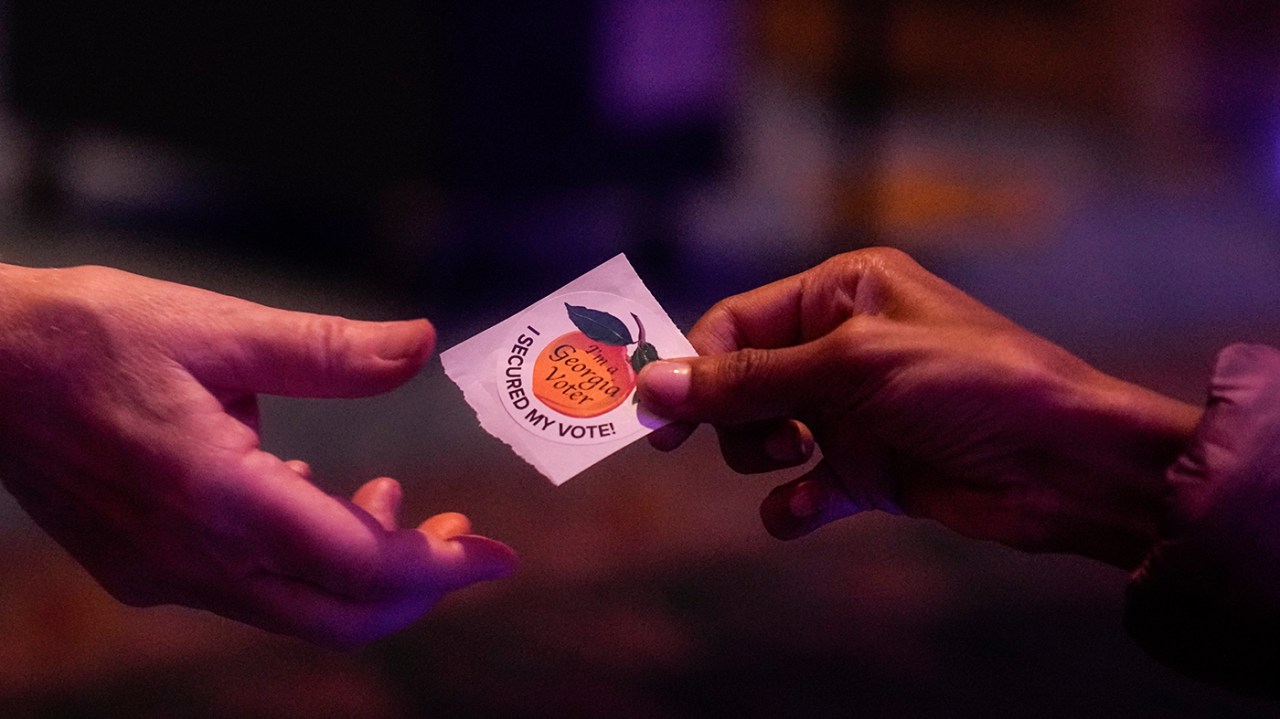 For years, Georgia has been a deep-red state. But after securing President Biden the White House in 2020 and electing two Democratic senators, a changing demographic shows the Peach State has become a critical battleground state.

Coming out of the 2020 election, Georgia was thought to be a red state trending blue. But the recent reelection of Sen. Raphael Warnock (D), despite Republican Gov. Brian Kemp’s victory at the top of the ticket, underscores the extent to which the state has become unpredictable.

“After the 2020 cycle, what you saw was a narrowing trend of margins between Democratic and Republican candidates,” said Andra Gillespie, associate professor of political science at Emory University.

That trend is what allowed two Democrats — Warnock and Sen. Jon Ossoff — to be elected to the upper chamber, despite Georgians voting for a Republican governor.

“2022 was important because it would prove whether or not 2020 was an outlier or whether or not the trend itself would continue,” Gillespie added. “If we look at the decisive victories of everybody other than Herschel Walker at the statewide level, where they’re winning by margins that are less than 10 but more than five percentage points, that fits the narrative that Georgia is more competitive than it was 15 years ago.”

Part of that competitiveness comes from new voters.

Over the last 20 years, African Americans have moved back to the South in what has been dubbed a “New Great Migration.”

Though there was a mass exodus of Black families from the region in the early-to-mid-1900s — spurred by new job opportunities in the North and places like California — by the 1990s and early 2000s the South’s Black population began ticking up again.

Georgia led all states in migration gains though 2010, according to the Brookings Institute. And Black voters have consistently made up a core constituency of the Democratic Party.

But Asian Americans also began to settle in Georgia, and the demographic remains widely untapped by both parties. In July, a report by the nonprofit Asian and Pacific Islander American Vote found that more than half of Asian Americans have never been contacted by either party.

Now, the two voting blocs have become some of the fastest growing demographics in the state. Combined with liberal white voters, these populations created a new opportunity for Democrats in the last two elections.

But some of that opportunity might have been missed if not for candidates like Stacey Abrams, said Adrienne Jones, assistant professor of political science at Morehouse College and director of the historically Black college’s pre-law program.

Part of that mobilization was identifying key voters and telling them the stakes were high, Jones added. She pointed to SB 202, a bill many claim perpetuates voting rights concerns. Abrams ran a campaign focused on battling voter suppression and intimidation, reminding voters such tactics were built on systemic racism.

Gillespie said this approach was vital to turning out more democratic voters in the last election.

“Over time, we’ve seen Democrats, led by Stacey Abrams and others, start to identify voters who are more likely to be Democratic-voting, and they were registering them and educating them about the process to get them actually turned out to vote in elections,” Gillespie said.

Gillespie predicts that as 2024 gets closer, Georgians can expect to see even more investment in their state.

“When it comes to the eventual nominees, they start looking at where to deploy their resources, they’ll have a long list of competitor states,” Gillespie said. “Georgia is going to be on the long list. As people invest money, as people do research in the state, they are going to determine whether or not the race is actually still close.”

But Democrats will also need to maintain the momentum they have now if they hope to keep Georgia a swing state, Jones argued.

Though former President Trump ended up being a hindrance to the Republican Party’s expected “red wave” this midterm cycle, Jones said the competitors lining up for 2024 are more “streamlined” than the former president.

Florida Gov. Ron DeSantis (R), a likely competitor for the White House, did oversee a smaller red wave in his state, Jones noted.

“For the state to be in a position where their votes matter, I think it’s helpful for Georgians,” said Jones. “I think the state gets a little alienated and feels like well, it doesn’t matter what we do. I think for Georgia, this is invigorating. They liked the fact that Georgia folks are out here getting in the mix and that it matters what goes on here. It gives some gravitas, I think, to the whole environment. People want recognition, they want to be in play.”

Share
Facebook
Twitter
Pinterest
WhatsApp
Previous article
Rajinikanth’s ‘Baba’ returns: Is going on a trip down memory lane worth it?
Next article
Florida sheriff’s video on new student disciplinary measures sparks backlash; he refuses to back down
- Advertisement -