Goran Dragić shares a long history with Dallas Mavericks star Luka Dončić: ‘It’s nice to play with him but it’s not good when you play against him’ 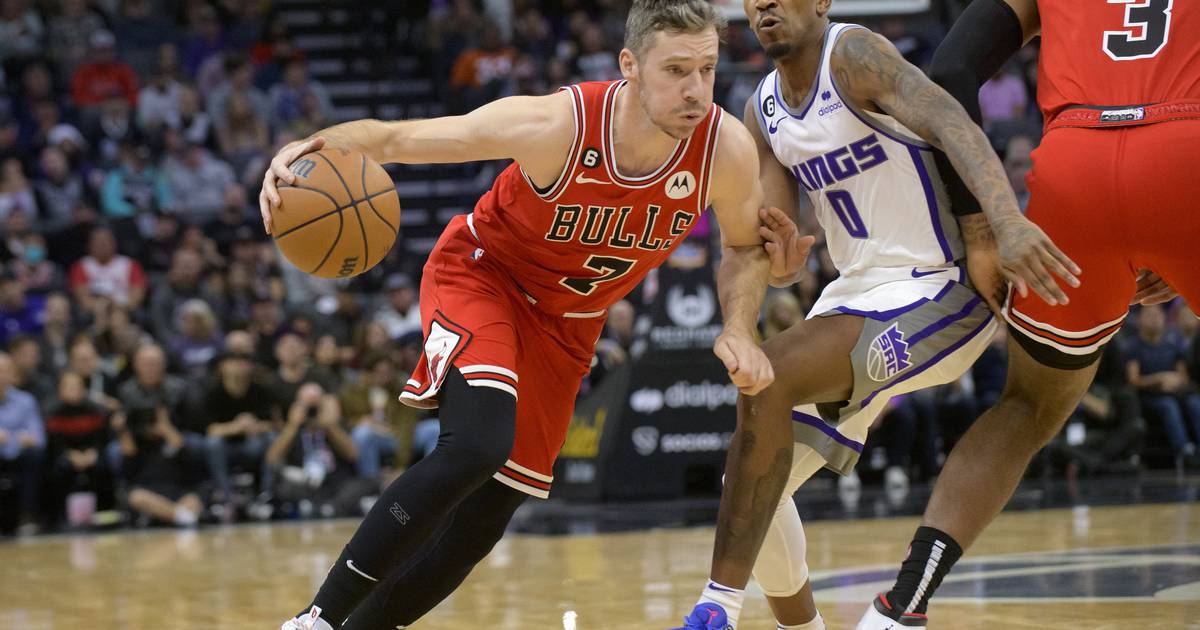 In his defense, the kid was only five years old. Before he became a star with the Dallas Mavericks, Dragić watched Dončić develop on the courts of the Slovenian national team while he played with his father, Saša Dončić.

Even then, Dončić showed flashes of the tenacity that drove his career to become a three-time All-Star — always with a basketball in hand, wiping the floor and shooting on the empty basket whenever there was a break in practice.

“It is a surprise when you look back to see that five year old became one of the best players in the planet,” Dragić said. “When we played together the first time for the national team in 2017, I already knew that he was going to be good. But it did surprise me that in such a short time he became such a dominant player.”

After 18 years as a spectator and six years as a teammate on the Slovenian national team, Dragić is uniquely familiar with Dončić as a player. But as the Bulls prepare to host the Mavericks on Saturday, Dragić admitted that extra familiarity doesn’t help much against a player of Dončić’s caliber.

“It’s nice to play with him but it’s not good when you play against him,” Dragić said.

Dragić echoed the typical praises for Dončić’s abilities as a point guard — his “cerebral” approach to the game, a nearly unmatched basketball IQ, a mind-boggling ability to manipulate passes.

But he also noted the edge Dončić adds to his game with his athleticism — as a 6-foot-7, 230-pound point guard, Dončić can physically battle with almost any player on the court while still maintaining his speed and agility.

“He’s making the right plays every time,” Dragić said. “If you want to take away his shot, he’s going to find a way to affect the game with assists. He’s just an all-around player that’s really tough to guard.”

Off the court, Dragić described Dončić “a copy of his dad”, balancing his intensity as a competitor with a goofy, light-hearted demeanor. Dončić played a major factor in encouraging Dragić to return to the national team this summer to compete in EuroBasket, which resulted in a quarterfinal loss to Poland.

Dragić said he’s still recovering from the heartbreak of that loss, but he’ll decide after the NBA season whether he will return to the national team next summer. If he returns, Dragić said it will be his last time playing for Slovenia.

“It’s not fair to give an answer right now because so much can happen,” Dragić said. “I told them the doors are opened, so we’ll see after the season.”

Whether it’s this summer or next, the end of Dragić’s international career will follow a through-line — starting with one Dončić, and ending with another.