‘Gossip Girl’ cast on Season 2, navigating scenes with an intimacy coordinator, and more 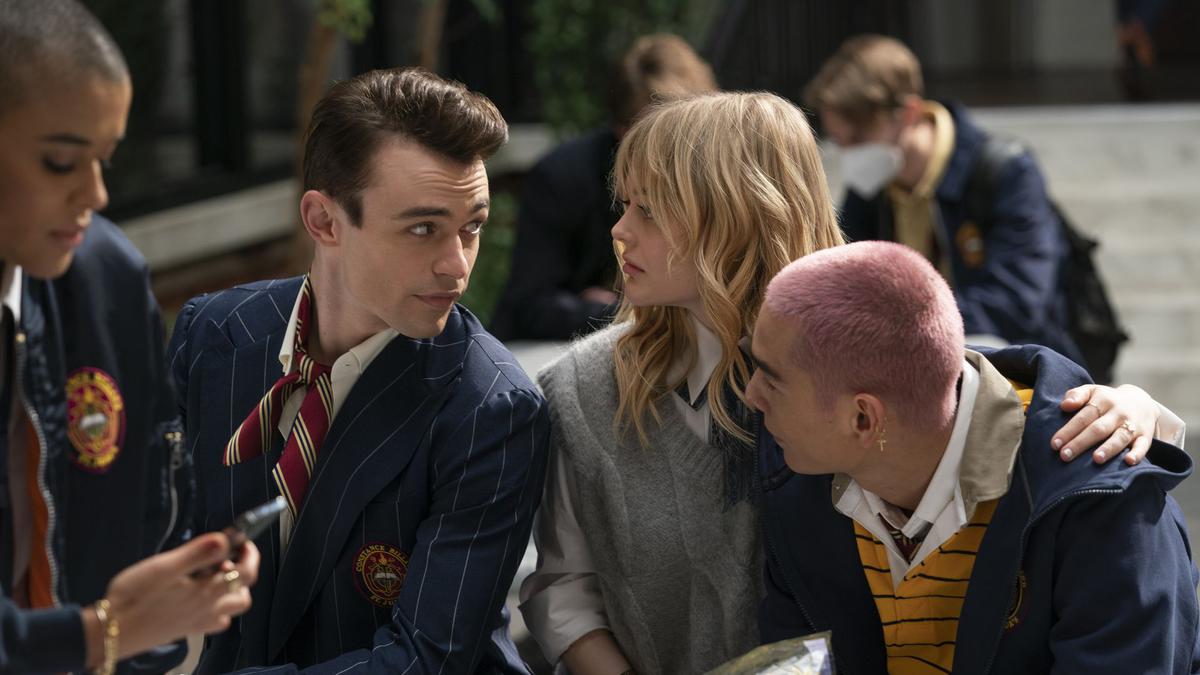 Hello Upper Eastsiders, Gossip Girl is back! (to be precise, the second season of the Gossip Girl reboot is back).

Season one of the reboot of the famous classic broke the record for the most-watched HBO Max original series over its launch weekend, and the bratty high schoolers are making a comeback this winter. Stars of the show Emily Alyn Lind, Evan Mock and Thomas Doherty, who play Audrey Hope, Akeno “Aki” Menzies, and Maximus Wolfe respectively, sat down to discuss the process of filming the show, navigating scenes with an intimacy director, and the rapport the actors share off-screen.

The original show which premiered in the aughts took the TV audience by storm with its over-the-top display of wealth, sexuality, and nudity in the corridors of a high school in the Upper East Side of New York City. The satire in the show worked primarily due to the characters’ lack of concern for the people that lived outside their penthouses and their refusal to be politically correct. The latest instalment, however, has the characters protesting and giving long monologues about the class divide — a futile attempt at rebranding a classic.

However, Emily, Evan and Thomas hold out hope for the show’s redemption. Emily makes it known that while the first season focussed on establishing the characters, the latest season dives into their backstories making way for heightened drama and a lot more “catfights” like the original. The trio, who are in a “triad” in the show, share multiple sex scenes together and are grateful to the intimacy coordinator for making the process smooth. Emily quips that intimate scenes can be daunting for young adults and that having an intimacy coordinator on the set felt like she had a say in the scenes that demanded her vulnerability.

“At the end of the day, we can have a laugh about it because it was done right”, she adds. Thomas shares that he felt comfortable shooting the scenes primarily due to the coordinator being around. Evan nods and says that they work as a nice safety blanket on set; he finds it hard to believe that this was not a job profile until recently.

Emily says that nudity or sex for the hell of it is really uninteresting, but notes that if it is required to further a storyline, it could be meaningful. She remarks that she had to refuse to participate in such scenes multiple times in her career, and stand her ground and say “no, this is not needed”. Advising her fellow young adult actors, she says that they can 100% say no to scenes they are not comfortable with. “Everything we have decided to do [in Gossip Girl] was to further along storylines”, she adds.

The trio have faith in the latest season and nod in agreement to the statement that they are indeed the fan favourites. “We’re fun and we get along well in real life and it shows on screen. We’re a comedic relief and we match each others’ personalities”, exclaims Emily.