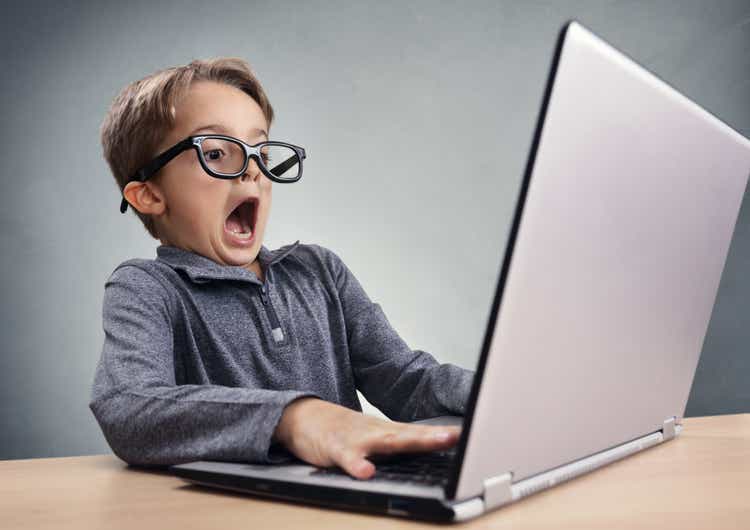 
All prices in CAD unless noted.

It’s been a year since we covered Headwater Exploration Inc. (OTCPK:CDDRF, TSX:HWX:CA) (“HWX”). We didn’t put a specific price target on it, but gave it a bullish rating, noting at the time they were trading at 4X OCF. We thought that was a bit low, as similarly priced rival Baytex Energy Corp. (OTCPK:BTEGF) was trading at 5X. Both rallied in 2022, but have given up gains largely to roundtrip back to where they started the year.

Does that spell opportunity for the year to come?

Let’s have a look at their latest report and see how they delivered on 2022 commitments. As usual when we do a catchup article like this, I am going to assume that you are familiar with the basics of the company which we covered in the initial deep dive article.

Headwater Exploration Inc. was formed to drill in the Clearwater area of the WCSB. The management of the company are all proven oil-finders, having cut their teeth at Raging River Exploration (merged into Baytex Exploration in 2018). This area has attracted a lot of attention over the last couple of years and a number of companies we discuss are drilling there. The key drivers are a mix of heavy and medium grade crudes, and well as the high permeability conventional reservoir. The combination here flows naturally without any sort of thermal intervention that requires a huge amount of upfront capex or expensive fracks. Instead this reservoir responds well to water injection, saving big chunks of capex and bringing with it low completion costs and low field declines. As perfect of a scenario as you could imagine.

We love companies that exceed and then adjust their guidance higher. It generally means they’ve done what I used to do when I was forecasting for Schlumberger Limited (SLB). I sandbagged my numbers to the low side, so I was always exceeding my forecast. Surprises to the upside are always welcome!

One of HWXs’ much ballyhooed acreage pickups was in the Marten Hill West core area. As I discussed in the last article, this is in the deepest section of the Clearwater, and you can see the local geology is pretty important in determining the IP-30. Clearly, success in this area is going to contribute to their attainment of production goals.

This 2020 pickup from Cenovus Energy Inc. (CVE) shows substantial improvement in output, from about ~6K BOEPD to the ~10K BOEPD they note below, with just 3.5 sections under waterflood at present. On the map, they delineate future sections to come under waterflood.

Greater Peavine had mixed results, with the stratigraphic tests failing to turn up oil. The company has paused Greater Peavine exploration in favor of focusing on the Seal area, near where competitor BTEGF has successfully brought in production. Typically, seal areas form a collection point for oil and gas in permeable reservoirs. Formed in the kitchen from source rock, they migrate surprisingly long distances, as they mature until they hit the wall. No seal, no oil is a famous expression in the oil industry. Seals are formed when tectonic activity or rock maturation creates impairment to oil and gas migration. Sometimes called a trap, the ability to locate these “traps” often defines a successful campaign.

Headwater Exploration Inc. realized adjusted funds flow from operations of $58.4 million and cash flows from operating activities of $72.1 million. This represented a YoY increase of 85% and 158%, respectively, over the third quarter of 2021, but a significant step down from the $81 mm in Q’s 1 &2. Lower netbacks and WCS differentials likely played a key role here.

I view Headwater Exploration Inc. as being de-risked at current prices. Oil seems to have found a floor in the low $70s, and most predictions, including my own, are for it to begin a rally. The WCS differential story is out there. The Strategic Petroleum Reserve (SPR) releases have come to an end – at least up to the time of this writing. China is relaxing Covid restrictions – perhaps for real this time – and the Fed is going to do a pause/pivot and take the pulse of the economy before crushing it further. When you add to that the current SPR inventory of 387 mm bbls, and the PADD inventories of ~415 mm bbls, this is a pretty good set up for the Canadian oil companies, including HWX.

Headwater Exploration Inc. is trading at about 5X OCF at current levels, a figure that is decidedly out of sync with the improvement in their price per flowing barrel of $76K per. Last year, this metric was $133K per barrel. They are clearly not being paid presently for the growth in their production for 2022, and no credit is being given for the steady growth to come.

The company has the attention of the analyst cadre, with 10 following it. Collectively, they have a buy rating on the stock, with targets ranging from $9.00 to $10.50-CAD, per share.

How do we get to $10.50? Let’s take their current run rate EBITDA of ~$200 mm and add another $60 mm for the production growth to 18K BOEPD, and that multiple drops to 4 ishX. To maintain a 5X, the stock needs to rerate to $6.00 USD, or $8ish in CAD dollars. So we didn’t get to $10.5 on production growth, but we might on narrowing WCS differentials, currently at multiyear highs. The SPR releases have taken a chunk out of Canadian crude differentials this year. With them coming to an end-hopefully, the Canadian companies should claw back some of that dough.

With their newly installed dividend of $0.10 per share, Headwater Exploration Inc. is demonstrating the value of being debt-free and keeping capital budgets in line.

I think HWX makes a strong case for investment at current levels.