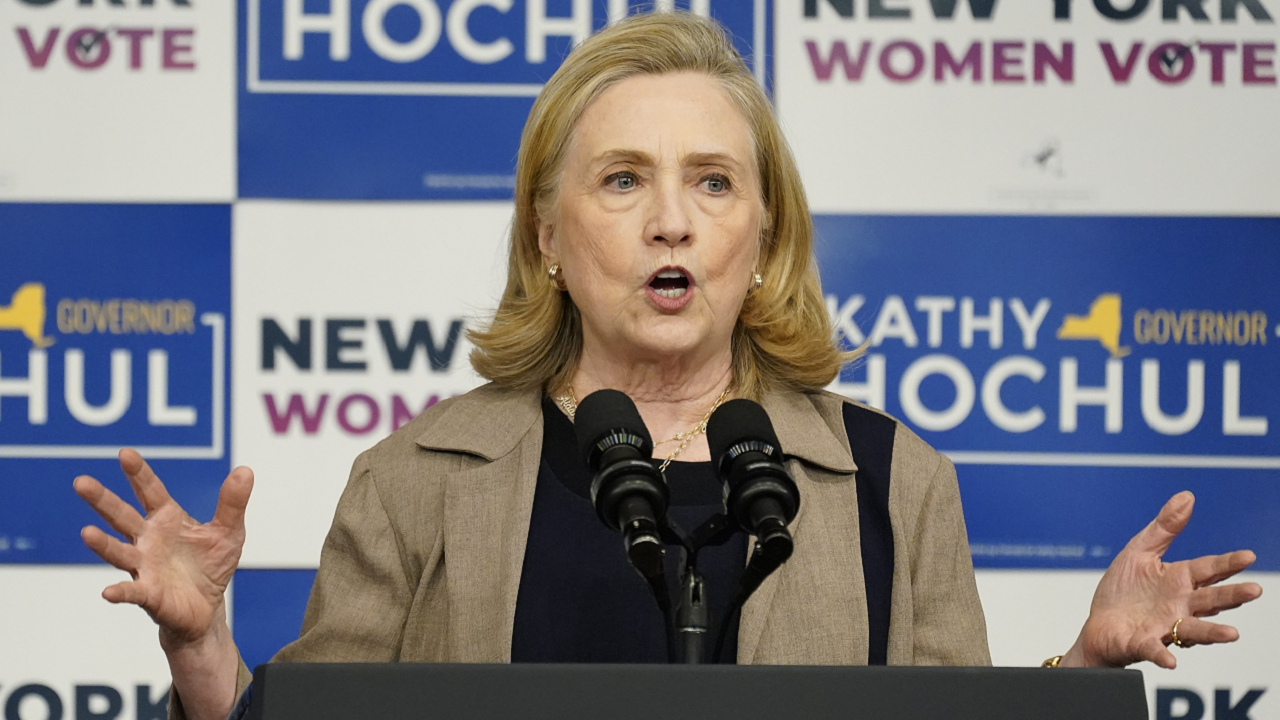 The First Lady of Country Music Tammy Wynette is back in the cultural spotlight 24 years after her death, thanks to a new Showtime series about her tumultuous marriage with George Jones, himself a country music king.

It’s an occasion both to appreciate the emotional depth of the vocal stylings of both Wynette and Jones but also to revisit a famous insult leveled at Wynette by Hillary Rodham Clinton. Hillary still owes Tammy an apology.

A portrait of country music legend Tammy Wynette taken in London in 1975.

Speaking immediately following the Super Bowl on 60 Minutes, as the Clintons were struggling to deflect the stories about Bill’s tawdry affairs, Hillary felt it appropriate to defend her husband by denigrating, in a faux Arkansas accent, Wynette’s greatest hit, the 1968 “Stand by Your Man.”

In referencing Wynette’s greatest hit, Hillary was presumably asserting that she was not standing by Bill, his dalliances notwithstanding, based on some antiquated set of traditional social morals.

Of course, she was doing something far worse. She urged voters to trust in his character only because she had hitched her ambitions to his career and was not about to let his peccadillos derail their marriage of convenience.

Tammy Wynette—born in rural Itawamba County, Mississippi as Virginia Wynette Pugh—was not herself standing for it, it should be noted. The First Lady of Country Music wrote a letter to the future First Lady of the United States.

“With all that is in me I resent your caustic remark…you have offended every woman and man who love that song – several million in number.

“I would like you to appear with me on any forum and stand toe-to-toe with me. I can assure you, in spite of your education, you will find me to be just as bright as yourself.

“I will not stand by and allow you or any other person to embarrass, humiliate and degrade me on national television and print without hearing from me.”

Most telling, however, Wynette—whose “tear in every note” artistry has never been matched—showed that she really had Hillary’s number. “I believe you have offended every true country music fan and every person who has ‘made it on their own’ with no one to take them to a White House.”

There lies the deepest irony in the differences between the two women. Clinton may have sworn allegiance to feminism but Wynette had lived it. She married at 17 in Mississippi and lived with her husband in a shack without running water.  Later, As a divorced single-mother, she had supported her children as a hairdresser in Birmingham. She moved to Nashville with no means of support, lived in a motel, and auditioned without an appointment at the office of producer Billy Sherrill, with whom she would brilliantly collaborate.

She never did stand by her man—divorcing Jones, every bit as a great a singer as she. Famously, even when she found stardom, she took pains each year to renew her Alabama cosmetologist’s license.

All utterly unappreciated by Hillary Clinton, who, as far as is known, never met with nor apologized to Wynette, who died far too young at age 55 in 1998.

The re-telling of Wynette’s years with George Jones could be the occasion for recompense on Clinton’s part. In Tremont, Mississippi, she could visit the Tammy Wynette Legacy Park, which “allows the visitor to take a walk through time from the dreams of a little girl playing piano and singing hymns in her small country church to becoming a country music legend.” One can only assume it could make good use of a donation from the Clinton Foundation.

Her deprecation of Tammy Wynette explains as well as anything why Hillary Clinton never became President. It foreshadowed her later dismissing half the country as “deplorables.” It revealed a shallow elitism and a disdain for traditional social values. If she really has an interest in helping to heal a culturally divided country, it’s not too late for an apology.