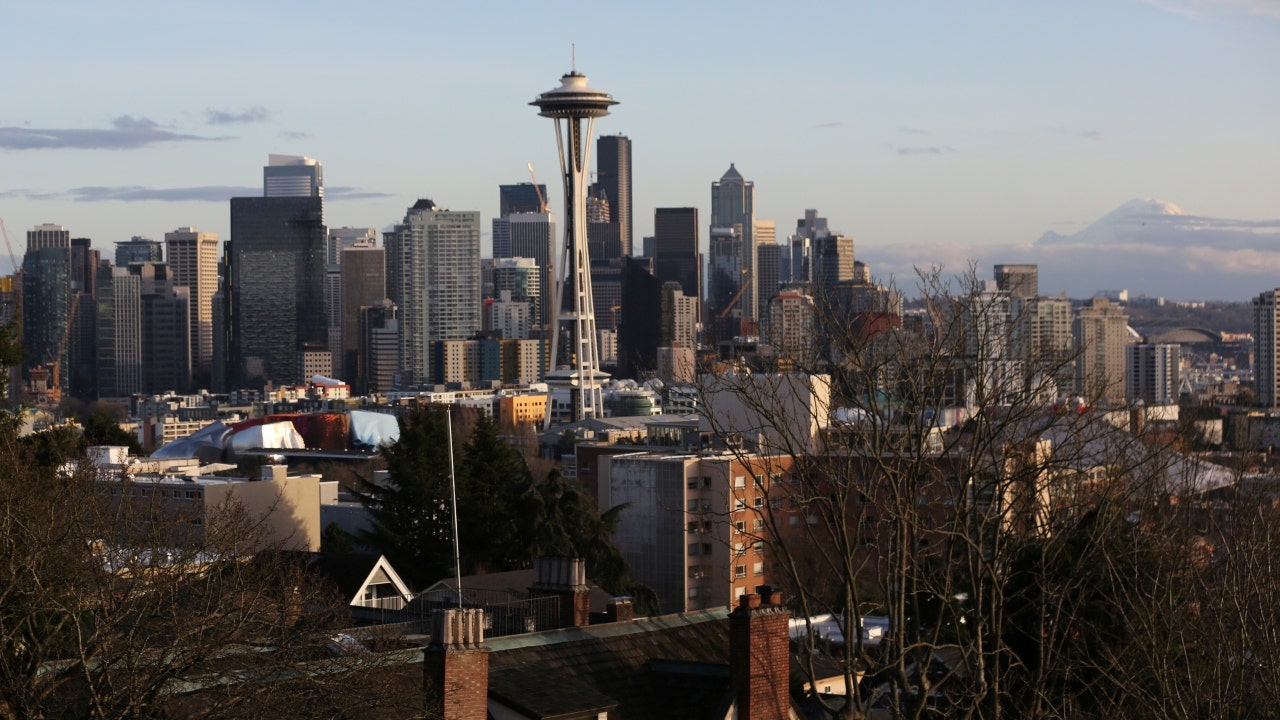 
Hundreds of Seattle businesses have applied for grants from the city to fix up storefronts damaged by rising crime in Washington state’s largest city.

According to a report by KING-TV, 430 businesses have applied to receive funds from Seattle’s Office of Economic Development which were made available to help business owners fix property damage that includes broken windows, broken doors, broken locks and etching on windows.

Datza Tamane, who owns a yoga studio in Seattle’s East Lake neighborhood, told the outlet she is considering adding her name to the list of businesses after a recent early morning break-in that left her store with a broken lock.

“I would love to have more little things to sell for our students but having less retail so they don’t have a reason to break in, and that’s why I transitioned to plants, too, because it’s hard to take plants in boxes,” Tamane said.

The Space Needle and Mount Rainier are seen in the skyline of Seattle.
(REUTERS/Chris Helgren)

The outlet reported that many small businesses have stopped carrying cash due to fears of being victimized by crime.

At least six businesses in the East Lake area, according to KING-TV, have applied for relief to fix damages to their property, including the restaurant Serafina, which has been broken into 18 times.

“We stock plywood in our back rooms and screws and keep our Skil saws on hand so we can board up windows that got broken this week. I don’t know why we pay taxes anymore.”

“I mean, 18 times in two and a half years is ridiculous,” Serafina’s owner, Christian Chandler, told WTTH radio host Jason Rantz. “And, you know, the fact that I’m even reaching out to these council members and the mayor’s office, requesting all this help … just do something for us. You know, small businesses are the backbone of the city of Seattle. I see restaurants closing weekly. And there’s more that the city could be doing to help us out.”

The program giving federal money to damaged businesses is funded by money given to the city for economic recovery and is doled out on a first come, first served basis as long as the damages occurred on or after Jan. 1, 2021.

The Seattle skyline is viewed from a ferry.
(Reuters/Jason Redmond)

“We’re numb to this,” Yukon Trading Company owner Kevin Rinderle told KOMO News this week. “We stock plywood in our back rooms and screws and keep our Skil saws on hand so we can board up windows that got broken this week. I don’t know why we pay taxes anymore.”

Surging crime has been a continuing concern over the past few years in Seattle, which includes a rise in violent crime and homicides since the start of the coronavirus pandemic as several liberal politicians in the area have called for police funding to be slashed.