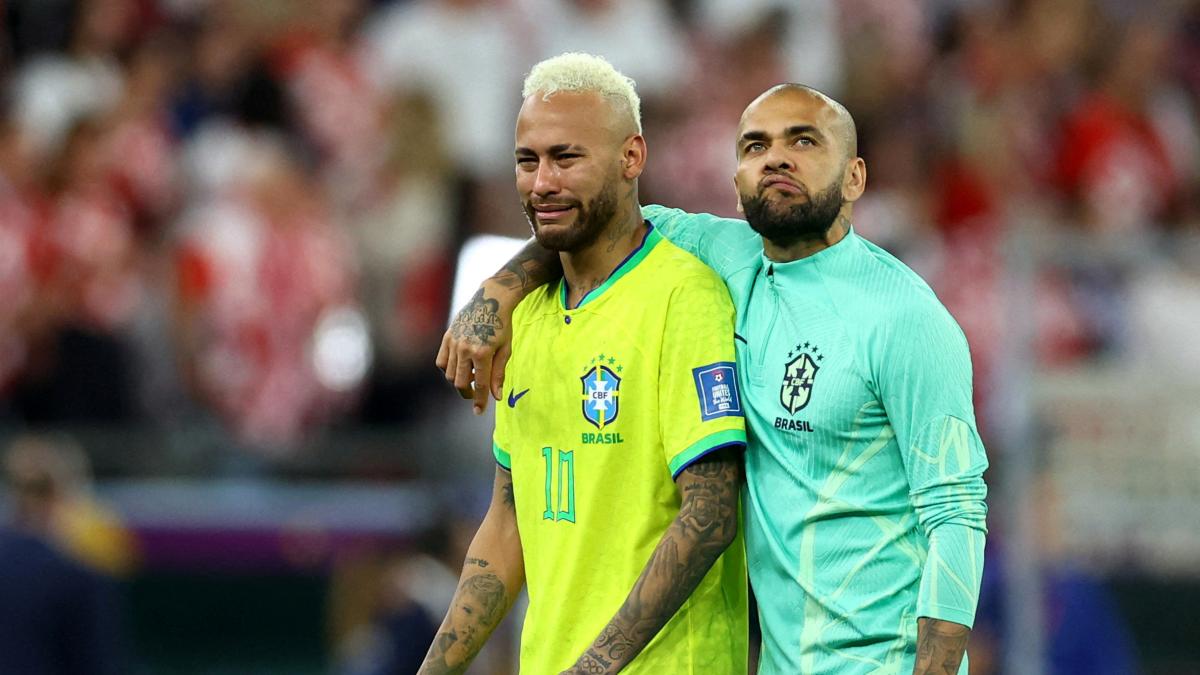 
FIFA World Cup 2022: A heartbroken Neymar has written an emotional note on Instagram stating that he has psychologically burnt out after the team’s exit from the tournament.

Neymar breaks down after getting knocked out of FIFA World Cup 2022. (Courtesy: Reuters)

By India Today Web Desk: Brazil were knocked out by Croatia in the quarter-final stages of the FIFA World Cup 2022. The entire Brazil side as well as the fans were reduced to tears on Friday evening as the five-time champions were shown the door. Neymar, who is playing his fourth World Cup, was inconsolable after he played an exceptional game, to keep Brazil ahead for the majority of the game.

The former FC Barcelona player who now plays for Paris Saint-Germain penned a heartbreaking note, stating that this loss was going to hurt for a long time.

“I’m psychologically destroyed. This was certainly the defeat that hurt me the most, which made me paralyzed for 10 minutes and right after I fell into non-stop crying. It’s gonna hurt for a loooong time, unfortunately. We fought until the end. That’s what I’m proud of my teammates because there was no lack of commitment and dedication,” Neymar wrote on Instagram.

Many believed that Brazil were the favourites to lift the trophy, having played the best football in the group stages. Neymar echoed the sentiment stating that this was an incredible group, but unfortunately the Gods were not on their side.

“This group deserved it, we deserved it, BRAZIL deserved it…But this was not the will of GOD! It was worth every sacrifice to feel the affection of each one from inside the field,” the player wrote.

He ended the note by thanking his fans.

“Thank you all for your support with our national team. Unfortunately it didn’t work out… it’s gonna hurt for a long, long time. Thank you for everything my GOD, you have given me everything so I can’t complain. Just thank for watching over me. All honor and glory are always for you, regardless of the circumstances,” the star player concluded.