Ishan Kishan after record-breaking 210 vs Bangladesh in 3rd ODI: I could have got 300 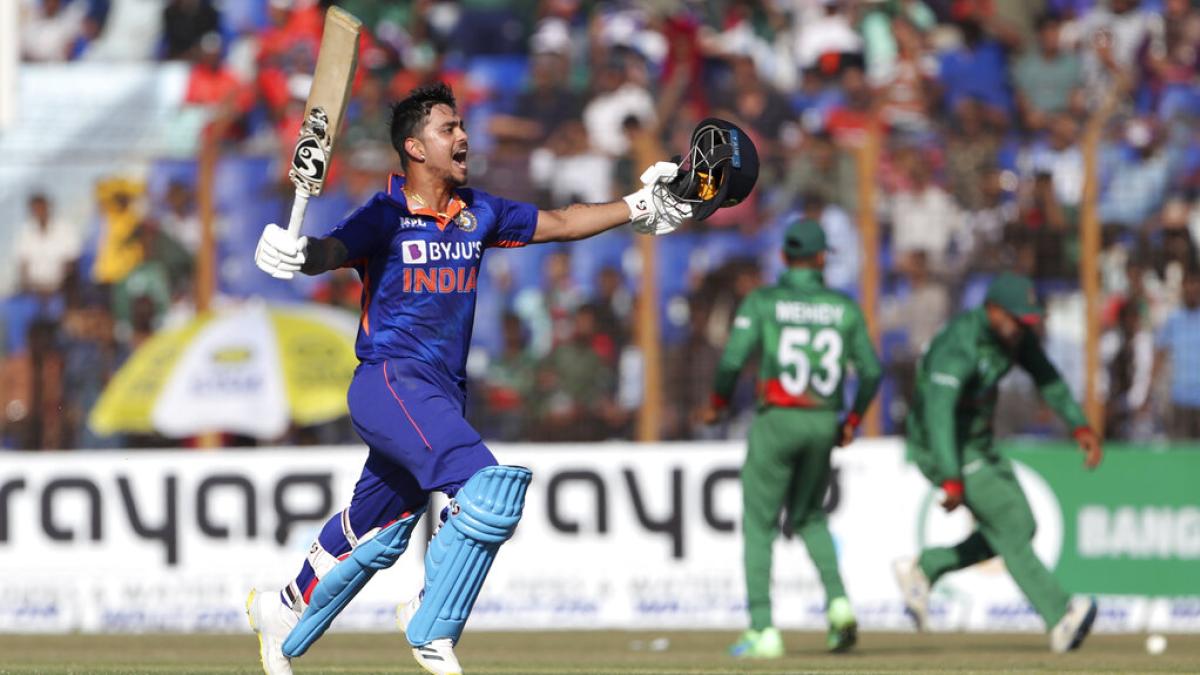 Bangladesh vs India: Ishan Kishan scored 2019 runs off 131 balls in the third ODI in Chattogram with the help of 24 fours and 10 sixes.

By India Today Web Desk: Team India batter Ishan Kishan said that he missed out on the chance of scoring 300 on a beautiful pitch to bat on in Chattogram during the third ODI against Bangladesh. On Saturday, December 10, the left-hander notched 210 runs from 131 balls with the help of 24 fours and 10 sixes.

Apart from being the youngest to score an ODI double century, Kishan also broke Chris Gayle’s eight-year-old record of fastest double hundred in ODIs. Kishan also joined the likes of Virender Sehwag, Sachin Tendulkar and Rohit Sharma as batters to get past the 200-run mark in ODIs.

However, he was a tad disappointed about not being able to carry on and become the first-ever batter to rack up 300 runs in ODIs.

“The wicket was too good to bat on. My intent was very clear. I am blessed to hear my name among such legends. I got out with 15 overs left. I could have got 300 also,” Kishan was quoted as saying in the mid-innings break.

The 24-year-old Kishan also thanked Virat Kohli for calming him when he was nearing his maiden ODI hundred. Kishan said that Kohli asked him to stay focussed and deal in singles when he was on the threshold of the three-figure score.

“I was batting with Virat bhai, and he was spot on with which bowlers I needed to select [to target]. I was on 95 and wanted to smack, but he calmed me down, saying it was my first hundred,” he added.

Kishan eventually got out while trying to take the attack to Taskin Ahmed, who was returning from an injury layoff. On the back of Kishan’s brilliance, India scored 409 for the loss of eight wickets in 50 overs. Kohli also went on to score his 72nd international hundred.