Ishan Kishan determined to grab chances with both hands after 210 vs Bangladesh: My bat will do all the talking 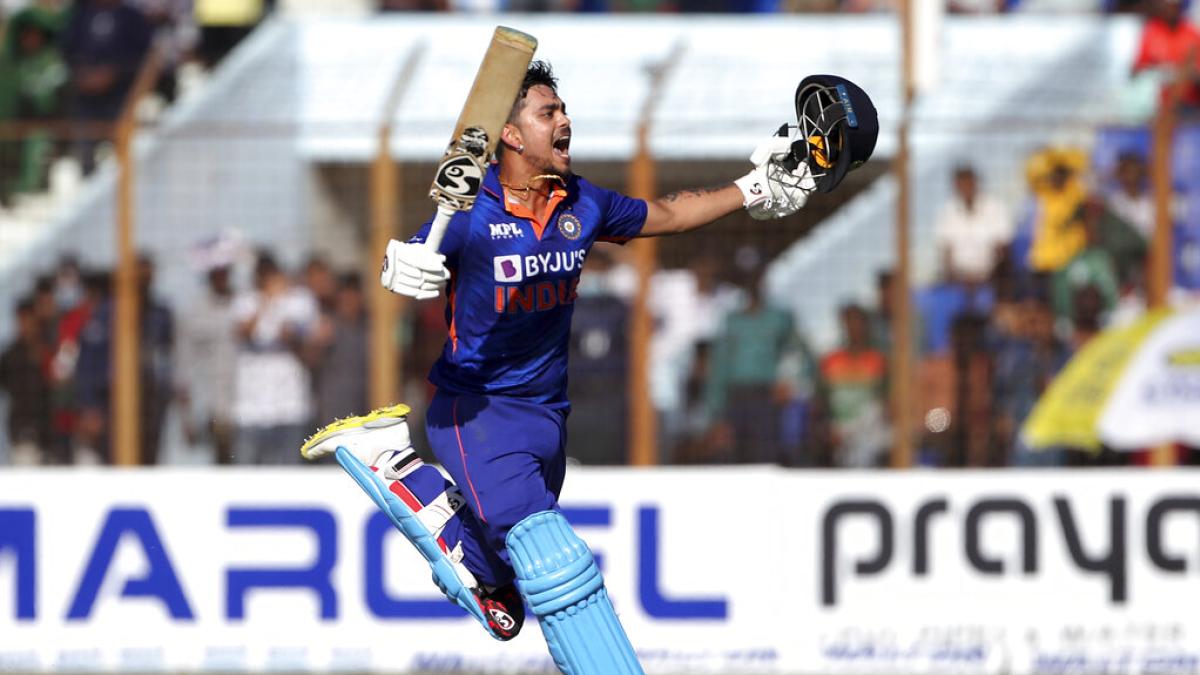 Bangladesh vs India: Ishan Kishan won the Player of the Match award in Chattogram after India beat the Tigers by 227 runs at Zahur Ahmed Chowdhury Stadium in Chattogram.

My bat will do all the talking: Kishan determined to grab chances after 210 vs BAN. Courtesy: AP

By India Today Web Desk: Left-hander Ishan Kishan said that he doesn’t clutter his mind with thoughts of whether or not he would get a chance to don the Indian jersey. On Saturday, December 10, Kishan was at his very best as he scored 210 runs off 131 balls with the help of 24 fours and as many as 10 sixes.

Kishan got a chance to play after Rohit Sharma was ruled out due to a thumb injury that he sustained in the second ODI in Dhaka a couple of days ago. The southpaw won the Player of the Match award after the Men in Blue secured a 227-run partnership for the second wicket.

“I don’t know if I am sure of playing in the next match for India. I don’t think of these. I only wanted to perform well when I get an opportunity. I don’t want to speak from my mouth, my bat will do all the talking. For every sportsperson, it’s the same, but now that I scored a double hundred, who knows,” Kishan was quoted as saying in the post-match press conference.

Kishan was also involved in a handy 290-run stand for the second wicket along with Virat Kohli, who raced to his 72nd international hundred. Kohli and Kishan came together after Mehidy Hasan Miraz got rid of Shikhar Dhawan early on.

“When Virat bhai came to bat, I was elated that I would get a chance to bat with him. I didn’t think about building that partnership, but I was happy on getting an opportunity to bat with him. I got to learn a lot from him,” he stated.

“When you are batting, you can’t understand for yourself, but you see the non-striker staying calm and observe what they are doing. I was trying to talk to him and I wish we share many such partnerships,” Kishan added.

Kishan also broke Chris Gayle’s record of the fastest double hundred in ODIs. Kishan got to the milestone off a mere 126 balls.