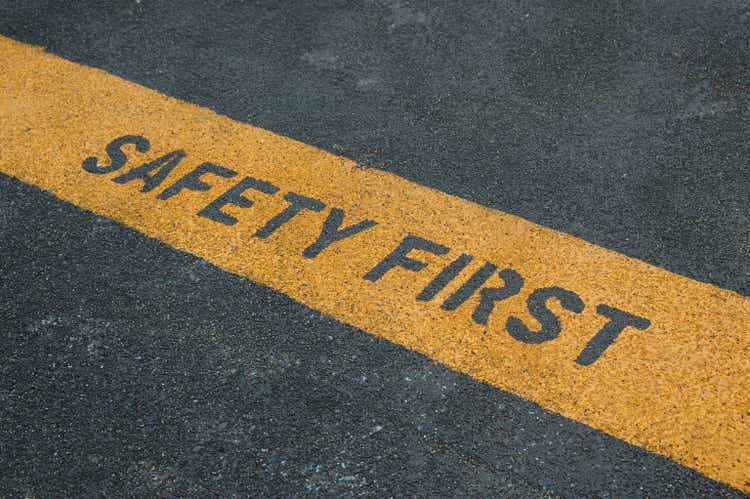 iShares Core 1-5 Year USD Bond ETF (NASDAQ:ISTB) keeps things short. Short-term, that is. It buys bonds maturing in 1-5 years. We are OK with the Treasury ladder that is the core of this ETF, but the corporate bond portion gives us pause. 2022 showed investors how nasty bond investing can be, if you simply expect the past to be prologue. Despite the fact that this ETF’s symbol looks a lot like my last name (Isbitts), I’m not positive on it. We rate ISTB a Sell.

ISTB tracks the Bloomberg U.S. Universal 1-5 Year Index. Bond indexes can be very complex, so let’s detail that further. This index, and thus this ETF try to mimic the performance of U.S. taxable bonds, including Treasuries, Investment Grade Corporate bonds and High Yield Bonds, whose maturity date is between 1 and 5 years from now.

ISTB is not what you’d call diversified. It is what you’d call extremely diversified! The fund’s more than $5 Billion in assets under management holds over 5,000 bonds. While it is an index fund, that index is quite active, turning over holdings at around an 80% annual rate. That, combined with the fact that only half of ISTB’s holdings mature in 3 years or less, implies to us that there is quite an impact from “rebalancing” activity. About 60% of holdings are in US Treasuries, and another 20% are in AA and A-rated corporate bonds. The remainder are divided between BBB-rated corporates (14% of the fund) and 6% combined between BB and B-rated bonds (both types are considered “junk” bonds).

ISTB is issued and managed by Blackrock’s mighty iShares ETF unit, the biggest on the planet. This fund is big and liquid at the fund level, with nearly $50mm worth of ISTB changing hands in the average trading day. The fund has not had a 10% drawdown in its 10-year history, though that speaks more to the asset class it targets than the fund managers’ acumen.

ISTB may be more risky than investors would think. We say that because, as with many other short-term bond ETFs, investors tend to be lured in by the fact that the maturities are short-term, so price movement shouldn’t be dramatic. But 2022 showed what we market historians (geeks?) have known was possible for a very long time. When the Fed hikes rates aggressively, those are short-term rates. When short-term rates spike as they did in 2022, funds like ISTB are in the sweet spot of danger. This chart shows how its 1-year rolling return fell of the proverbial cliff in 2022, down 8% year-to-date at one point.

If our concerns about the interest rate cycle, Fed activity in 2023 and the lower-rated bonds in ISTB all prove to be needless worry, this ETF can have a nice comeback. After all, its 1-year return is as low as it has ever been, and it bounced a bit in late 2022. In that case, the lower-rated bonds could fuel the resurgence in ETFs like this. We always assign a possibility of that, but to be clear, we think it is a low one. Even if one wishes to invest in short-term bond ETFs, we would favor US Treasury-only funds, and shorter average maturities.

That graph of rolling returns and the quick drop in 2022 is not simply a current market concern. Short-term interest rates may rise further in this cycle, and the cycle may take years to play out. So 2022 could end up not as the “bad year” but the first bad period for funds like this. If ISTB were US Treasuries-only, that would reduce our concerns a bit. However, that 20% allocation to BBB and junk a.k.a. High-Yield bonds adds to the risk. Those asset classes could all face intense price pressure in 2023 and beyond, as the credit markets are less liquid and more inflated (many BBBs should be junk-rated) than in the past.

This fund is an iShares ETF, so that automatically puts in in the upper class in terms of fund company prominence and, we’d expect, stability. So no major issues from a structure standpoint.

As noted throughout this report, we think investors can look elsewhere to participate in a unique period for short-term bond investing. T-bill rates have spiked, so as we see it, why press the issue by dipping into so-called “credit bonds?” That’s why we rate ISTB a sell. But hey, we do like the letters in the ticker symbol.